Previous news
Kernel market capitalization made $1.21 billion
Next news
The largest recipients of VAT refund for 2016 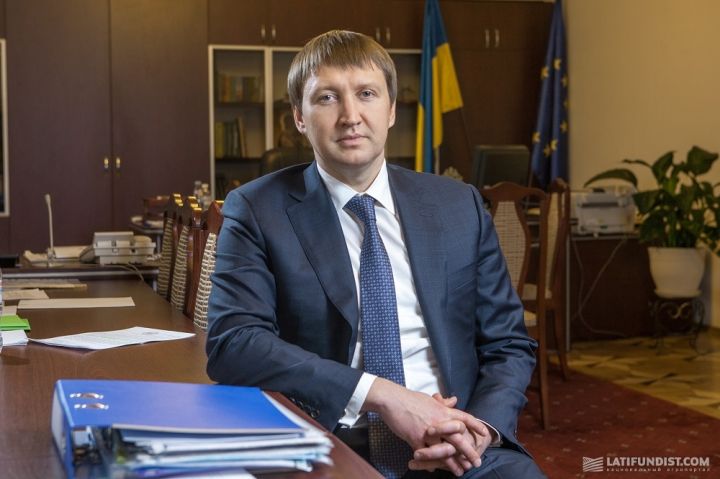 Minister of Agrarian Policy and Food Taras Kutovoy informed about the details of the draft law "On Circulation of Agricultural Land”. This information was shared in his interview for Economic Pravda, reports AgroPolit.com.

According to the Minister, the working group has been created, the World Bank and professional associations have been involved.

"As part of the national discussion platform, we want to raise this issue, understand the attitudes in the areas. We also intend to discuss it at the regional level. According to the law, in this case we have time until summer. However, in February-March already we need to present the bill, " explained Taras Kutovoy.

He also spoke about the details of the bill "On the circulation of land” and identified two key points.

"We need to begin with the sale of lease rights, with the tools that enable to establish the lease rights. The second step, which I would like to bring to public discussion, is the increase of land areas which individuals, who are the citizens of Ukraine, may own. Today it is possible to own one share of land. I believe the limit can be raised to 20 hectares, for example. In this case, the farmer may additionally buy two or three land shares. This will open up opportunities for over 25% of people, including those older than 70 years. From the point of view of human relations it is unfair to forbid an individual to sell, on the ground that someone believes he will get an unfair price", the Minister said.

Kutovoy added that the bill is in the process of development now, but its articles are being widely discussed with the community.

"We are entering the phase of the law "On circulation of agricultural land" discussion. The agricultural community is significantly fragmented. However, often in meetings, when we talk about the land market, people take categorical positions, and then change their minds and support the law, but in a different version. It often looks like this: we support communism, but in a separate village, we are against the sale of land, but we also support sale, but in a separate village and to a specific person. Here is what I have realised in these broad discussions. First, this question will not move forward until all players are given guarantees for their economic activity. All current land renters believe that any steps, even one simple step which I mentioned — to give a person the opportunity to own a share of up to 20 hectares — will launch the land redistribution", he explained.

According to Taras Kutovoy, there should be a mechanism within the framework of the land reform, which should grant the land renters preferential right of land buyout as well as receive state funding from this purchase.

We would like to remind that the Ministry of Agrarian Policy named the following priority activities for 2017: land reform, stimulation of the agricultural complex development, improvement of food quality and safety and organic market development.