Agriculture "In Vitro": How to Grow Meat, Milk and Eggs in a Laboratory 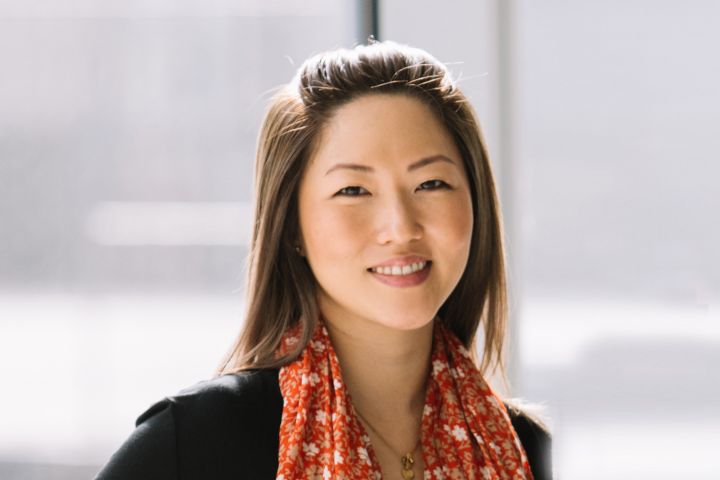 Crispy bread, fresh from the oven, chunks of home-made sausage, steamed milk, which you drink straight from a three-litre jar, standing barefooted on dewy grass... Alas, this idyllic picture may well become a utopia for an overpopulated and exhausted Mother Earth in the near future.

The population of the planet is growing at a 1.1% rate annually, and by mid-2050s it is expected to reach 9.6 billion people. We already eat more than 250 million tons of meat a year and this figure should be doubled in a quarter of a century. Now, the agrarians use about 70% of the cultivated agricultural areas of the world for producing forage resources. You can "hope" for the Third World War or an attack of aliens, go to global vegetarianism or replace meat with flour worms, but the consumer approach will obviously have to be changed.

But there is an alternative. We learned from Erin Kim, Communications Director at New Harvest, how to feed the planet and "grow" food in the laboratory. It was this organization that stood at the origins of cellular agriculture.

Latifundist.com: Miss Kim, do you suppose that natural meat will ever completely disappear from an average person's diet?

Erin Kim: Personally, I don’t. I think that's the way we were thinking in the earlier days of New Harvest in the 2000s. But I think that traditional agriculture will always play some role in the production of animal foods. By 2050, the world's population is projected to increase to about 10 billion people. Lots of people, including myself, eat and appreciate meat and animal products. As the population increases, I expect that the demand for meat products is going to increase as well. At the same time, I don’t think it is completely unrealistic to imagine the availability of cultured meat in some form, at some point in the future. 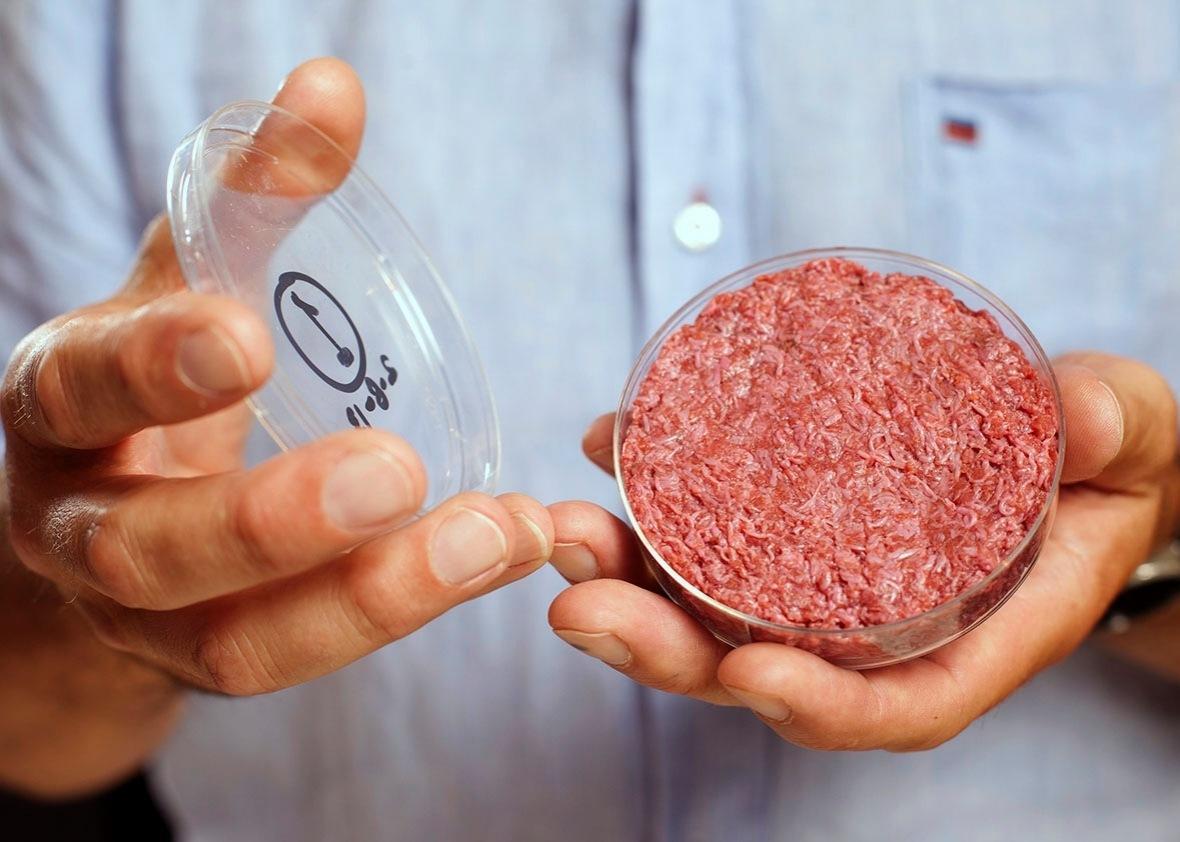 Research in the field of cellular agriculture is progressing, but slowly, and there are still obstacles which lie ahead: from scale up to regulation. Not to mention the study of its actual impact both on the environment and on human health. Until now, only small-scale prototypes have been produced.

Science is unpredictable. It is difficult for me to imagine that cultivation of meat will completely replace natural production. A lot of predictions have been made about the potential benefits of cellular agriculture, but these have all been speculative thus far.

Latifundist.com: Where are the "roots" of such research growing from?

Erin Kim: The discussion of the idea can be traced back to the 1930s. In those years, Winston Churchill predicted the production of artificial meat, pointing out "the absurdity of growing a whole chicken to eat a brisket or a wing, instead of growing these parts separately in a suitable environment." Tissue engineering is as a new field of medical science that has been in development since the 1990s, and cellular agriculture builds upon this with another aim. The end goal for cultured meat is the production of a large number of cultured muscle, fats, and other types of tissues for food production, and not for medical use.

Erin Kim: New Harvest was founded in 2004. Our founder Jason Matheny wondered why advances in tissue engineering weren’t being applied to growing animal tissues for food production. But the idea of culturing meat really took hold in 2013, when Dr. Mark Post of Maastricht University in the Netherlands created the first cultured beef burger, which was tasted at a televised event in London. 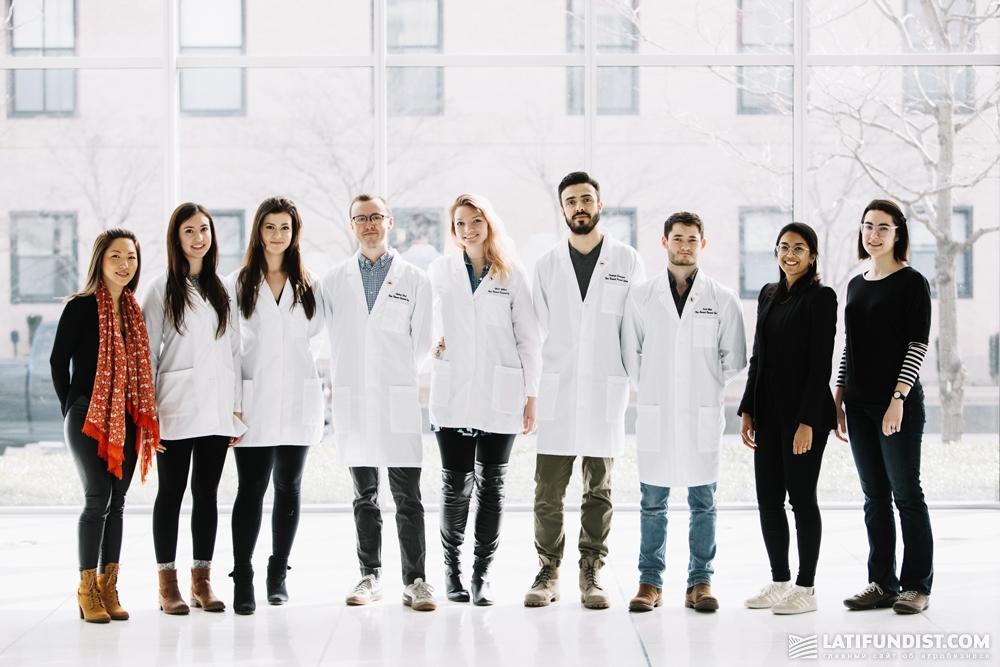 At that time the burger cost about USD 325,000 to make, which was made possible through (partial) funding by Sergey Brin, one of the co-founders of Google. After this, there was a huge wave of interest in cultured meat in the media. Now there are many companies in the field of cellular agriculture. But the reality is that it will take a lot more time, funding, and research to get products to hit the market.

New Harvest is a non-profit organization funded by donors. We, in turn, sponsor open research in the field of cellular agriculture with an emphasis on meat cultivation. Earlier we launched start-ups for research and growing eggs, milk and other types of food. For example, the Perfect Day Foods project is aimed at producing milk with the help of specialized yeast. Ultimately, it is hoped that this will help to eliminate the problem of greenhouse gas emissions that exists in animal breeding. Another start-up, Clara Foods, is working on the production of egg whites from yeast.

We understand that cultivating meat is a very difficult and expensive process, so we’re trying to share our research around the world in hopes that governments or some large funds would finance the cellular agriculture studies. From previously earned funds, we sponsor research in the US, Canada, Britain, and the Netherlands. I am also sure that there are many outstanding scientific minds in Ukraine. So we would be very happy to accept proposals for a grant. Every year we hold a worldwide scientific conference with a lot of interesting speakers. This year it will be held in Massachusetts 20-21 July. 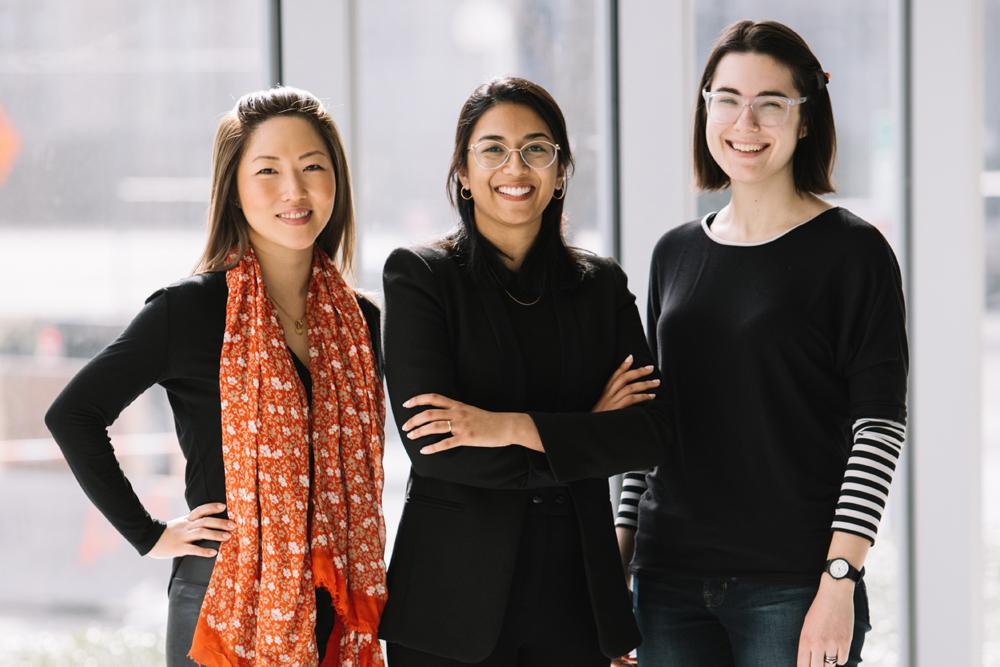 Latifundist.com: What are the advantages of cellular agriculture?

Erin Kim: Compared to their conventional counterparts, cellular agriculture products may have fewer environmental impacts, a safer and purer product, and a more consistent supply. This is because the product should be produced in safe, sterile, controlled conditions. Another exciting aspect of cellular agriculture is the ability to design and tune what you are making. For instance, you could make meat with fewer saturated fats and more unsaturated fats, or you could make leather of different thicknesses. You could make milk proteins without lactose, or egg proteins without cholesterol. 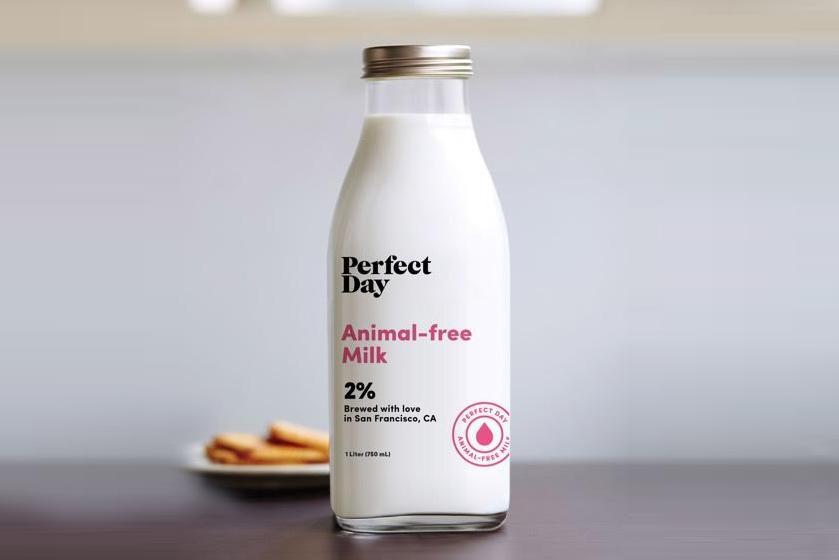 Latifundist.com: What do farmers all around the world think about it? Are they ready to adapt to the new reality?

Erin Kim: I think different farmers will feel differently towards cellular agriculture. One farmer from New Zealand was a speaker at one of our conferences, and he was not threatened by the idea of cellular agriculture. Instead, he believes that traditionally produced meat and dairy products will become luxury goods.

Latifundist.com: We eat too much meat...

Erin Kim: We do consume a lot of meat, especially in the U.S.

Of course, there are some farmers who don’t like the idea of cellular agriculture. And there are others who see new opportunities in it. We know a farmer from Wales who is interested in sharing pig cells with cultured meat researchers. In general, we are looking for ways of including more farmers in this conversation. If you know Ukrainian producers and processors of meat who are interested, we would be glad to welcome them.

Latifundist.com: And what about meat processors? What is their position?

Erin Kim: Some meat processors are now taking a more active part in the movement. They just want to continue their business. In the U.S., there are several large meat companies who have invested in alternative proteins and cellular agriculture. They are actively interested in what we do for their long-term strategy.

Latifundist.com: But if it comes to the artificially cultivated food industry, the world will depend more on scientists rather than agrarians. Are there enough qualified scientists in the world for research of this scale?

Erin Kim: The scientists are the most needed. We need more scientists to take on the fundamental research. This is a very specific type of technical knowledge. Therefore, we give priority to open research grants. We are striving to publish all of our scientific achievements in open access. We believe that open research is the best way to move forward faster in this area.

Latifundist.com: So far all this sounds more like a science fiction. It's strange that Elon Musk has not invested in New Harvest yet :) Such food would come in handy during the colonization of Mars.

Erin Kim: We get a lot of interest from space enthusiasts. If governments and large funders would support open cellular agriculture research, we’d see the advances happen much more quickly.

Latifundist.com: Do you consider the possibility that in the future small or medium-sized family farms will turn into ‘factory farms’ for the production of artificial animal products? Or they will only be engaged in crop production?

Erin Kim: To be honest, the question is speculative. Doing science you can assume as much as you want, but you never know for sure what will happen. People love to think about all these scenarios, and any of them may seem possible. But we just do not know until it actually happens. I think that it would be useful if most of these farmers and producers were actually involved and informed about the state of things in this area. If there are concerns about how this new field of science can affect them, they have to be even more involved in the process. 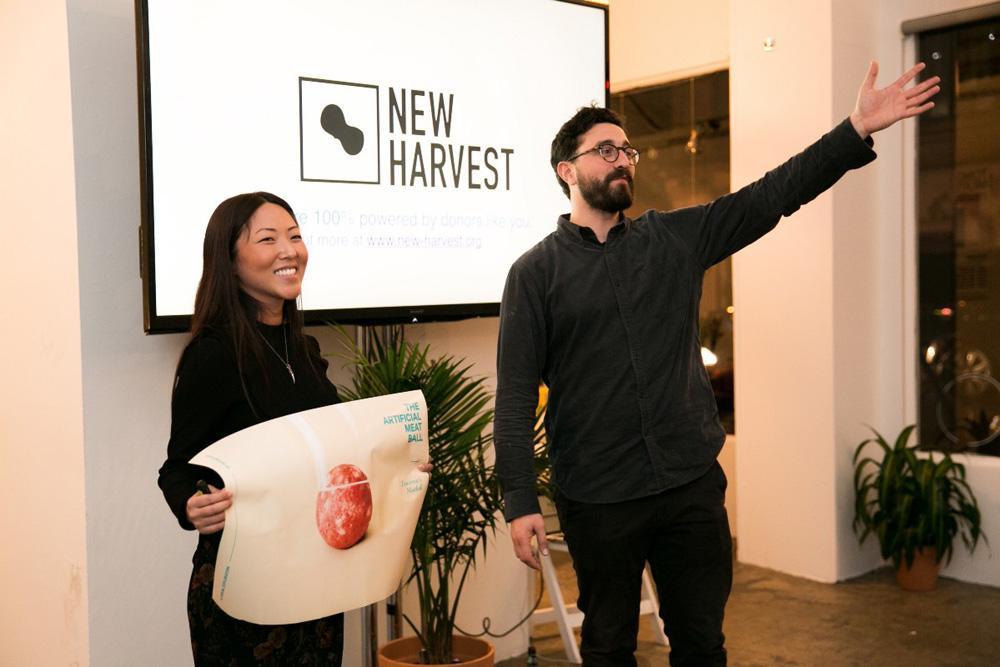 Latifundist.com: How are the developments in the field of taste and price going on?

Erin Kim: While there is an excessive speculation on the topic, price parity with conventional meat has not yet been reached.

The belief that people are willing to pay more for a product that is safer for their health and the environment is purely a hypothesis. It has yet to be checked.

Latifundist.com: Erin, how did you end up in New Harvest team and what was your path in this field?

Erin Kim: I found New Harvest on the Internet in 2013 when I was a law student in Canada. I was always interested in the question of how to remove animals from the food system. But there was little use in fighting for animal rights or a vegan mentality. At that time, the executive director of New Harvest Isha Datar needed help with some tasks. So I was a volunteer for two years. After I completed my education, I became the only non-scientific employee of the organization. Although for so many years in the company of researchers I freely communicate with them on many topics and tell about cell agriculture to the world in simple language. 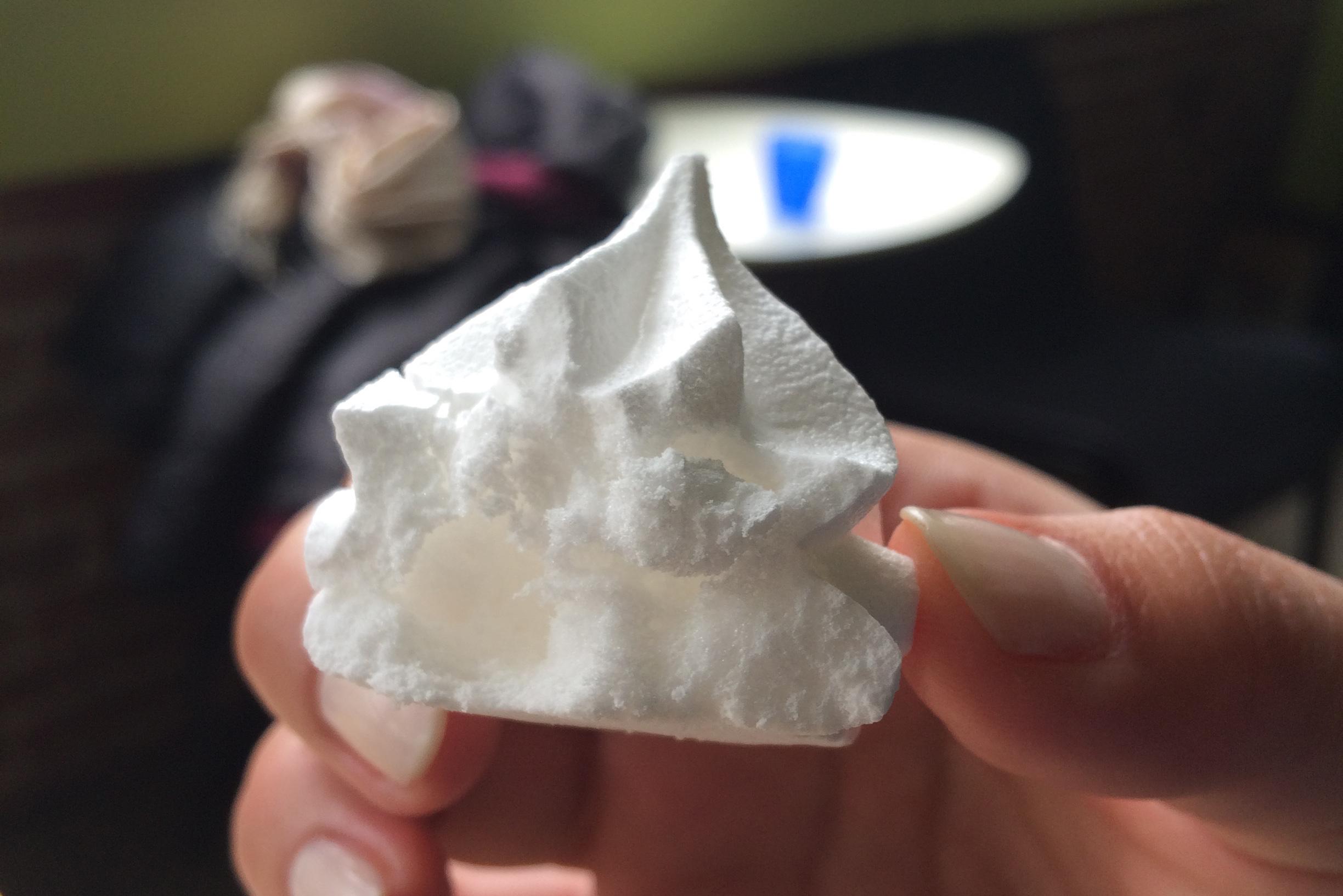 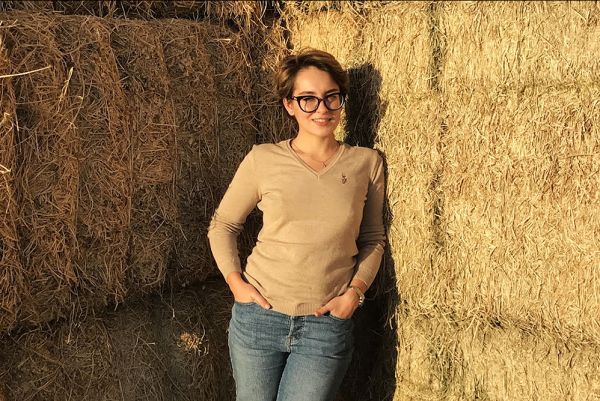