MHP announced on 18 March that the company is not planning to pay its upcoming coupon under the USD 350 mln 6.25% notes that is scheduled for 19 March 2022. It is noted that MHP is exploring various options with respect to it. The company will be approaching its noteholders as soon as practically possible to agree on a mutually acceptable solution with the goal of preserving its balance sheet strength for the key sowing season, the company's statement reads.

Since February 24, the National Bank of Ukraine (NBU) imposed currency controls restrictions prohibiting cross-border payments out of Ukraine, save for certain limited exemptions (such as, among others, own operations of Ukrainian banks and payments of the Government of Ukraine). The cross-border payments which do not fall under the exceptions can be made only based on individual permits to be issued by the NBU at the request of the Cabinet of Ministers of Ukraine, individual ministries or other state authorities of Ukraine. The resolution is silent about any further details on the procedure (e.g., timing, documents to be filed etc.) for the issuance of such individual permits. Currently, in practice, such individual permits have not been issued to private legal entities.

"As an organization, following strong corporate governance guidelines, the Board believes that it has fulfilled as best as possible all responsibilities to combined stakeholders with a strong focus on meeting the humanitarian crisis in Ukraine. The Company is the largest food producer still operating in Ukraine, which is under constant military attack by Russian forces. As a Board, we are united in our focus on meeting the needs of the Ukrainian people and our customers in the face of a humanitarian catastrophe whilst reorienting the Company's strategy to war-time conditions.

Against this background, the Company needs to consider the financial impacts of the War and as a consequence, it will be approaching bondholders shortly in order to begin discussions to seek a path where all stakeholders can be supported in the short to medium term while optimizing liquidity to sustain the Company in the long term.

The Board believes that there is a collective responsibility to find equitable solutions for issues arising from this crisis, the likes of which Europe hasn't encountered for over 80 years and the Board will be approaching these conversations in that spirit," says Dr John Rich, Executive Chairman of MHP SE.

As a result of the invasion, MHP has experienced a number of significant disruptions and operational issues within its business, including, but not limited to:

a. While MHP continues commercial poultry sales in Ukraine, its export sales have ceased due to port closure. Export deliveries via alternative routes, including by roads, are highly problematic due to logistical issues caused by infrastructure damage. In addition, domestic deliveries in some regions had been and continued to be significantly disrupted due to active hostilities. As a result of the current situation, the company's production facilities have been running at lower-than-normal utilization to satisfy domestic consumption. This has led to declining sales volumes and resulted in foregone revenues and losses for the company. Although it is impossible to predict the development of the war, the Company plans to undertake all necessary efforts to return to full-scale production as soon as practically possible.

b. The Company has been experiencing significant supply chain disruptions due to logistical challenges, including the supply of vitamins and minerals for the production of feed, plant protection materials, diesel and other inputs.

a. The company has been providing humanitarian aid (mainly through food supply) to the population of Ukraine (including, but not limited to, hospitals and orphanages) since the beginning of the war, despite logistical challenges across all regions of Ukraine. To support its efforts, the company has been working directly or in cooperation with volunteers. Since the invasion began, MHP has provided over 6,000 t of poultry products pro bono.

3. Destroyed stocks and limited access to stocks in certain territories as of the date of the announcement

a. As of 18 March 2022, the Company's poultry production facilities have not suffered any physical damage due to the invasion.

b. Although currently, the company is able to continue operations on the majority of its land bank, because up to 15,000 ha (approximately 4% of the aggregate land bank of the company) in Sumy and Kyiv region are temporarily inaccessible to the company, MHP's sowing campaign cannot be conducted in those regions according to schedule.

c. A stock of poultry products worth USD 8.5 mln was destroyed by a Russian missile strike on a rented warehouse in Kyiv region on 12 March 2022. In addition, the company estimates that approximately USD 20 mln of its poultry products are at risk in facilities located in temporarily inaccessible territories in southern Ukraine and Kyiv region, to which the company has limited access.

The above operational disruptions will continue to have an impact on MHP's financial position and results of operations. For example, MHP is preparing for its 2022 sowing campaign which has associated working capital requirements. Realization of the sowing campaign will be crucial for the continuity of the business. The success of the harvest is also expected to contribute to food security in Ukraine and internationally. While, under normal conditions, the sowing campaign is predominantly financed through the company's working capital facilities, the vast majority of the company's existing facilities are not available (including USD 154 mln) due to liquidity constraints in the Ukrainian banking system. 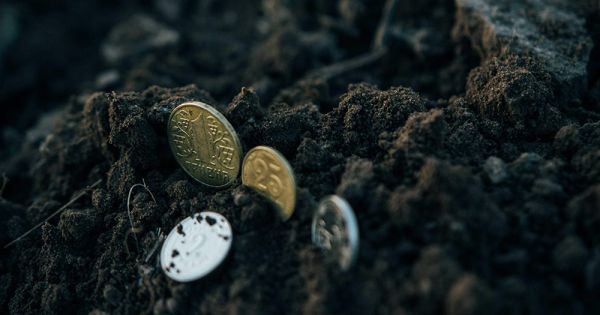