On a global scale, soybeans are equally important as wheat, rice and corn. This oilseed crop belongs to the relatively drought-tolerant group. South-East Asia with its long frost-free period, humid and hot summers is its natural habitat. Each year soybean products are becoming more common worldwide. For example, the production of soybean oil alone has boosted by 63% in the last five years.

Depending on the demand, the dynamics of soybean production and sown areas have their own trends. According to Kleffmann Group, the total global sown area in 2019 reached 122 mln ha. Five countries-leaders by production areas cover 106 mln ha, accounting for more than 85% of all sown areas in the world. The list includes:

Ukraine ranks 9th with 1.550 mln ha under crop representing 1% of the world areas. The same market share is held by Bolivia, Nigeria, Uruguay, the EU and the Republic of South Africa (RSA). 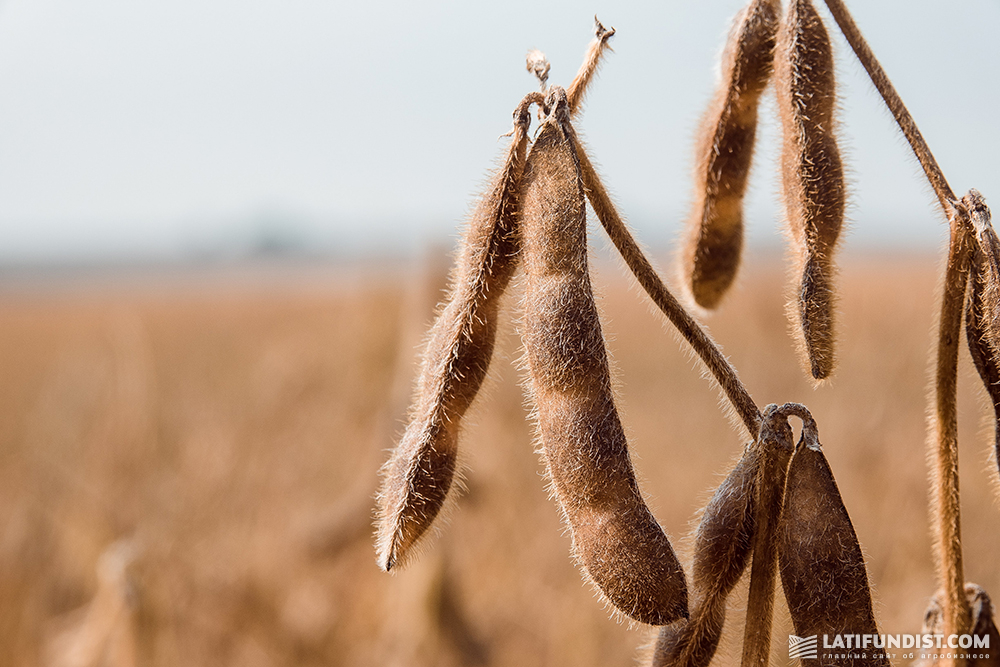 Brazil demonstrated the highest yield in 2019 — 3.3 t/ha, the USA and Argentina have practically the same level of 3.2 and 3 t/ha, respectively. Fourth and fifth places are held by the EU member states (2.9 t/ha) and Paraguay (2.8 t/ha). Italy is the absolute European leader in terms of production volume. In Ukraine, soybean yielded 2.4 t/ha in 2019.

According to the March 2020 data of Kleffmann Group, soybean production reached 336 mln t in 2019, having increased by 26 mln t or 8% within five years. Soybean production is domineered by Brazil, the US and Argentina, which account for 81% of global output. As projected by the USDA analysts, in the 2020/21 season soybean production will reach 362.8 mln t. This growth will be driven by two factors: the projected yield growth in the US and acreage expansion in Brazil. 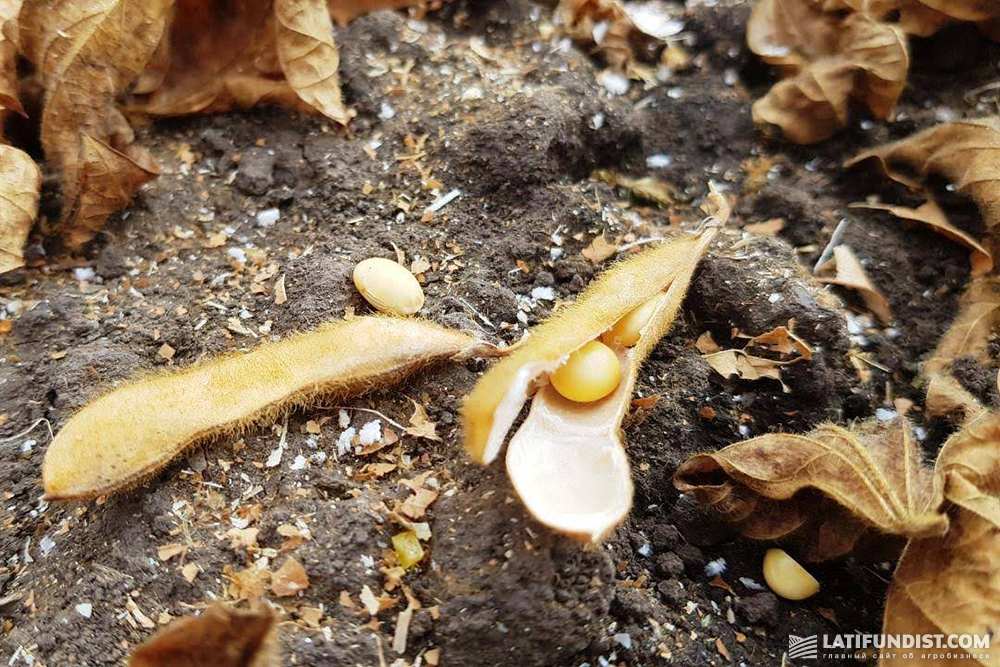 The country holds top positions in 2019 on all indicators: acreage, yield, production and export. On average, soybean production has increased by 8% over a decade and doubled compared to 2009. The country is export-oriented with 84 mln t or 66% of supplies.

Until 2019, the USA was the world leader of soybean production. Last year, the decline in production was triggered by a decline in demand for soybeans from China, as well as the impact of devastating spring flooding in many US states. However, this does not prevent the country from exporting almost half of its soybean production — 47 mln t.

Although soybean acreage has declined by 10% over the past 4 years, Argentina ranks third in terms of sown areas, yields and production. The country also ranks 4th by soybean imports: 3.9 mln t in 2019/20. In fact, it equals the volume produced by Ukraine. Practically all produced soybean is genetically modified (transgenic). Since September 2019, after 20 years of negotiations, Argentina is authorized for the supply of soybean meal to China.

When it comes to soybean, the country is import-oriented: this oilseed crop production stands at 18 mln t, whereas imports are 5x higher (88 mln t). The key importing countries are the USA, Canada and Brazil. China imports over 60% of the world's soybeans. In 2019, Argentina started exporting to China having upsized its share 29x.

The country is the fifth-largest soybean producer and the 4th largest exporter. Similarly to the USA, soybean exports from the country account for about 50% of the world's soybean production. With rather high yields and small areas, soybean takes a significant share in the country's economy.

India is Asia's second-largest soybean producer, despite its low yields. Indian states of Maharashtra and Madhya Pradesh account for 89% of the country's total production, according to FICCI. The country is set to increase its soybean exports and has therefore been increasing its soybean area in recent years. In H1 2019, the country increased soybean areas by more than 10%.

Until 2018, Canada's annual soybean production growth averaged 10%. In 2019, there was a 17% decrease in production, the reason being the reduction of areas and lower yields. Exports accounted for more than 75% of production in 2019 or to be exact, 4.7 mln t. However, soybean exports are projected to decline in the coming years due to a decrease in the sown area.

Soybean sown area in Russia is increasing with each year: in the last 10 years they have increased by 15%. Soybean production and consumption started scaling up since 2013/14. A spike in imports occurred also in 2013/14 due to the accelerated development of import substitution in the livestock industry of the country. Exports continue growing steadily. More than 40% of the soybean produced is exported.

Ukraine is the largest soybean producer in Europe. Soybean areas in Ukraine have expanded by 15% in recent years due to increased export requirements for oilseeds. Half of the soybean produced is exported.

Bolivia has been sharing the last positions in the TOP 10 with Ukraine for the last 10 years. This is explained by comparable indicators of yields, sown areas and production technology. Soybean is mainly produced in the Santa Cruz region. Under the USDA estimate, the crop accounts for 3% of the country's gross domestic product (GDP). 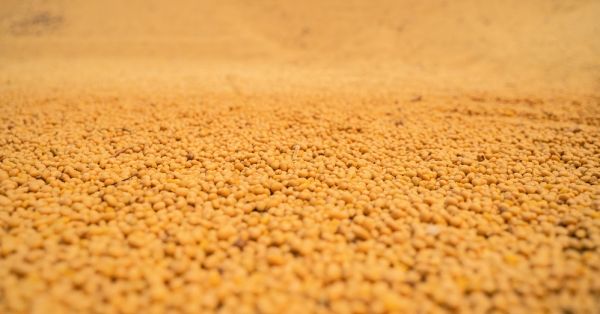 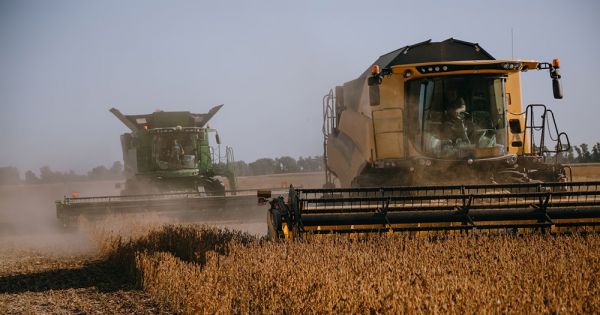 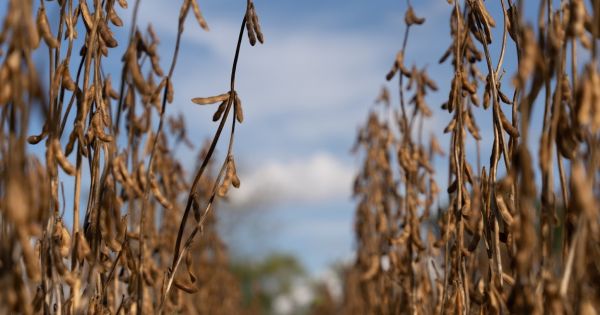