TOP 7 Egg Exporters from Ukraine in 2018

Ukraine is increasing its supply of chicken eggs to foreign markets. Over the past two years, the domestic producers have more than doubled their export volumes. If in 2016 the country delivered almost 850 million eggs abroad, then in 2018 this figure reached 1.79 billion eggs. The increase in exports was supported by both the growth in egg production and the opening of new markets. According to official statistics, industrial production of chicken eggs in Ukraine in 2018 as compared with 2017 increased by 6.4% to 8.9 billion. In private households, the growth stood at 1.4%.

The rating was compiled from the data of the Association "Union of Poultry Breeders in Ukraine".

Challenging times for the Ukrlandfarming group of companies and the Avangard agricultural holding have not yet passed. Nevertheless, in early February 2019, they managed to sign an agreement on debts restructuring in the amount of UAH 4.4 billion to the State Savings Bank of Ukraine (Oschadbank).

As the Deputy CEO of Ukrlandfarming Igor Petrashko informed that in recent years the profitability of Avangard has decreased from USD 300 million to USD 10 million.

On the situation at the beginning of 2019, about 50% of the production was traded abroad. The agricultural holding opens new markets and expands its customer base. For example, in 2018 Avangard carried out the first shipments of eggs to Hong Kong. Egg powder is almost completely shipped to foreign markets. Last year, the company exported 6 thou. tons of this product. According to Igor Petrashko, there are plans to increase sales of egg powder in the current year. The company is set to scale up the export of chicken eggs in 2019 to 1 billion. For the coming five years, Avangard has set a goal to boost exports to 70% of the total egg production.

The Middle East markets remain a priority for Avangard. Besides, in February 2018, the company received a certificate of products conformity to the Halal standard. At the same time, the company actively exports egg powder to the EU states. Avangard plans to increase its presence in Saudi Arabia and the Asian region and to open the markets of China, Japan and South Korea.

A vertically integrated holding company Ovostar Union slightly reduced the number of poultry stock and egg production in 2018. According to the company's report, as of December 31, 2018, the total number of poultry stock was 7.61 million, laying hens — 6.38 million heads, whereas in 2017 these indicators stood at 7.69 million and 6.62 million, respectively.

In the Ukrainian market, the company's products are represented under the Yasensvit™.

The company Inter-Zaporizhzhya is part of a vertically integrated agricultural holding Inter Edinstvo Holding — a group of enterprises specializing in various areas of agro-industrial production and consulting.

In 2018, the holding's poultry farms produced 1.2 billion chicken eggs, 200 thou. eggs more from 2017. Last year, the company also improved exports of products and expanded its sales geography. In 2017, Inter-Zaporizhzhya delivered 311.4 million chicken eggs to foreign markets, but in 2018 this indicator reached 347.4 million.

In 2017, the company exported products to the United Arab Emirates, Iraq and Qatar. In 2018, the producer opened the markets of Liberia, Chad, Ghana, Hong Kong, Saudi Arabia, Bahrain, Oman, Turkey and Moldova.

Two years ago, the Agrofirm Berezan Poultry Factory (Kyiv region) started the production of organic eggs and chicken meat. The company is certified by Organic Standard.

The company specializes in the production of commercial eggs and egg powder. The poultry factory capacity is more than 1.2 million bird places with a total egg production of about 200 million per year.

Podillya Poultry Factory is a vertically integrated company with assets in Vinnytsya region. Its structure includes facilities for young poultry stock and commercial hens breeding, as well as a feed mill, complexes for grain drying and cleaning.

In 2018, the number of laying hens at the enterprise did not change. Poultry stock equals 950 million, and today a planned replacement of 200 thou. head is underway.

In 2016, the enterprise opened new laying farms for 180 thou. of poultry stock. And, according to the company, this year the expansion of production is not scheduled.

In 2018, the poultry factory produced 230 million chicken eggs, largely the same as in 2017. In the current year, the producer is set to reach a similar output.

Last year, Podillya Poultry Factory exported 32 million eggs, slightly reducing external supplies due to global trends and price conditions. Despite the decline in exports, in 2018 the company expanded its sales markets, among those are Djibouti, the Gambia, Saudi Arabia and Somalia. This year, the holding plans to export 30% of the total production.

This year, Ternopil Poultry Factory celebrated its 48th birthday. The company started working with a few poultry houses. Today it is a company with a developed infrastructure that produces chicken eggs under the trademark Dobre Yaytse (Добре яйце) and egg products.

The factory is actively modernized. In 2016, the company launched a new line, enhancing the capacity to 10-12 million eggs per month. Last year, two new poultry houses were put into operation, thus increasing their total number to 8. In 2017, the average poultry stock at the enterprise was approximately 560 thou. head, in 2018 this number grew to 630 thou. head.

By the producer's data, last year, same as in 2017, the company exported 17 million chicken eggs. The Ternopil Poultry Factory exports products to Iraq, Africa and the Middle East.

Kyivagro Poultry Factory was registered as a legal entity in summer 2017. According to the YouControl analytical system, the ultimate beneficiary owner of the factory, located in the Brovary district of Kyiv region, is the Cyprus company SOFIA ORFANOU, one of the founders of Berezan Poultry Factory.

According to the Association "Union of Poultry Breeders in Ukraine", in 2018 Kyivagro Poultry Factory held a 0.7% share of the domestic market and exported 19.9 million chicken eggs. 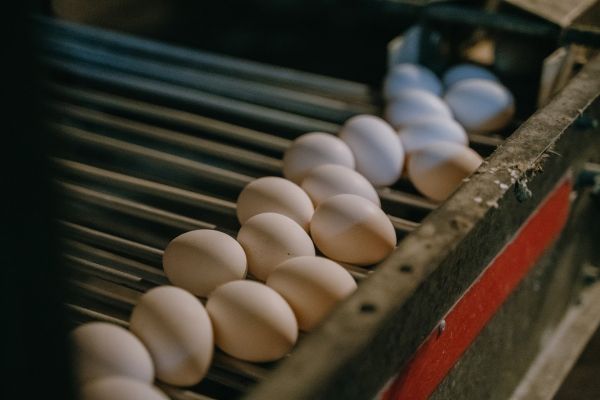 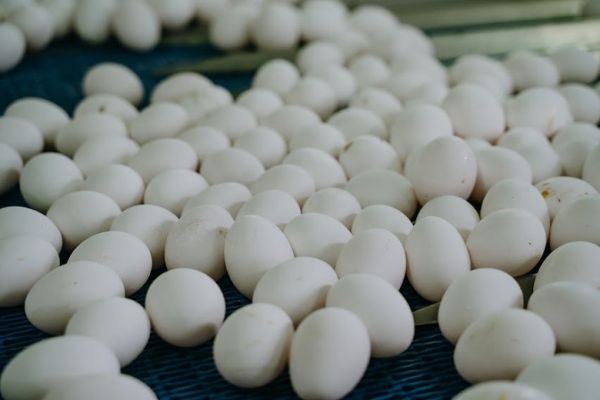 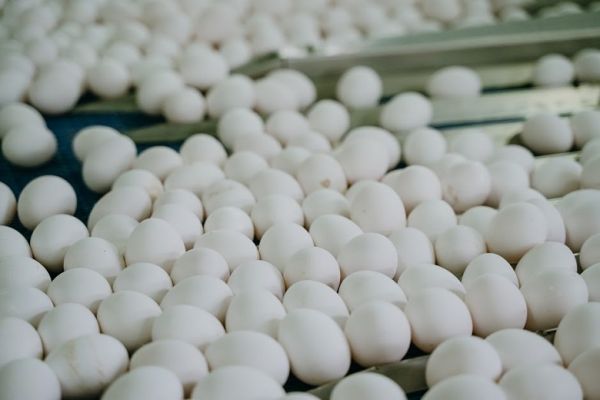