Everything Is Going to Be Cropio: Teaching the Basics of a Smart Agriculture Business in Kyiv 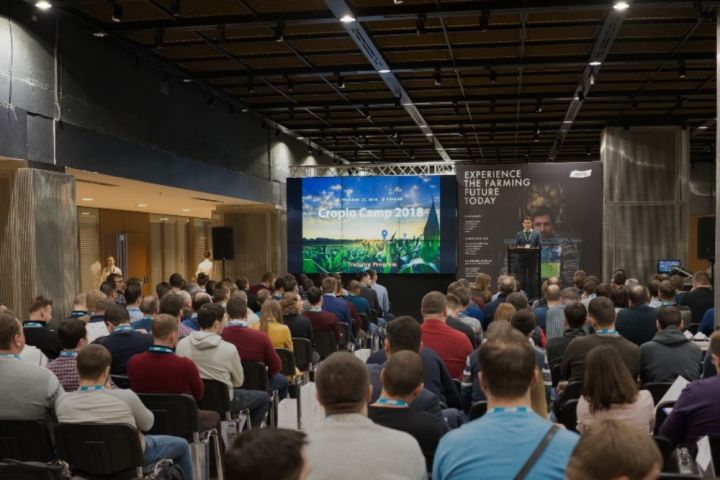 On February 27th, in Kyiv, a one-day intensive training, called CropioCamp, organized by the Cropio company was conducted. The training program covered new technologies, that are used in the remote crop monitoring systems, microservices integration within companies and transition of digital business-processes in agricultural companies. Latifundist.com is used to sharing useful knowledge. Despite being a closed door training session, here is the information for you to learn. 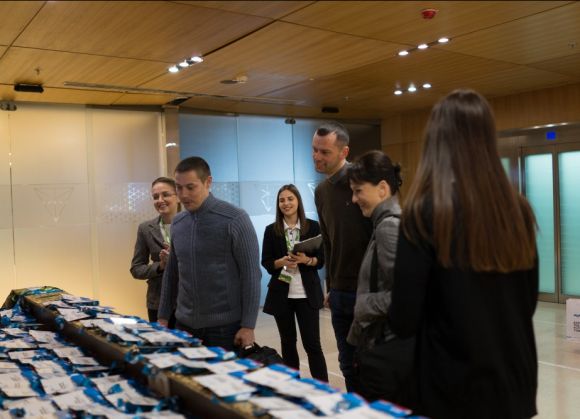 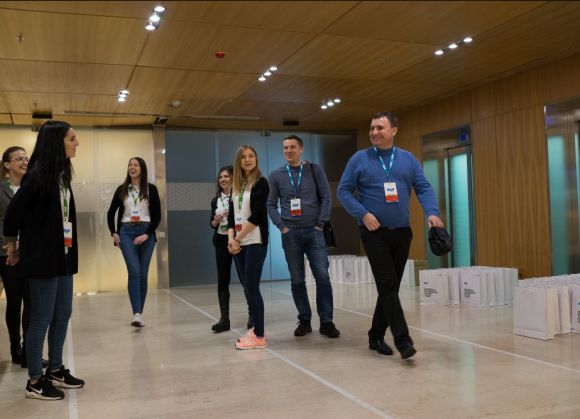 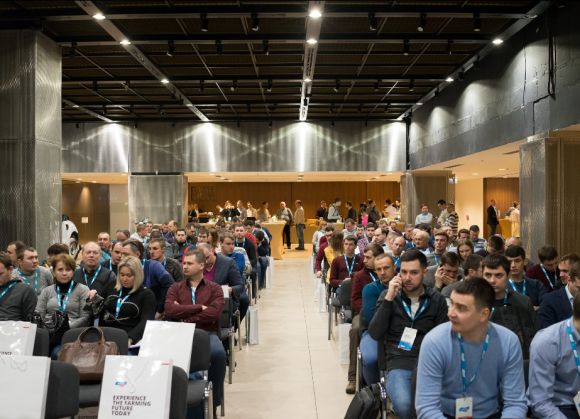 Over 250 people from more than 90 companies attended the event. The geographic origins of the attendees included not only Ukraine, but also Belarus, Moldova and Kazakhstan.

“We have gathered mostly our clients here. Only about 5% of attendees are folks that are still in the process of becoming our partners. Our main task for today is to increase the involvement of people in the work of the system itself. One of the main characteristics of the agricultural sector is the fact that people are not really used to working with new technologies yet. We want to reveal the true potential of those technologies, so that as many people as possible would use systems like our own and would gain better results. In spite of this, it is important that those people meet one another and the people in the industry. People use the system in different ways, the set of key features varies drastically, depending on the type of the company,” said Andriy Andriychuk, Director of the Cropio company in the EMEA region. 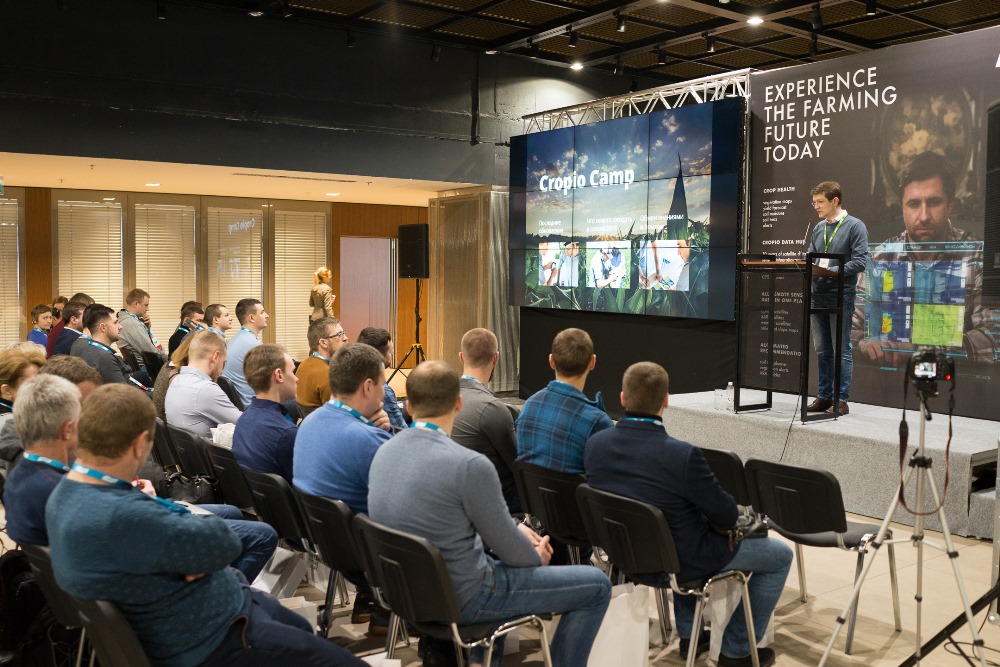 Thus, according to his words, many Cropio users incorporate a fairly limited set of features. Therefore, the full potential of the system stays concealed.

The training consisted of 60-minute modules. The subject of every module covered a separate function (or a set of related functions) of the Cropio system, including the practical examples of applying the given function. Here are some of the modules that were presented: Soil, Mobile applications, Variable Rate Application (VRA) maps, etc.

The managers were generally interested in control and management tools, such as Cropio Yield (Crop productivity forecasting and harvesting campaign online monitoring), monitoring center (sowing structure and a map with all the fields, painted in different colors, showing different levels of vegetation in the fields), scouting reports, etc. 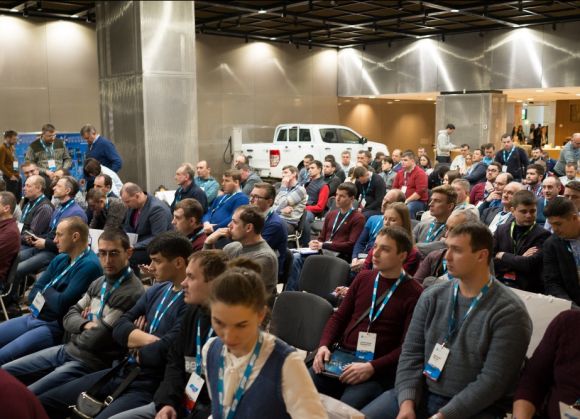 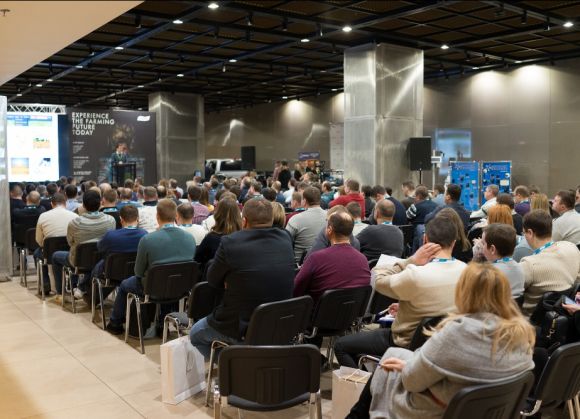 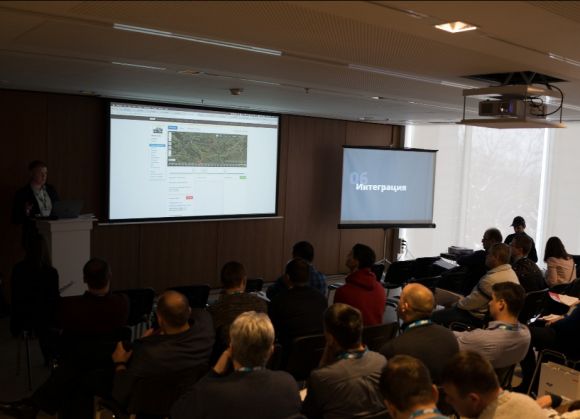 Modules were held in small groups and, at times, were transformed into broader panel discussions. For instance, someone from the farmers would ask a question regarding solving a particular production task in their company, and the other participants would share their experience in dealing with this type of a problem in their field: controlling and optimizing the trucks waiting line at the grain elevator, what type of fuel flow sensors are less sensitive to the quality of our fuel, how to execute a variable rate application of fertilizers without a specific machinery, etc.

At the same time, Latifundist.com had a chance to attend the “agronomic panel.” During that time, Cropio regional project manager, Maryna Koval, spoke to the attendees about a useful tool — soil sampling. Its primary purpose is to decrease the amount of soil sampling spots on the field and to determine the amount of samples without a harm done to the analysis quality.

Cropio uses two methods to do that.

Cropio selects the images of the plants vegetation in the field for the past 3-5 years time period and layers those images on top of each other. Then, on the generated image, the program defines the areas on which the crops have been developing either better or worse than on average on this particular field. The system then suggests specific spots for sampling and the number of probes needed to inspect problematic areas.

“The images reveal the areas, where the crops develop better. Those areas are usually colored in blue. There are the areas colored in red — those are the ones where the crops index is lower than average in the field. The program will recommend that you extract soil samples from those areas. By default, there will be 5 zones pictured on the image, but this amount can be increased. Also, all the areas may be changed manually,” Maryna Koval noted.

Cropio divides the field into sectors for the soil samples that are equally distant from each other and from the field boundaries. One needs to follow the recommendations or to choose the probe amount manually. At the end product — you will have a complete field map with equally dispersed and properly located sampling spots, entirely based on the field shape features. 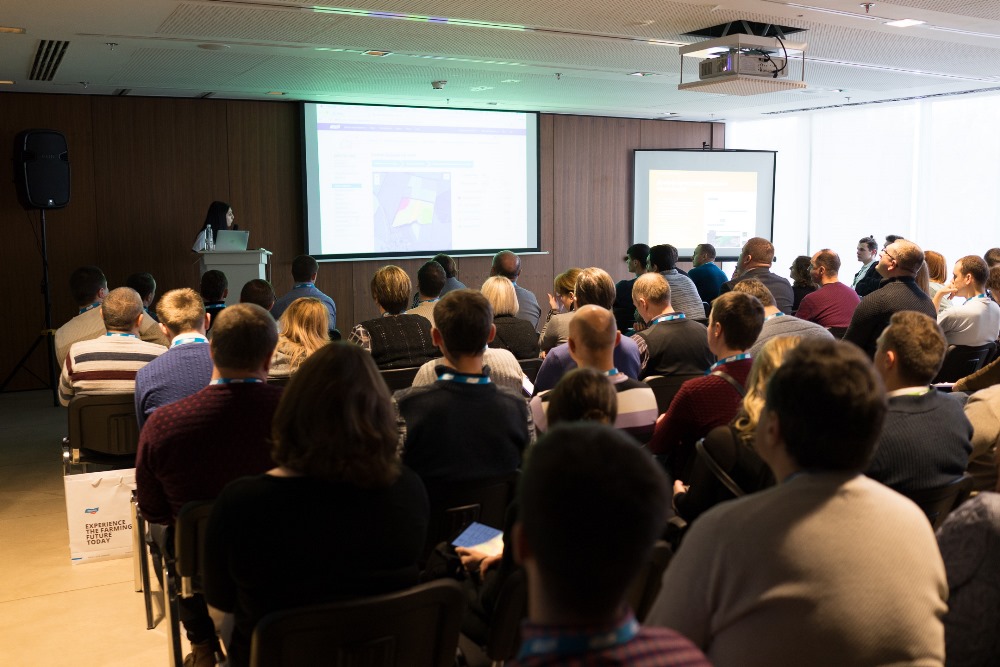 Each probe has a unique number, and GPS coordinates of the sampling spot, assigned within the task. Once that's done, one may simply send the complete assignment to a contractor, who will then execute the sampling on the sectors in accordance to the given coordinates.

“The program breaks the cells into zones of an equal square, in the center of each cell is a place for probe extraction. The program will break the cells into sectors of 15 ha. The amount of probes may also be changed, one may break the field into cells as small as 1ha,” says Maryna Koval.

Question from the audience: “So, you pretty much take images of all the fields in Ukraine?”

“– In the world – the speaker corrects.

– “So, if three years ago, for instance, I had a 1000 ha, where I was able to see somewhat generic picture, and then I went ahead and bought additional 500 ha, does that mean that you would have an information on those too?”

– That is correct. You can see the full picture on all new sectors, dating back to 2013 — the earliest period in our field archive. In order for the archive to upload, you need to add the field to the program, and the program will upload all the images.”

The next one-minute module — Soil tests

The user is able to upload and keep in the same location all soil test results that were done in the fields. The system saves the analysis results: the average indicators, as well as the set of separate probes with geographical assignment.

Afterwards, Cropio generates a soil analysis map based on the test results. One may save maps and changes history on the field page in such a way that the proper fertilizer distribution and other agronomic operations may be coordinated. The system has a way to compare soil maps and vegetation images of the current and previous seasons. This tool provides a better way to understand how the structure and type of the soil affects the harvest. 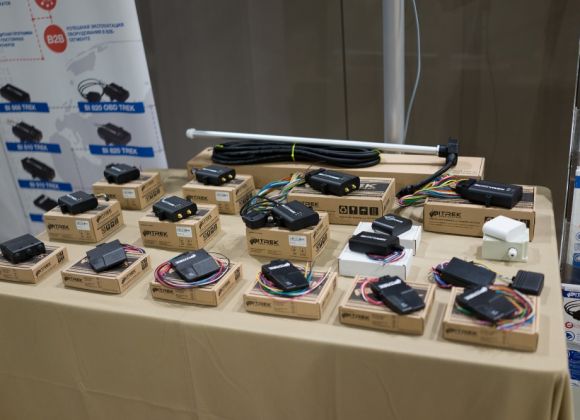 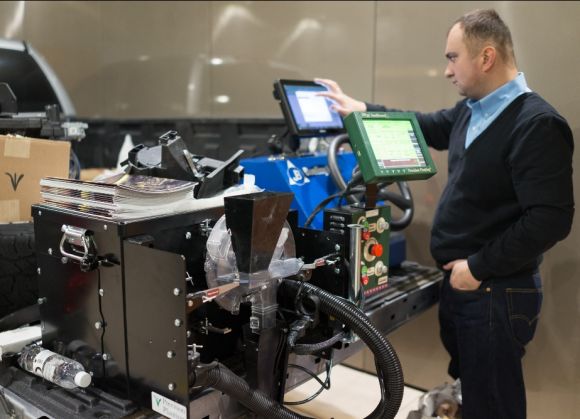 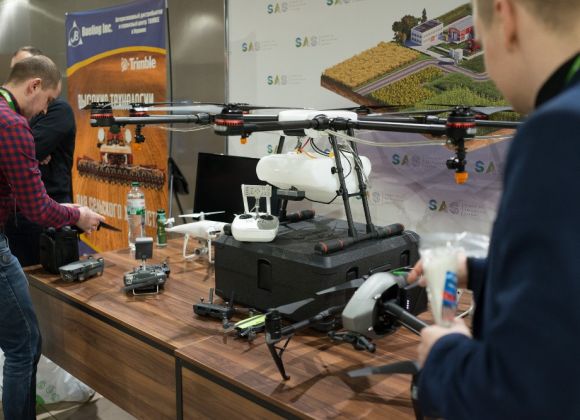 While holding the “mobile applications” module, Maryna Koval said, that up until recently, Cropio’s functionality was “spread out” between iOS and Android. For example, the Android platform had a function called “Cropio harvest weighing” that was not accessible on iOS. But in the nearest future the “war between iPhones and Androids” will come to an end — all functions are going to be synchronized between both systems.

Switching from audience to the demonstration ground. This is where Cropio producers and integrators demonstrated machinery, equipment, gages, sensors, weather stations and services that are connected directly to the system. This compatibility eliminates the “agrarian headache” that is caused by the necessity to constantly work on “hooking” one piece of machinery with another, uploading the data from one system into another. Cropio’s work principle is based on making a farmer’s life easier and is somewhat relative to Lego: you determine what you need and make all things work in one and the same environment.

Cropio representatives noted that the production culture in Ukrainian companies, despite the large scale, is starting to change. In many cases, this is caused by outside circumstances. For instance, the technology adaptation cycle has decreased from a few seasons to a few months, the level of technologies involvement in the production process is constantly growing. The same farmers, who, due to a various reasons are closed off to innovations, are soon going to be complaining that the prices for agricultural products are not high enough to cover the net costs. 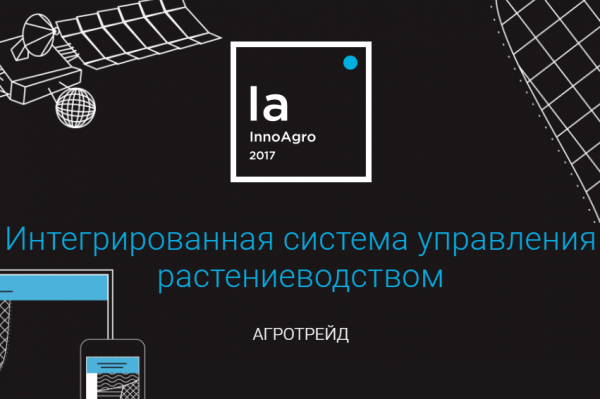 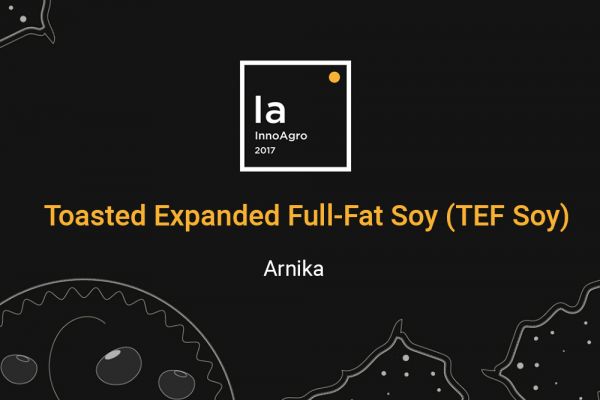