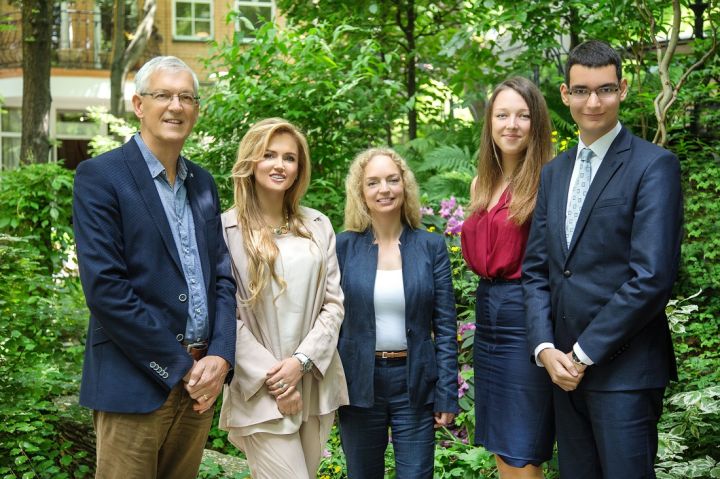 Summer is known as a season when long awaited plans start to materialize. It is thus not a coincidence that during this season the Ukrainian poultry industry is also starting to realize some ideas of its own. Agrovet Atlantic, one of the country’s biggest agricultural firms has invited two of Europe’s best and brightest experts to advise them in the field of feed-production. The Dutch nationals, Harry Wahl and Marry-Ann Bognards both have years of experience of working in agriculture and feed production. The idea to invite the experts to Ukraine was spearheaded through the initiative of Mrs. Iryna Palamar, the director of business development and member of Agrovet Atlantic membership board. Harry, Mary-Ann and Iryna have agreed to answer our questions and share their knowledge of the latest trends in this field.

Latifundist.com: Mrs. Palamar, what inspired your company to launch this initiative?

Iryna Palamar: The Ukrainian poultry market is experiencing dynamic growth. Together with it, there is a growing need to increase production, improve research in the fields of development and bird-keeping, and particularly focus on feed production. Understandably, our company is not willing to stand on the sidelines when it comes to the implementation of innovative European technologies in these given fields. With a yearly increase in the production of feed, it is evident that our company cannot be limited to narrow domestic standards; this is why we have decided to attract world experts with a deep knowledge and experience in the poultry industry.

A key role was played by the fact that there is an increased tendency in the construction of poultry-processing compounds.  In 2015, out of the total percentage of our company’s construction projects — 95% were dedicated to pork farming. In 2016 the situation is different. Out of 20 projects which we are working on — 12 are related to poultry farming. This tendency is a result of the fact that Ukrainian purchasing power has decreased, and hence the public has turned to poultry as a cheaper alternative to other types of meat.

We hope that by attracting European experts, we can improve our production technologies and align it with EU standards. This will benefit us in numerous ways, and particularly help in expanding co-operation with international investors.

Latifundist.com: Why has Agrovet Atlantic made the choice of choosing Dutch experts for this ambitious role?

Iryna Palamar: The Netherlands is a key player in the field of poultry and genetic research for birds. It is home to some of the largest corporations and research centers, which operate in this particular field. Furthermore, the country can boast of being a hub for numerous specialists and researchers. Sebe Shaap, the Dutch Member of Parliament who recently visited Ukraine, confirmed this by adding that Dutch poultry expertise is relied upon worldwide.

Another important reason for why we decided to access Dutch expertise is related to the use of antibiotics. Since the Netherlands prohibits the use of Growth Enhancers in poultry production, its products correspond to the highest ecological standards. Since 2013, we have relied upon expert advice from the Netherlands, and this something that has greatly helped our company and our clients attain the highest technological and financial indicators.

This is why we expect the experts to share with us their knowledge, answer our questions and provide unique solutions which can help boost the level and quality of domestic poultry production here in Ukraine.

Latifundist.com: How is poultry feed made? Has it changed over the years?

Harry Wahl: In earlier days, many farmers made their own feed individually. They would select vegetables that they grew on their farm, and oftentimes each family would have their own particular recipe for the feed. These recipes were guarded by each family and would be passed down for generations. Modern production is somewhat different from the old methods. It includes collecting of feedstuffs such as vitamins, grains and soybeans as well as other additives which are high in nutrients. When the optimum level of nutrients is determined for each animal, it remains the same in every quantity of feedstuff that is produced. In other words, the feed production has become much more standardized. 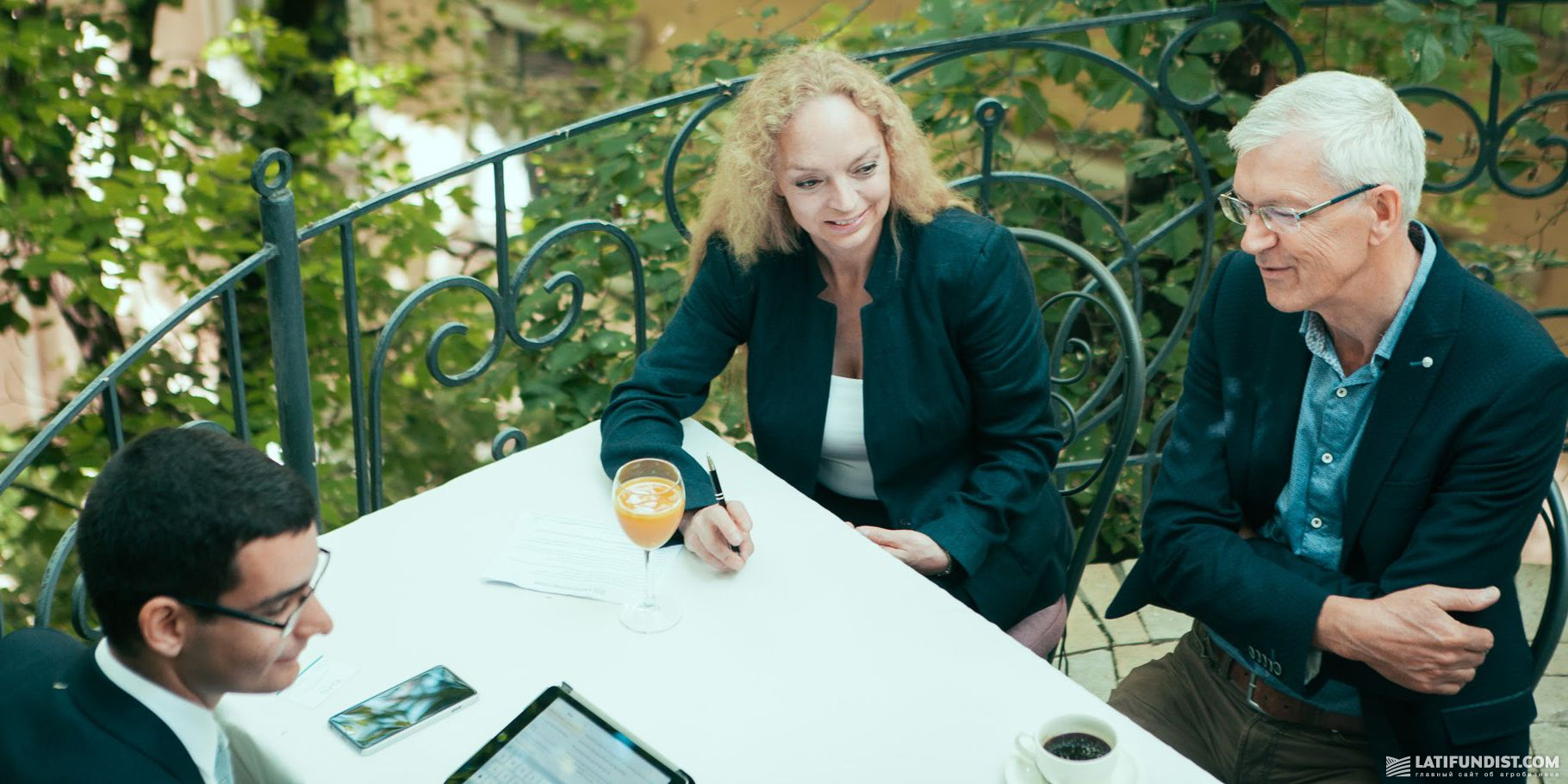 Latifundist.com: How do you determine the optimum quantity of nutrients in the feed?

Mary-Ann Bognards: It all depends on the type of bird. Broilers require a diet that is high in proteins, fats and vitamins. This helps them grow faster and achieve a larger mass. Hens on the other hand, require more calcium and phosphorus because they need it to produce eggs. So the feedstuff for each type of bird is completely different and specially optimized for their basic roles. Besides this, we also have to consider the price of each ingredient. It is very important to find the right balance between the cost of the ingredients that we add to the feed, and the maximum benefit that it will have for the animals. This is particularly important for feed producers in the Netherlands, because we have to import more than 90% of our feed ingredients from abroad. In the end, it all comes down to finding the right suppliers and decreasing production costs.

Latifundist.com: The Netherlands is renowned for being a country of agriculture and high productivity. How many feed producers are there in your country at the moment? How does this compare with Ukraine?

Harry Wahl: There are currently between 40 and 50 feed producers supplying the market in the Netherlands. In the past the number was much higher, but over the years many of these companies have decided to merge and co-operate. Also, the European legislation currently limits the number of feed producers that can be established. This is done to protect the environment and prevent the market from experiencing a supply glut. When you compare this to Ukraine, you can see that the situation is very different. Over here, the agricultural market as a whole has much more room to grow and expand.

Latifundist.com: In your opinion, what are the main benefits of agriculture in Ukraine? Is it attractive for foreign investment?

Mary-Ann Bognards: I think that Ukraine definitely has huge potential. The market for animals over here has a lot of room to expand — and this is good news for Ukrainian producers. Another advantage that Ukraine has, is that its labor costs are much lower than in the EU. This makes production in Ukraine very cost effective and gives it a competitive advantage in many areas — including agriculture and poultry. Furthermore, the land here is very rich and arable. This means that, when it comes to feed production, Ukraine can be almost self-sufficient because it has plenty of room to grow the necessary ingredients such as soy, corn and wheat. Overall, I am very optimistic about Ukraine and I think that it has all the characteristics to become a major exporting country in the near future.

Latifundist.com: What are the differences in the feed that is produced in Europe and that which is made here in Ukraine?

Harry Wahl: One of the main differences is related to the use of animal meat. Countries of the EU, including the Netherlands, prohibit the use of «meat and bone» components as part of the ingredients in animal feed. This is related to animal welfare standards, which are much higher in Europe. Despite this, there is now talk about allowing the use of insects in animal feed, as they are shown to be a good energy-rich alternatives to the use of meat and bone. In Ukraine however, the addition of meat and bone into the feed ingredients is still a widespread practice.

Latifundist.com: Speaking of the EU, how do you view the recent association agreement that Ukraine signed with its western partners?

Harry Wahl: In my opinion, this is a great step forward — and it is something that can be very beneficial for Ukraine in the long term. Over time, it will give the country open access to the European market, and it provides an incentive to increase quality standards in a wide range of spheres. This will not only benefit producers, who will be able to export and compete in one of the world’s largest markets, but it will also prove as an advantage to Ukrainian consumers, because they will have access to goods of a better quality and higher standard. This is particularly important in the food industry, because it ensures that food is safe for everyone.

Latifundist.com: When it comes to safety, there have recently been lots of conflicting reports about the effects of AGPs in the poultry industry. Is the use of antibiotics legal in Europe?

Mary-Ann Bognards: The use of antibiotic growth promoters (AGP) in animal feed has been forbidden in the EU since 2006. This means that, whilst antibiotics can be used to treat individual animal diseases, they cannot be used in the feed as a method of inducing faster growth. It is safe to say that the overall trend has been to move away from AGPs in favor of more natural methods of animal growth promotion. Even in the US, where use of AGPs is mostly legal, there has been a move towards alternatives. At the end of the day it all comes down to the consumers and the medical community, who are starting to demand a decrease in the use of antibiotics.

Latifundist.com: What are the AGP replacement strategies?

Harry Wahl: When use of antibiotics became banned in the EU, the process of feed processing became very important. We needed to achieve the same results, but through natural means. Focus shifted to the ingredients of the feed, and the way in which these can be altered to provide maximum effect for animal growth. We started to look for ingredient combinations that are easily digestible and which stimulate the micro flora in the animals’ gut. In fact, one could argue that the main benefit of banning AGPs is the fact that it encourages farmers, feed producers and the scientific community to conduct more research about digestion and the bacterial contents of the gut. Further insights in this field not only have the potential to benefit animals, but they can also result in breakthroughs which can help humans.

Latifundist.com: Does a successful ingredient mix give the same results for all animals which use it?

Mary-Ann Bognards: I would say that a successful ingredient mix works well in about 80% of the cases. But we must not forget that good feed in just one of the components in animal growth. Farmers also have to provide the right conditions for the animals to thrive. This means cleanliness, adequate space utilization and regular checkups by veterinarians. If a farmer just relies on the feed and neglects the other factors, then he should not expect fast animal growth and good results. Even a slight infection or the feeling of stress can affect the animal and its growth because they end up interfering with its feeding pattern. This is why it is important to maintain high standards and reject complacency.

Latifundist.com: Thank you for the interesting discussion! 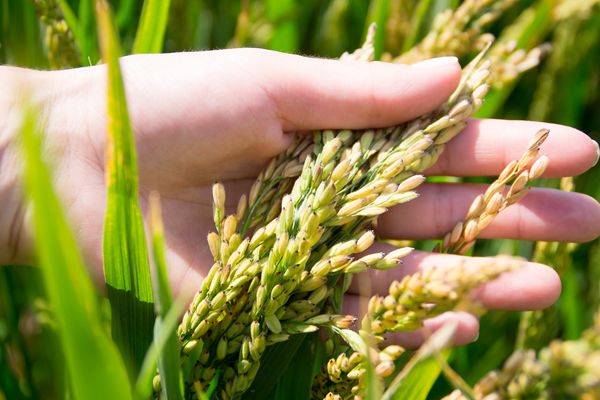 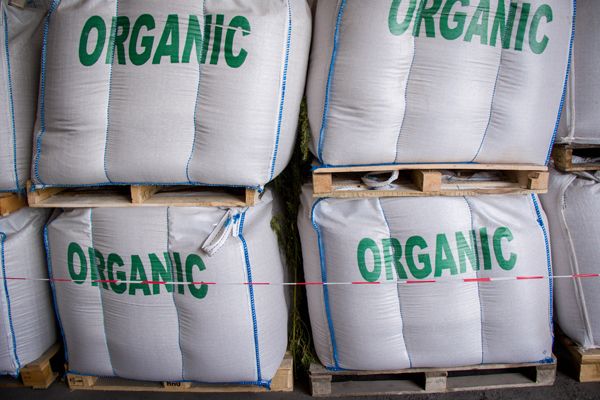 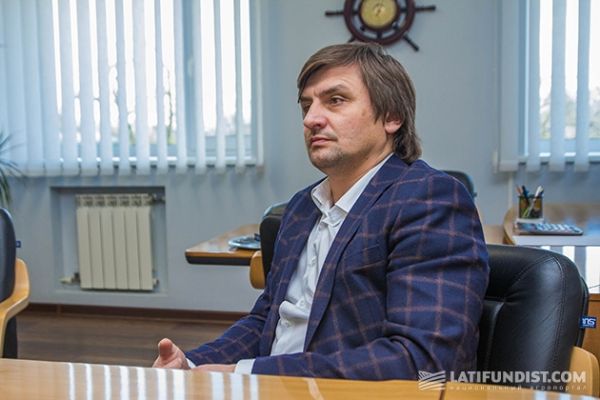