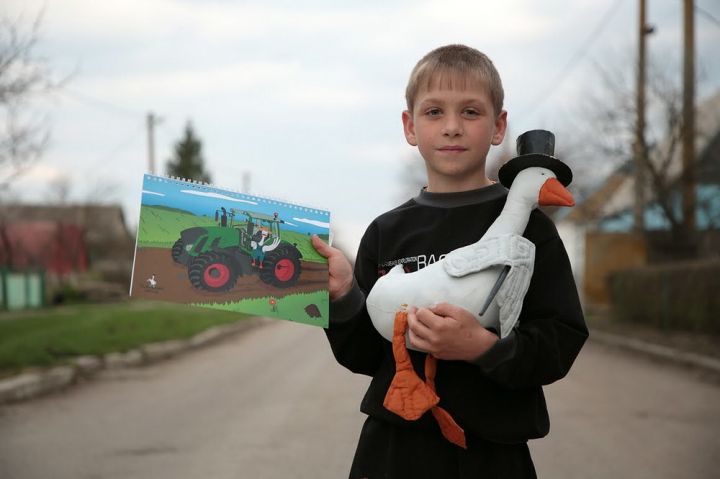 This time inspection has taken Silskiy Revizor to the village of Husarka in the Zaporizhia region. The village is mainly populated by the descendants of immigrants from the city of Smolensk in Belarus. Over 200 years the mixing of Ukrainian and Belarusian traditions has produced an original Husarka culture: there is a monument to potato; every household is a unique "museum" of embroidered carpets and bedspreads. It is here that one of the enterprises of the agricultural holding LANDFORT — Aloins-Agro — operates. The enterprise allows making money without going abroad and contributes to the development of the local community. We have tried to learn how they do it.

The enterprise that shapes the village

There are no hussars in Husarka, but there are several farmers and the largest agro-enterprise in the district — Aloins-Agro. The enterprise cultivates 7.5 thousand hectares of land on the territory of 5 rural councils. The crop rotation includes wheat, winter and spring barley, peas, and sunflower. This year, for the sake of experiment, they have also planted 300 hectares of pumpkin for pumpkin seeds.

"During the harvesting, we employ 120 and 130 people of whom there are 25 tractor drivers, 30 drivers, security guards, accountants, managers of different levels, engineers, and agronomists. The salary approximates the one in the city, so some villagers seriously consider coming back home, others have decided to stay in the village owing to us," says Oleh Luzhanskyi, CEO of Aloins-Agro.

The accountant of the Husarka Village Council Nina Prokhorova said that the income of the village in 2018 was UAH 1.853.228. Naturally, the lion’s share of the funds was contributed by agricultural producers — the breadwinners of Husarka. Besides, last year the village saved UAH 1200 000 which they want to use for the construction of a new road in the village.

The care for education in Husarka is immediately apparent. Despite the poor demographics (there are only one newborn baby, 16 preschoolers and 8 school-age kids in the whole village), the local authorities heavily invest in educational facilities. With the help of the regional department for education, the village council, and the agrarians, the kindergarten was equipped with new furniture, a washing machine, and supplied with dishes and towels. In 2013, the entrepreneurs helped with repairs, installed new windows and doors; this year they have bought a refrigerator, boilers and utensils. Moreover, every holiday the children receive gifts from the agrarians. 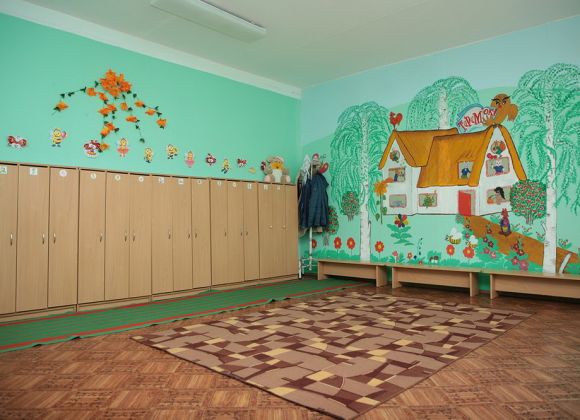 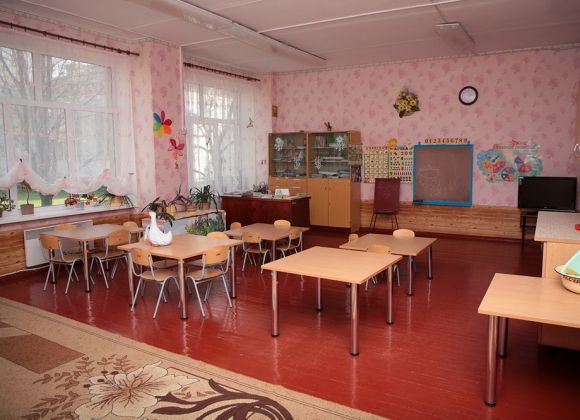 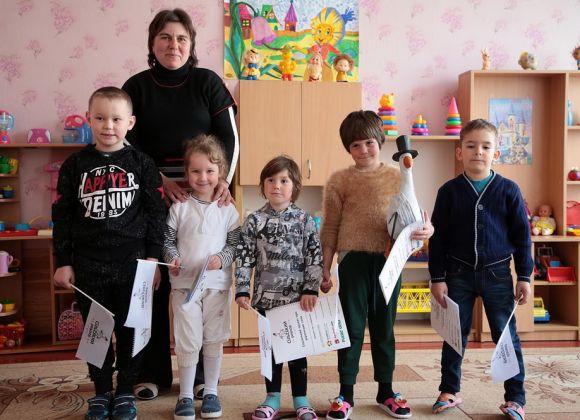 Sport as a means of education

In Husarka, weekends are always about sports. Football matches are held nearly every week. The local football team Aloins (named after the enterprise) was created four years ago with the support of the founders of LANDFORT Evgen and Vitaliy Bogovin. They even created a coaching position at the enterprise to stimulate the team’s progress.

"When we came to work in the village, we decided to create a football team on the spot. We believe there should be sports activities in every village. And they should be appealing to everyone. If a village teenager chooses a football practice over a trip to a store or a bar in the evening, it means that what we do is worth every effort," they say in Aloins-Agro.

The local youth are big on football indeed. Most of the players study away from home in Zaporizhia and Berdyansk, yet every weekend they come back home to practice or participate in matches. The enterprise reimburses their traveling expenses. On top of that, the players are paid for every victory or a draw. The team coach Nikolai Laguta told us that currently there were 14-17 people on the team, and two more teams were to be recruited in summer. Most of the athletes are students, but there are also men in their 40s. 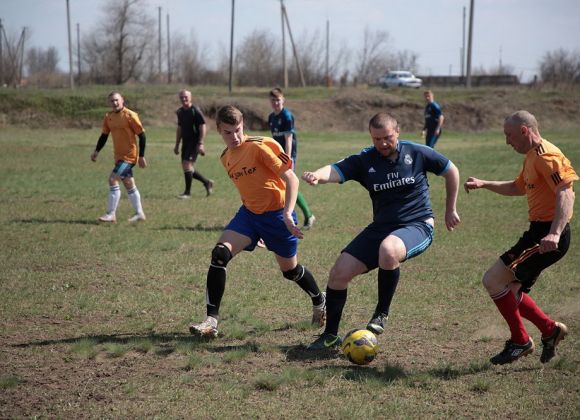 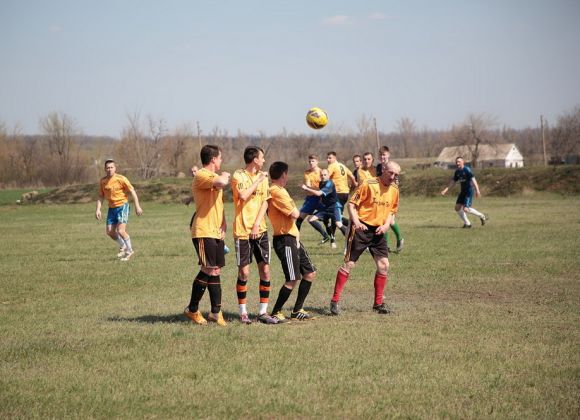 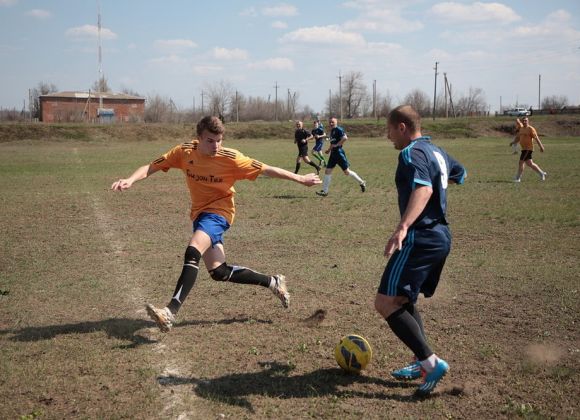 "We have excellent sponsors: they repaired the stadium, gave us a bus to get around, bought uniforms, balls, pay the travel expenses of student-players who study in other cities. There are bonuses too. For example, when we won the Cup of the district, the sponsors immediately donated UAH 10 thousand to the team, so we had a grand celebration of the closing of the season," says Nikolay Laguta. 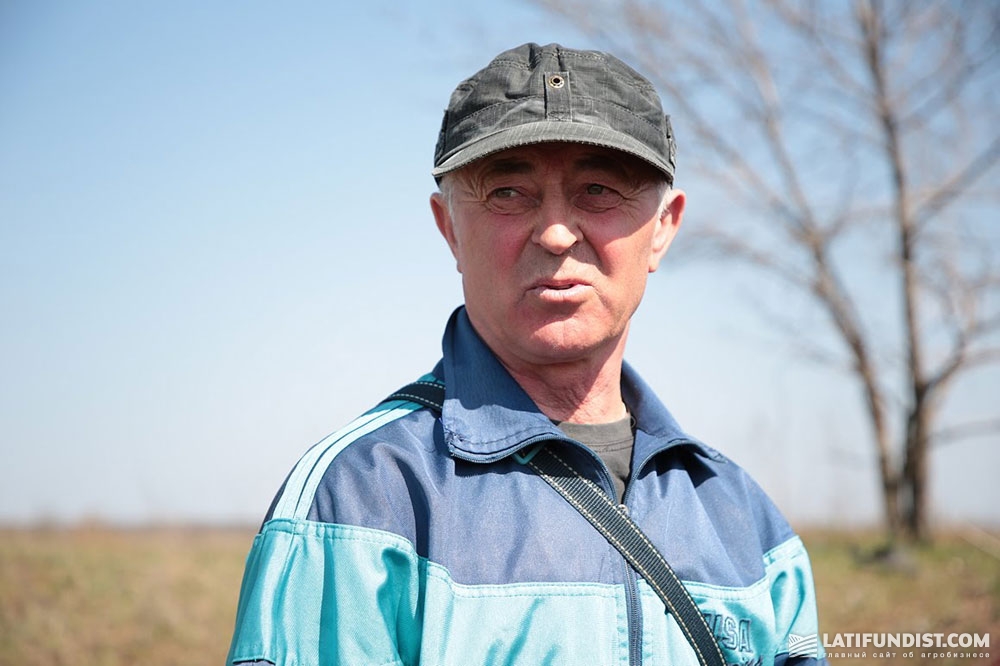 As we have already mentioned, the residents of Husarka are descendants of Belarusians. Therefore, following decommunization, they unanimously decided to replace the monument to Lenin for the monument to potato — the symbol of Belarus. 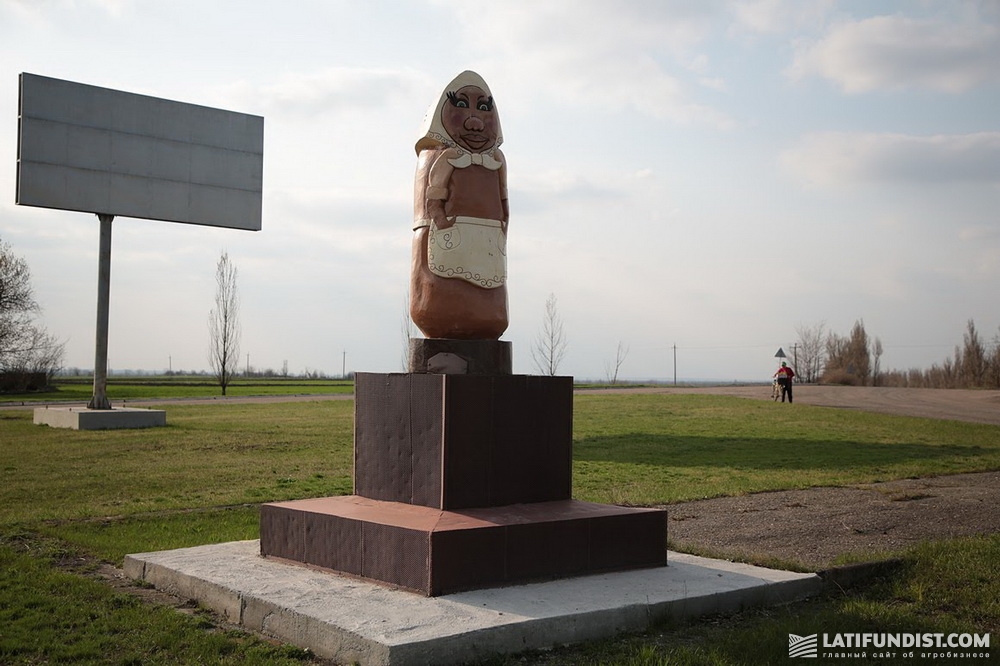 "What else should the monument be to? Husarka is famous for its excellent potato that is why we started a potato festival here and erected a monument to potato. The first potato-festival "Husarska Bulba" was held in 2010. Aloins-Agro has been helping us in organizing the festival since 2016. The festival includes a great variety of activities: a contest for the most delicious potato-pancakes, fire shows, dances, etc.," explains Natalia Slabosheva, ex-head of the village council. 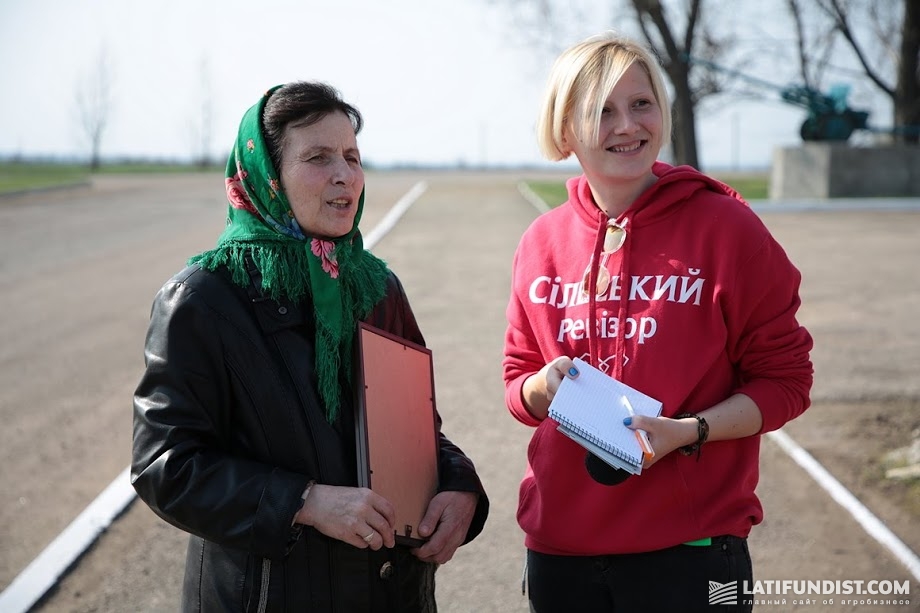 At the opening of the monument in 2016, Aloins-Agro gave “a grand feast”. They built a huge stage in the centre of the village, invited celebrities to perform; people could win a refrigerator, bicycle, TV-set, and electrical appliances in the lottery organized by the company. The opening celebration went down in history with the locals. Since then, the company actively participates in organizing the festival and making it a memorable event.

Care for the lessors

The net for one plot of land is UAH 12 thousand. People rarely accept grain for rent payment because most lessors do not live in Husarka anymore. 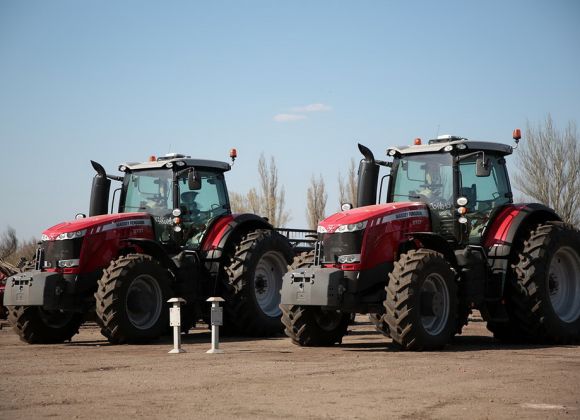 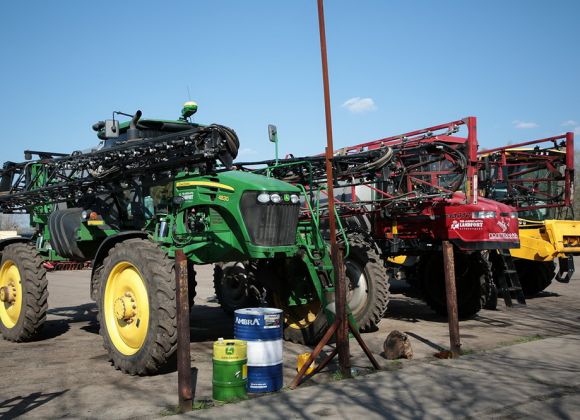 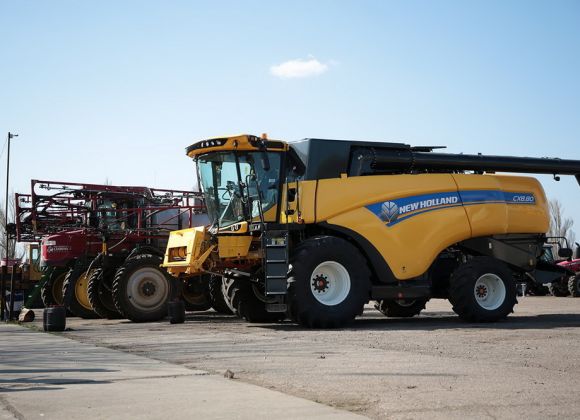 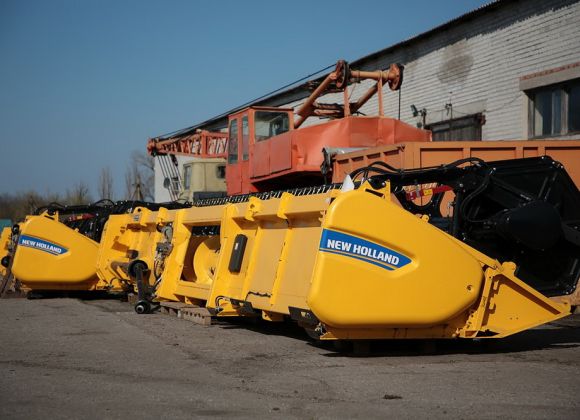 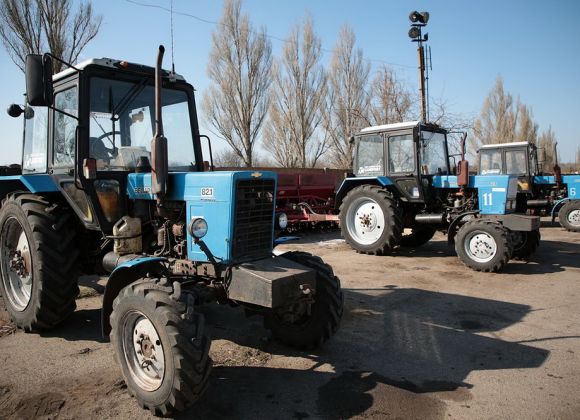 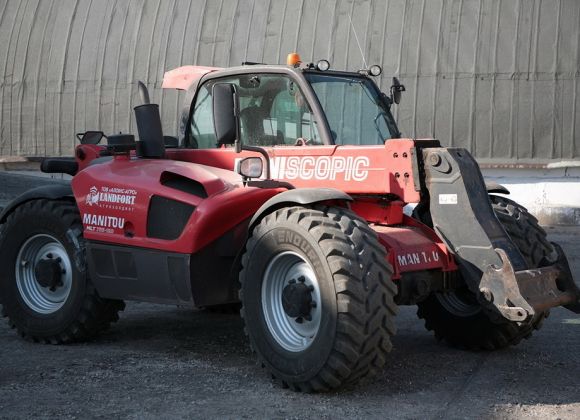 Aloins-Agro cares for comfortable living in the village. In winter, the company clears snow from the roads; in summer, it facilitates with cemetery cleaning, repairs, solving household problems and so on.

"We help the village in any matter: from screwing in the lightbulb to building the water supply. If the street needs cleaning, we just go ahead and clean it even if no lessor lives there. We take care of every villager," says Oleh Luzhanskyi. 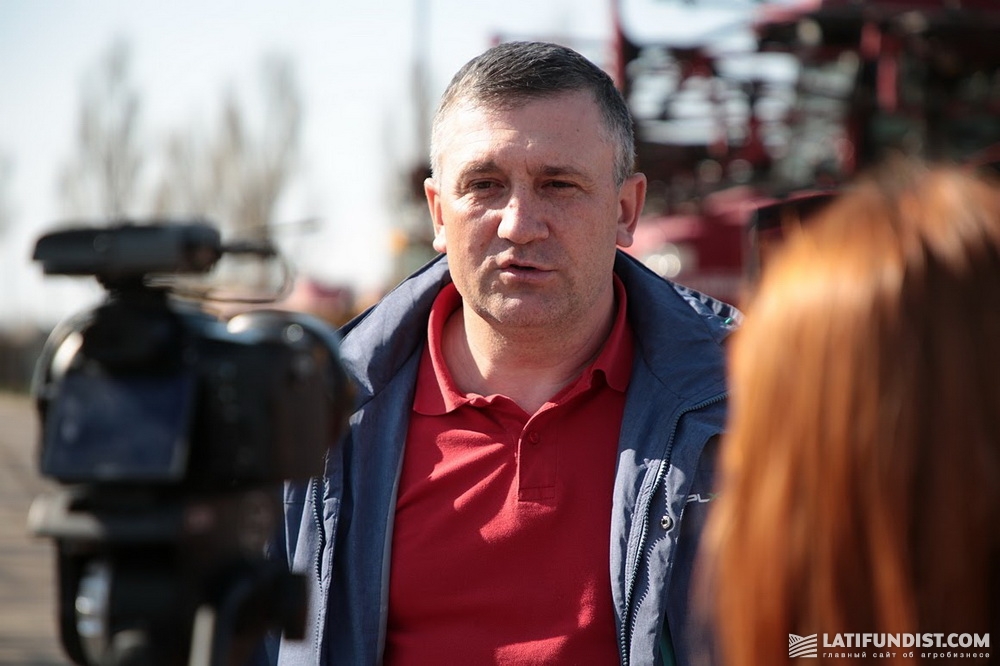 Every Farm Workers Day the company holds concerts and awards the best tractor drivers, drivers, and handymen. Aloins-Agro takes utmost care to make people in the village a little happier.

In remote Ukrainian villages, it is often the agrarians who take pains to bring people back to their historical homeland and show that rural life can profitable and comfortable. We would like to thank Aloins-Agro for the revival of domestic traditions and remind you that the Village of the Year 2018 will be announced very soon. To participate in the voting and decide which village should receive the honorary title and UAH 100 thousand for the development of the village go to SilskiyRevizor.com. 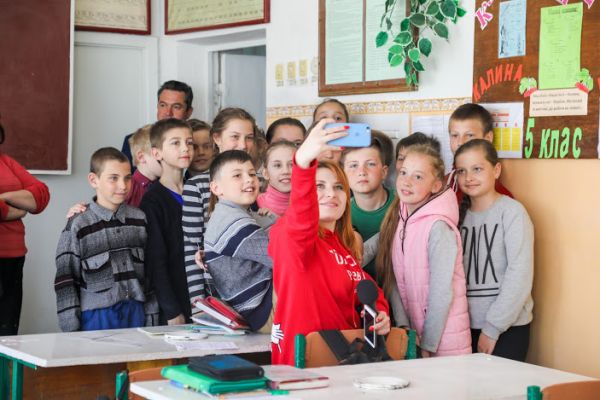