Gianluca Bonfanti: Soon You Will Hear About Our New Projects with Ukrainian Companies 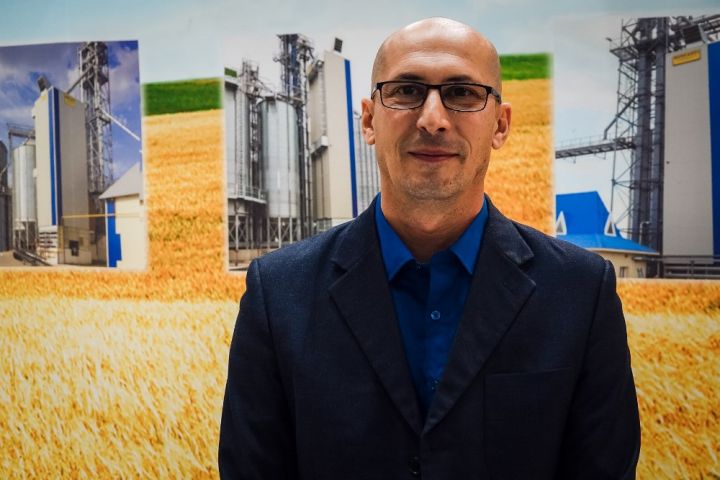 Agritechnica 2017 is the ideal place for useful acquaintances and fascinating conversations. By the end of the third day of the exhibition, the meeting with Gianluca Bonfanti, director of Bonfanti and the son of its founder, became an unexpected surprise for us. He personally met the stand visitors with the Italian temperament, enthusiastically told about the advantages of Bonfanti grain dryers.

In the interview with Latifundist.com, the head of the company told about the impressions of the main event of the year in the world of agricultural machinery, about new projects with Ukrainian companies and family traditions of the production of grain drying equipment.

Latifundist.com: Gianluca, what are your impressions of Agritechnica?

Gianluca Bonfanti: Stunning! This year, a lot more people visited the exhibition compared to the previous year. And, by the way, I noticed a lot of participants from Ukraine.

Latifundist.com: What products do you represent at the exhibition this year?

Gianluca Bonfanti: Bonfanti displays grain dryers — our main product. We are constantly improving the technology to become the best manufacturer on the market. The main feature of our dryers is the ability to work successfully not only in regular, but also in difficult conditions, for example, drying grain with a high (35% or more) humidity due to unfavorable weather conditions during harvesting. In general, we produce grain dryers with different capacity, which is suitable for both large and small companies. In addition, our dryers are efficient and consume a reasonable amount of electricity. 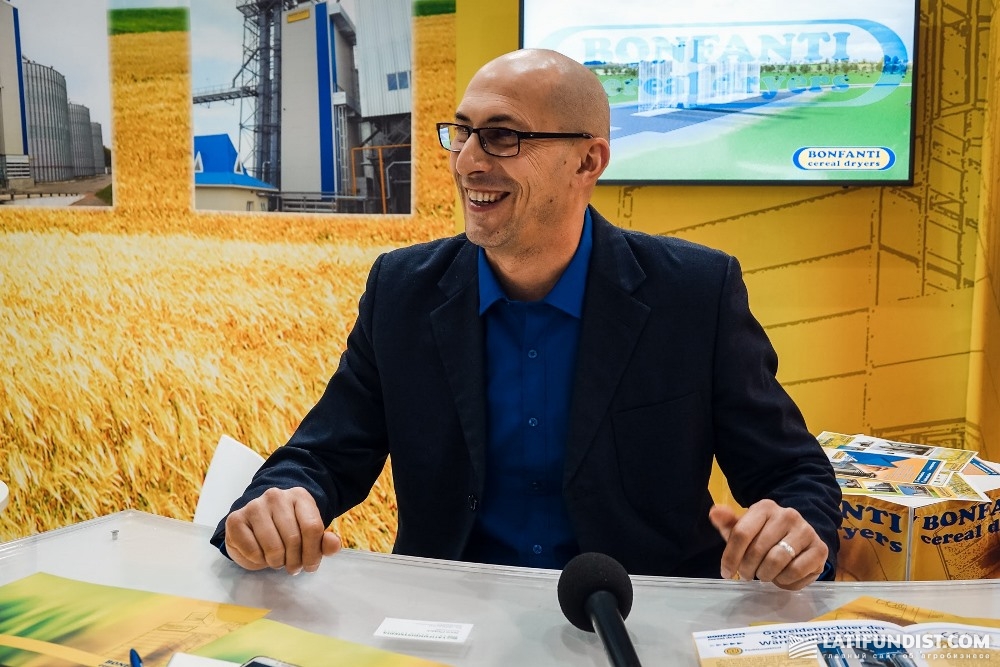 Latifundist.com: How many Ukrainian clients does Bonfanti have?

Gianluca Bonfanti: Approximately 80 grain dryers are installed on the facilities of Ukrainian companies, among them are Grain Alliance, Green Industry, Viktor and Co. etc. We are also actively involved in the MV Cargo project. We have recently signed a contract to deliver another dryer by next spring. We have been working for 15 years in Ukraine and we know the market well. In the near future you will hear about new projects with Ukrainian companies.

Latifundist.com: Was this year productive for your company?

Gianluca Bonfanti: This year our company has a lot of work. Autumn is quite tense in terms of launching those dryers that were installed in spring and summer. We also produce new dryers. One of the last orders — the Ukrainian client ordered a dryer, which will be delivered by Christmas. My optimism is largely based on the growth of grain exports, because agrarians receive more money and invest it in the development of their grain storing complexes. So, Ukraine is a good market for our products. 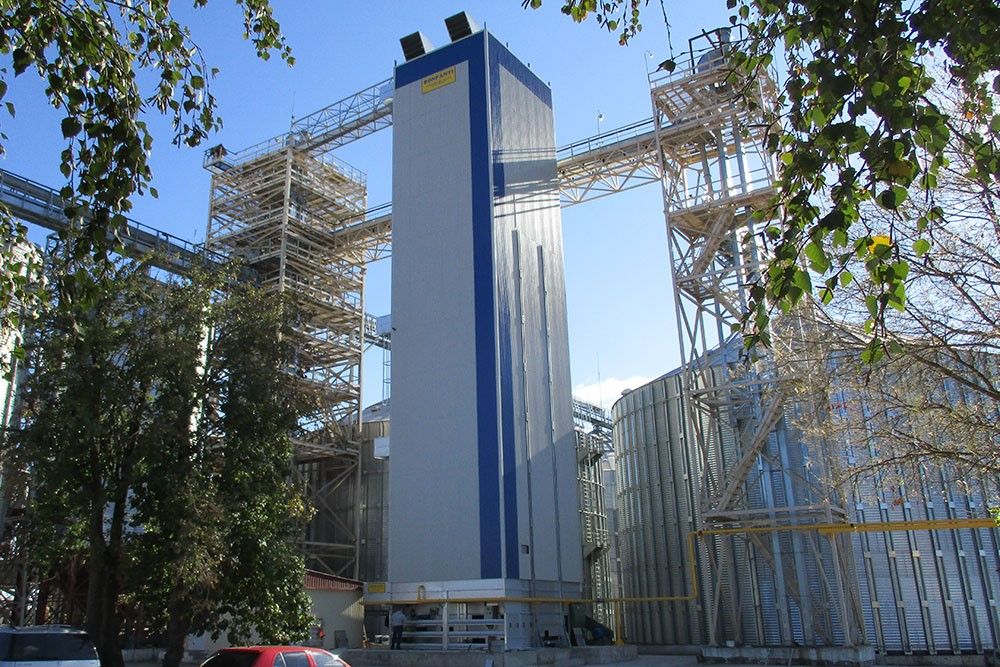 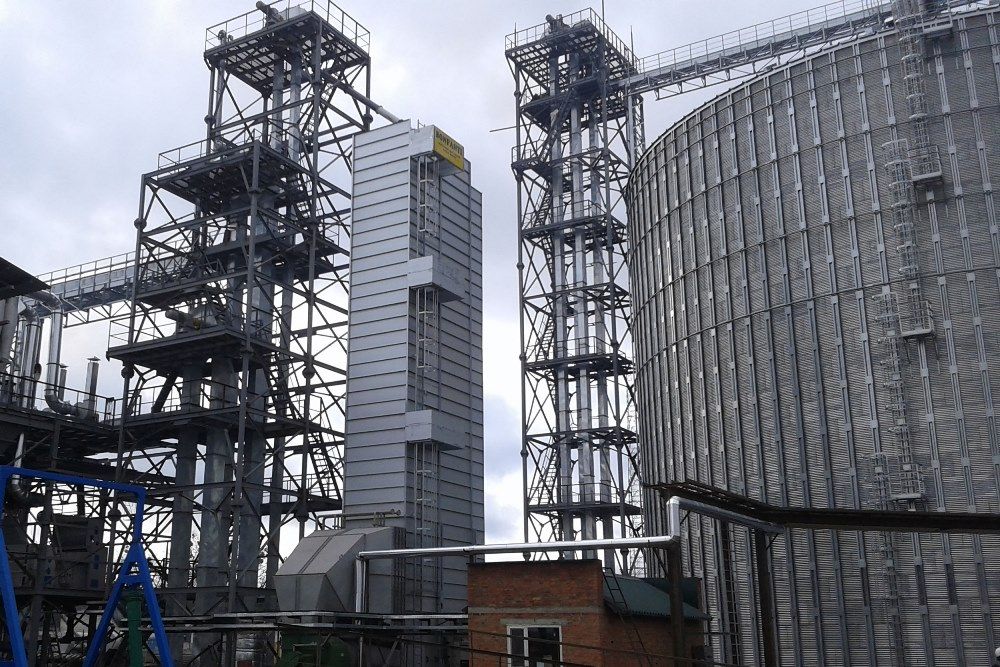 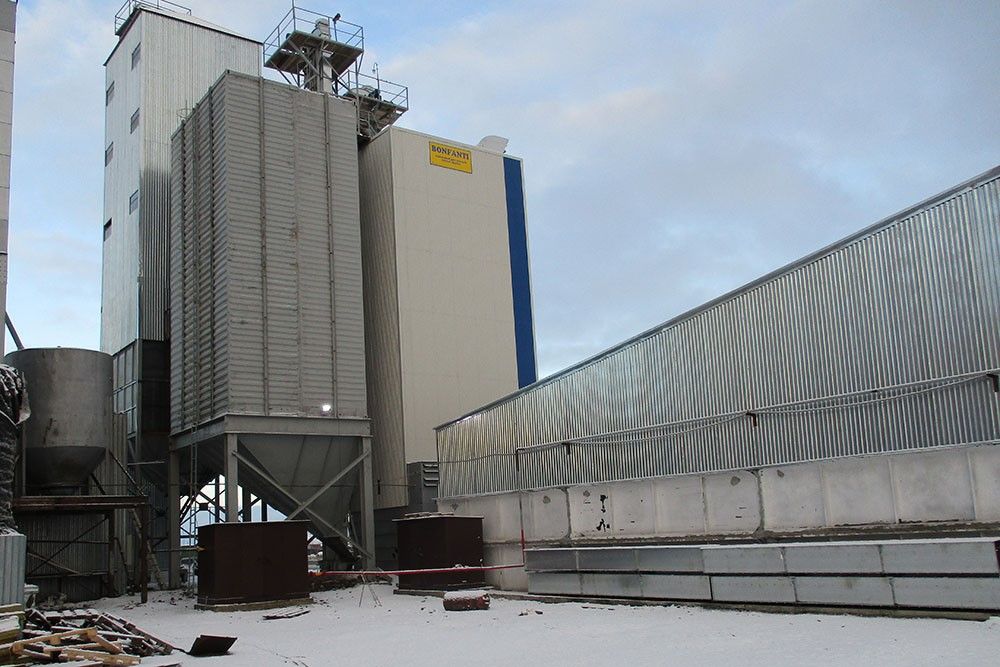 Latifundist.com: In addition to weather conditions, there are other risk factors that affect the success of agribusiness in Ukraine. We even joke that agriculture is a kind of roulette. Do not you think the Ukrainian market is risky for your company?

Gianluca Bonfanti: I know such cases, when the owner of the Ukrainian agro-company reasonably used the profit, increasing the company's productivity from year to year. Others invest profits in new companies which soon disappear. I believe that the truth lies somewhere in the middle. Agribusiness and soil are the resources that you can touch, see, and not only find out about the existence of a new company on the Internet. Soil is a resource that cannot be taken away from Ukrainians. This year you are lucky, but everything can change the next year because of bad weather conditions, for example. It is important to make reasonable and balanced decisions.

Latifundist.com: And how do you make decisions in business?

Gianluca Bonfanti: In my work I do my best, I do everything that depends on me. Personally for me it is important to gradually grow and develop not only in terms of business, but also as a person. Sometimes I even get criticized that I, as a director, get too involved. It is absolutely normal for me to personally come, see and check the working process to understand if the company works well and how we can improve our production. 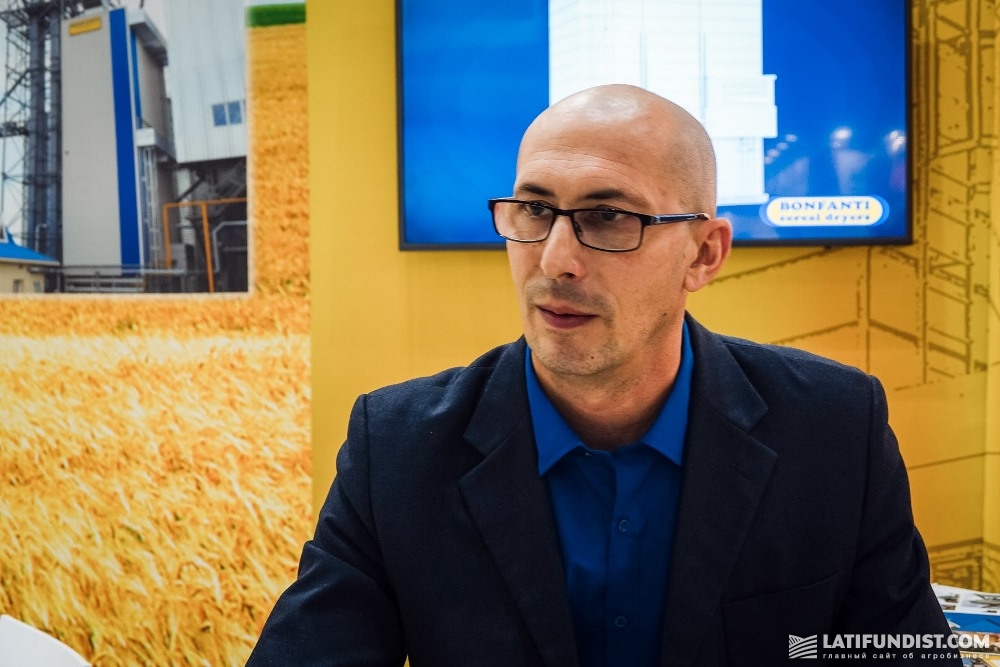 Latifundist.com: In your opinion, what are the main differences between the Ukrainian and the European agribusiness?

Gianluca Bonfanti: The production volume. Ukraine has large areas of land, which makes it possible to increase the output. Ukrainian producers do not overuse chemicals, and the products are of a high quality. Thus, Ukraine produces a quality product in large quantities. At the same time the population of Europe is constantly growing, and the area remains the same. In this sense, Ukraine has great prospects. Ukraine is a bridge between Europe and Asia, and the appropriate state policy will help to take advantage of this.

Latifundist.com: Small farms prevail in Italy, while in Ukraine there are many large agroholdings. What do you think of that?

Gianluca Bonfanti: I see that over the past 15 years large companies appeared in Ukraine, and drove out small ones. Perhaps, there is such a problem in Europe, but it is less evident. Previously, we received orders for small and medium dryers, and now mostly large companies want to buy high-capacity dryers. This is not very good, but, unfortunately, we cannot change this. 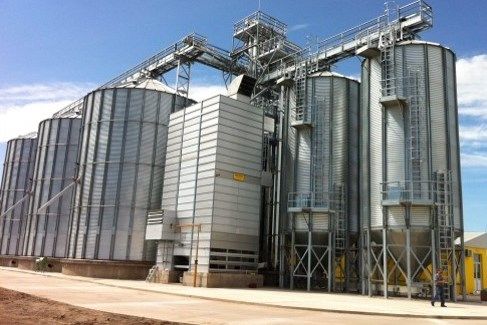 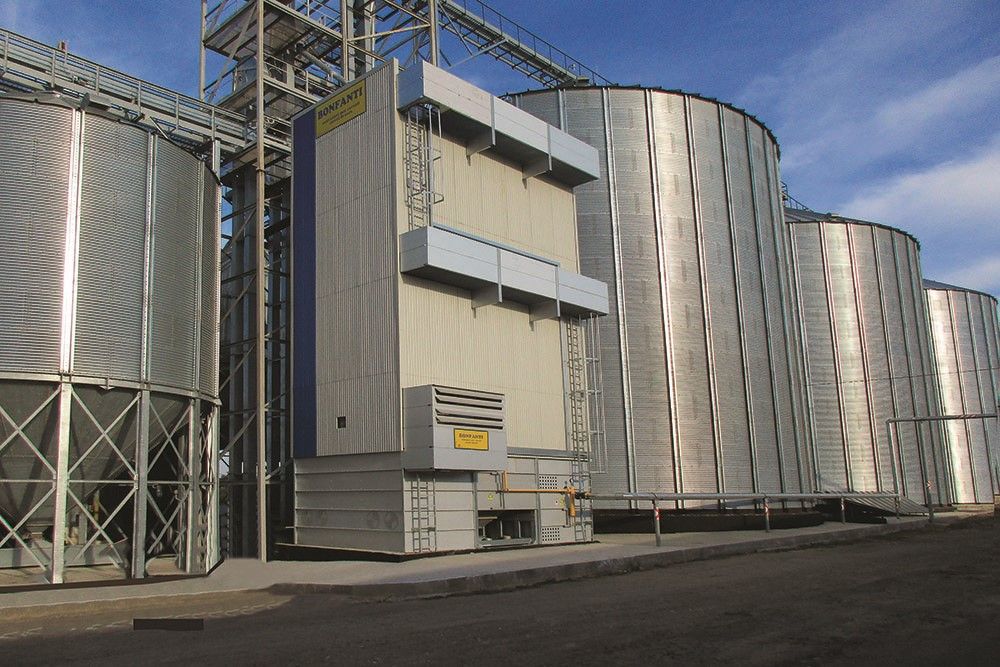 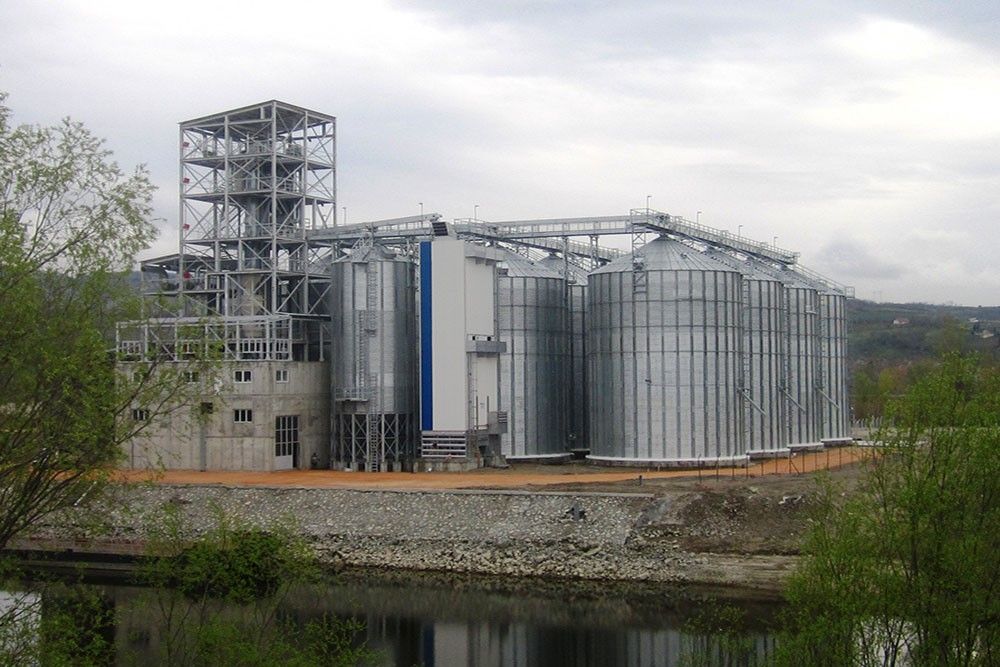 Latifundist.com: Ukraine plans to open a land market. Do you think it would be beneficial for Ukrainians?

Gianluca Bonfanti: In terms of profits, yes, as new technologies and money will come to Ukraine. But investors will work for their own profit, but not for the benefit of residents. In the long term perspective it is not very good. But again, for a short period of time, the opening of the land market might be beneficial. Earlier a similar situation was in Romania. Foreign investors brought innovative technologies, and the state benefited as workers began applying new production technologies. But this should be used for development, because a lot of foreign companies make money in Ukraine.

Latifundist.com: A few words about the history of your company?

Gianluca Bonfanti: It all started as a family business. My father founded the company in 1979 and we started working in Northern Italy. My country, although beautiful, is small, so gradually we entered the international market. We started cooperating with neighboring countries — Romania and Hungary. Gradually we improved the dryer capacity. We started with the production of small dryers, and later on we started to produce 10 m high dryers. Back then we thought that it was a big dryer. Now our dryers are up to 33 m high, and this is not the limit. So we gradually developed and grew. We regularly invite to visit our office in Italy, or visit other countries and open our representative offices there. 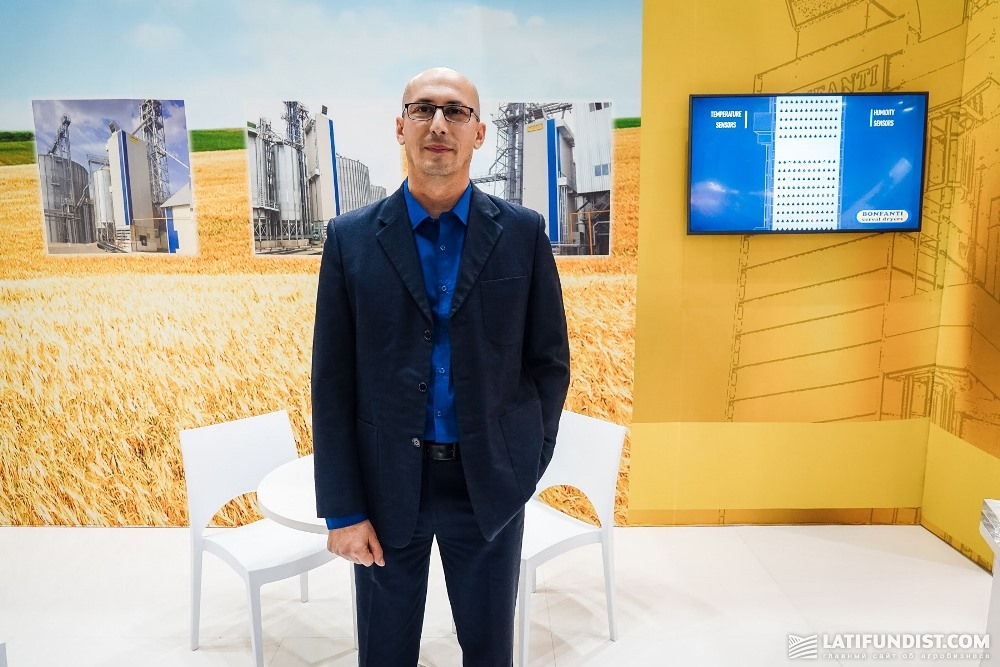 Latifundist.com: Was it your decision to follow your father’s steps?

Gianluca Bonfanti: I started working with my father, although at first I had other plans. But over time, I changed my mind and it became my lifework.

Latifundist.com: Thank you for the interesting conversation!