Risoil Terminal plans to transship 4.5 million tons of cargo in 2018

In 2018, with the help of new production facilities Risoil Terminal plans to transship at least 4.5 million tons of cargo.

Over the past year, new construction projects have been used by Risoil Terminal to organize effective cargo handling. These are transport galleries, silo tanks, engineering and transport infrastructure, motor unloading station, and floor storage universal warehouse No. 2.

Due to the transport galleries, which connect the silo-type tanks with universal warehouse and with unloading stations of the incoming transport, the pass-through capacity increased to 1500 tons of cargo. The galleries are equipped with conveyors of the Highroller type and stretch for 200 meters.

The unloading station is equipped with three unloading points, which makes it possible to handle 18 cars per hour simultaneously. This is about 9 thousand tons of cargo per day.

In 2017, new silo-type tanks (6 units) were ready for operation. At the present time, silo-type tanks are involved in the transshipment of grain cargoes in a quantity of 13 silos, with a total storage capacity of 90,000 tons.

With readiness for operation of the universal warehouse No. 2, the terminal increased storage capacity for another 30 thousand tons. The annual pass-through capacity of both warehouses will be 1.5 million tons.

Reference: Risoil Terminal will increase the volume of cargo handling to 4.5 million tons after the dredging in Chernomorsk. 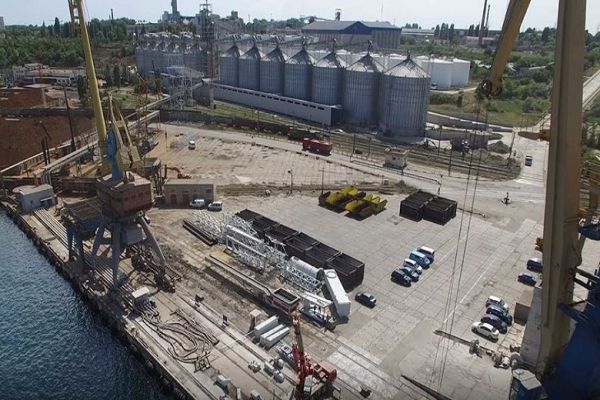 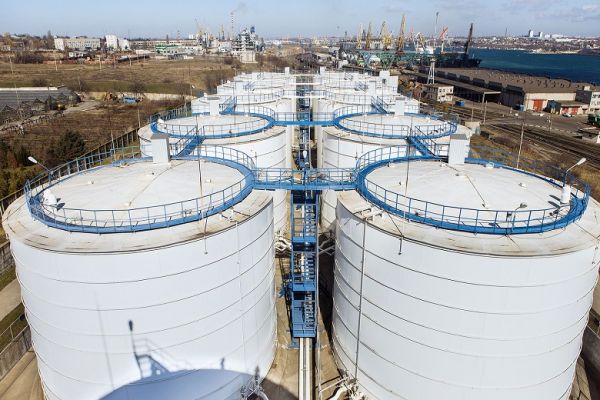