Newly appointed head explained formation reasons of the Ministry for Development of Economy, Trade and Agriculture

The merger of the Ministry of Economic Development and Trade and the Ministry of Agrarian Policy and Food into a single office is aimed at accelerating the implementation of key reforms in Ukraine.

"Of course, the merger of ministries is not only bureaucratic, but also has a strategic purpose. And in this strategic dimension, we need to hear the key stakeholders. Taking this into account, we plan to hold a coordination meeting with representatives of the agricultural sector to identify challenges and prospects. Establishing an effective dialogue is our mission and capability," says Minister for Development of Economy, Trade and Agriculture of Ukraine of Ukraine Tymofiy Mylovanov.

Tymofiy Mylovanov stressed that the ministry would make every effort to ensure that the agricultural life cycle is not disrupted.

According to the report, the merger also aims to accelerate the implementation of key reforms, such as privatization of state-owned enterprises, introduction of agricultural land market, liberalization of labour relations - increasing the number of legal jobs, expanding access to international markets, reloading the system of vocational training, modernization of approaches to scientific research and innovation in the agricultural sector.

A detailed description of the reform will be set out in the Government Programme, which will be submitted to the Parliament for consideration within the time frame set by law. The Cabinet of Ministers is currently working on a priority map and action plan.

According to the report, synchronization of all markets and the introduction of effective, transparent and understandable rules of the game is an important step for the Ministry. The reform of the agricultural sector, taking into account its complexity, requires strategic coordination with key changes in other areas.

"Deregulation and digitalization are key instruments to combat corruption in the areas of approbation, certification and licensing related to access to the latest means of production in the agricultural sector and access to agricultural products for the Ukrainian and international consumer," the Ministry's message reads.

The restart of the state statistics system will allow to obtain clear figures on the indicators of the industry development and to form the forecasted long-term reference points and priorities of the state policy in the respective sphere.

Tymofiy Mylovanov appointed Minister for Development of Economy, Trade and Agriculture during the first session of newly-elected Verkhovna Rada of Ukraine (Parliament) on August 29th. 281 MPs voted for this appointment. 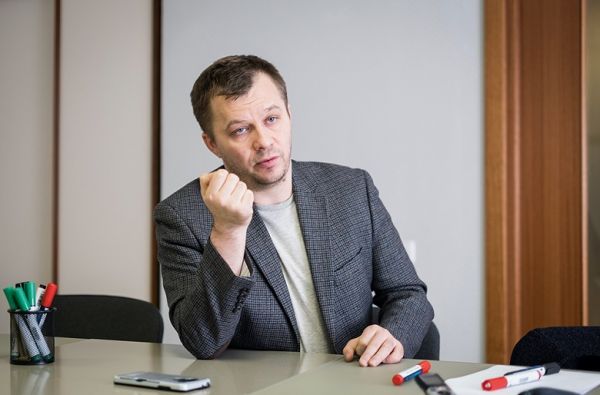