Since the beginning of 2019/20, Saudi Arabia has reduced import of Ukrainian barley as the country produced a rich harvest of fodder crops, UkrAgroConsult reports.

"However, China is still the second-largest importer of Ukrainian barley, although imports have been suspended since September 2019," the analysts note.

Exports of barley in July-March 2019/20 totalled almost 30% higher from the relevant period of the previous year.

Low demand and plentiful supply on the world market led to an increase in domestic stocks. Ukraine's barley stocks exceed last year's by 37% as of Mar. 1, 2020.

Low prices and falling margins resulted in a reduction of barley areas in the Black Sea region (winter and spring). 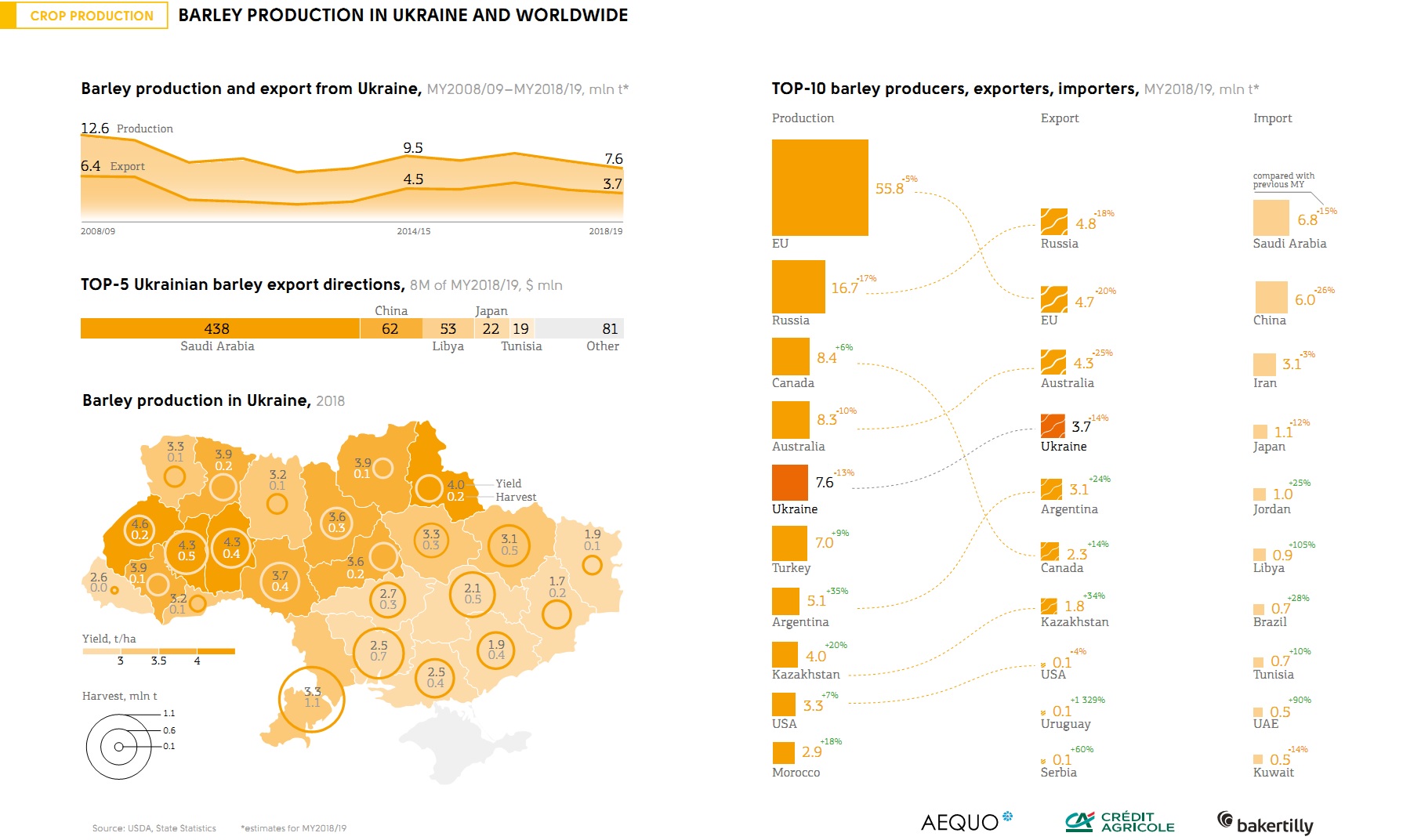 "Barley harvest is also expected to decrease in Ukraine by 10-15% vs. the previous year," experts forecast.