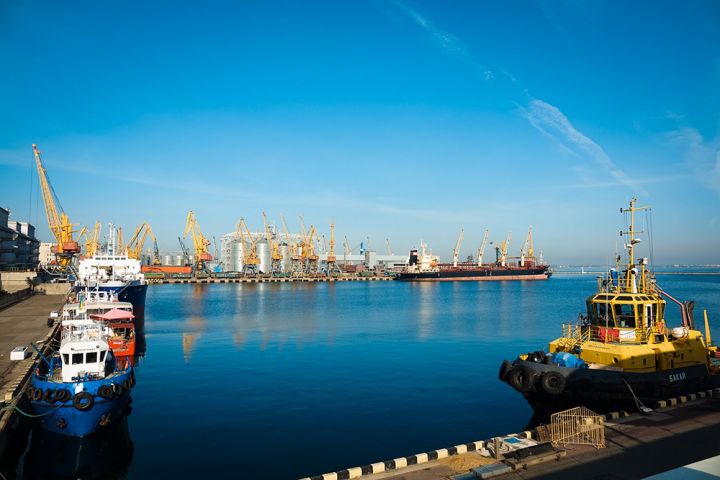 The Port of Odesa
Photo by: Latifundist.com

The agency "assures" that "threats of shelling and high mine danger created by Kyiv do not allow the vessels to pass safely to the open sea."

"The russian armed forces are opening two maritime humanitarian corridors every day from 08:00 a.m. to 07:00 p.m. moscow time, which are safe for the passage of ships," the agency informs.

In the Black Sea — to depart from the ports of Kherson, Mykolaiv, Chornomorsk, Ochakiv, Odesa and Pivdenny in the south-eastern direction from Ukraine's maritime zone. This corridor is 80 miles long and 3 miles wide.

In the Sea of Azov — to leave the port of Mariupol in the direction of the Black Sea. The corridor is 115 miles long and 2 miles wide.

Previously reported that Secretary-General of the United Nations Antonio Guterres was negotiating with russia and other countries to resume grain exports from Ukrainian ports in exchange for the suspension of sanctions on exports of fertilizers from russia and belarus.

With seaports blocked by russia, Ukraine loses USD 170 mln every day, and the country's export capacity has shrunk by more than half.