Volvo and NIBULON: the Deal Worth Millions 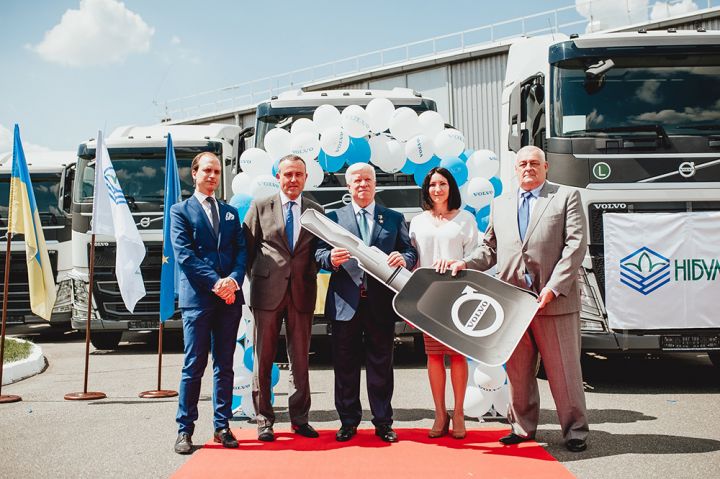 Last week, NIBULON Company purchased 30 Volvo FH trucks from the Volvo Company. This transaction is certainly historically important for both companies. In general, cooperation between such large companies is of great importance for all Ukraine. The Latifundist.com team attended the official handing of keys from new trucks to find out how the partnership of the two companies allows to save state money and saves the country's infrastructure. 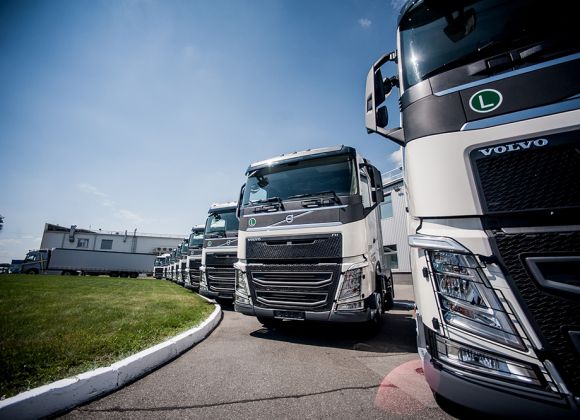 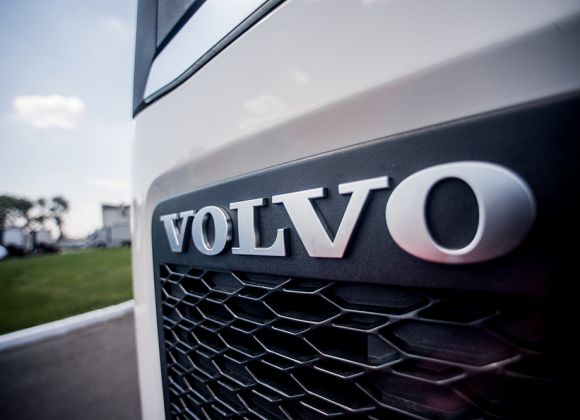 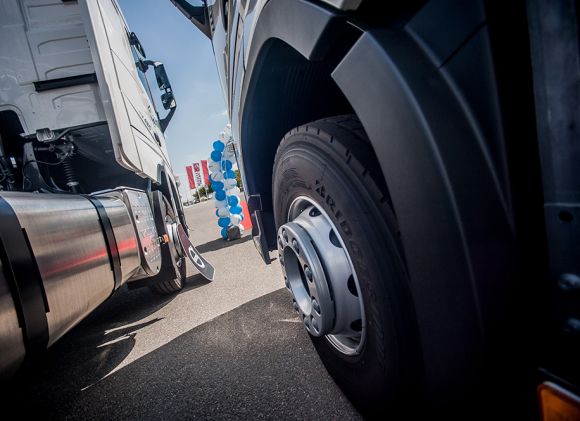 The country of old trucks

The official ceremony of handing over the keys to 30 new Volvo FH trucks for grain transportation was held on the territory of Volvo Ukraine. A number of brand new vehicles straight off the conveyor from Belgium and Sweden, the red carpet, Ukrainian songs, the flags of Ukraine and the European Union, this is the way the organizers greeted the guests of the event.

Among the participants were: Hero of Ukraine, CEO of NIBULON Company Alexey Vadatursky together with his colleagues, Commercial Officer of Volvo Inna Smola, Regional Sales Representative for Volvo Trucks in Ukraine Yury Antonyuk, Ambassador of Belgium to Ukraine Luc Jacobs, Counselor of the Embassy of Sweden in Ukraine Henrik Norberg and others.

As Alexey Vadatursky mentioned during his introductory speech, more than 75% of trucks in Ukraine are over 10 years old, which negatively affects the country's infrastructure. 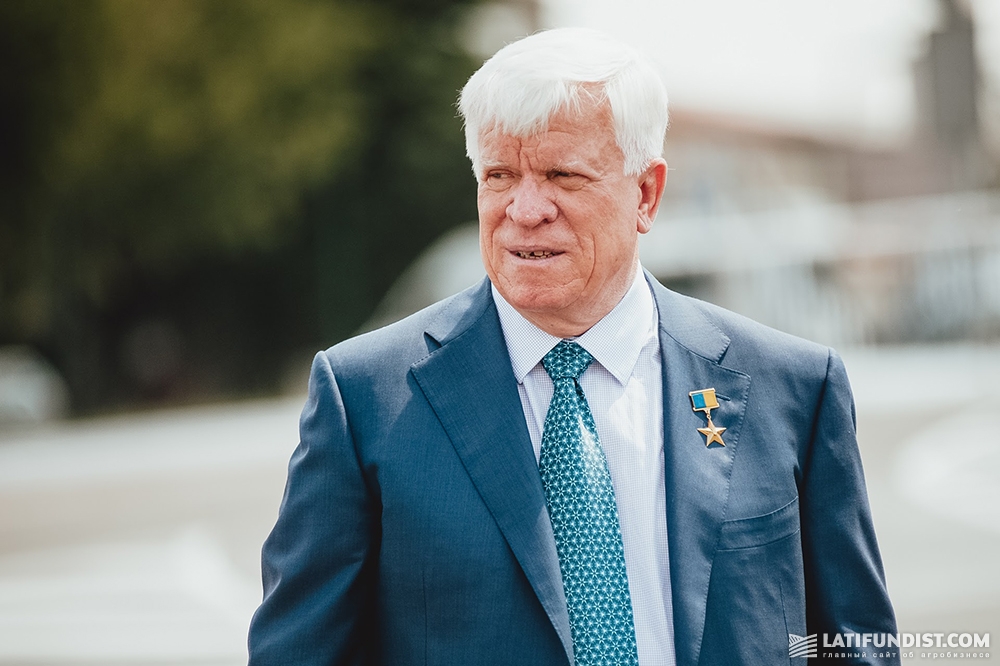 In order to unload the motorways, NIBULON actively develops river logistics as well as renovates the vehicle park. In particular, this year 60 new trucks for grain transportation were purchased, half of which being Volvo FH vehicles. According to Alexei Vadatursky the vehicles were chosen long and carefully, but Volvo Ukraine Company attracted them with the reliability of the machinery and the favorable financial terms of the deal.

"According to the World Bank, the number of new trucks on the roads of Ukraine is less than 1%, the trucks under 5 years old make less than 3% and those over 10 years make more than 75% of all vehicles. The old trucks are destroying the roads, which are already in poor condition. We decided to upgrade our vehicle park and purchased 60 new trucks for grain transportation including 30 Volvo FH trucks. In fact, this is the largest supply of trucks of this company to Ukraine. We gave priority to Volvo, because these vehicles are reliable, strong and adapted to Ukrainian roads," said Alexei Vadatursky.

The purchase of new vehicles took place under the Trade-In program — Volvo Ukraine Company purchases from NIBULON old trucks in return for the new Volvo FH models. Besides, the purchase was financed by the VFS Ukraine (Volvo Financial Services Ukraine) leasing company, which is part of the Volvo Group. According to the representative of Volvo Ukraine Company Yuriy Antoniuk, the Trade-In program has recently started operating in the Ukrainian market of agricultural machinery. Nevertheless, the speaker hopes that NIBULON Company will become a pioneer in this area.

“NIBULON Company and Volvo Group are good long-standing partners. Together we have implemented many projects for the supply of diesel generators and navigators by Volvo Penta Company, excavators and loaders by Volvo Construction Equipment. Therefore, NIBULON is well acquainted with Volvo products. We managed to find a common language quickly. After all, Volvo Ukraine Company has offered not just a product, but a complete solution for the client, including the Trade-In service and financing,” added Yuriy Antoniuk in an exclusive comment to Latifundist.com. 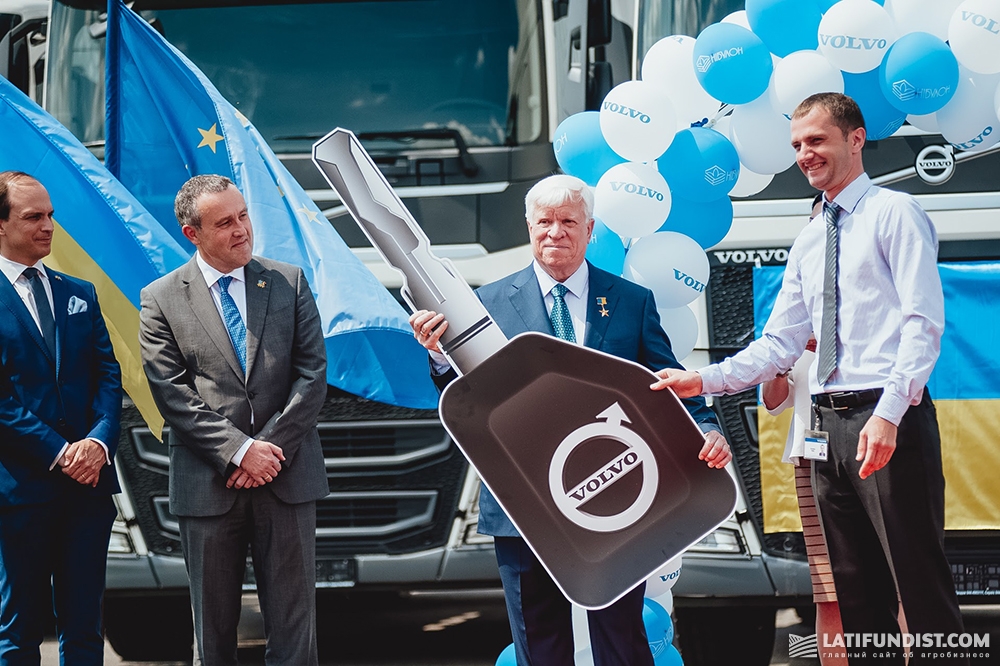 Taking into account the toughening of the overall weight control, as well as Ukrainian highways features, Volvo Trucks develops adapted vehicles for Ukrainian consumers. And although it is sometimes difficult to create a balance between high traffic, carrying capacity and speed in one vehicle, Yuri Antonyuk assures, that Volvo Ukraine Company always provides vehicles that meet the client's needs. 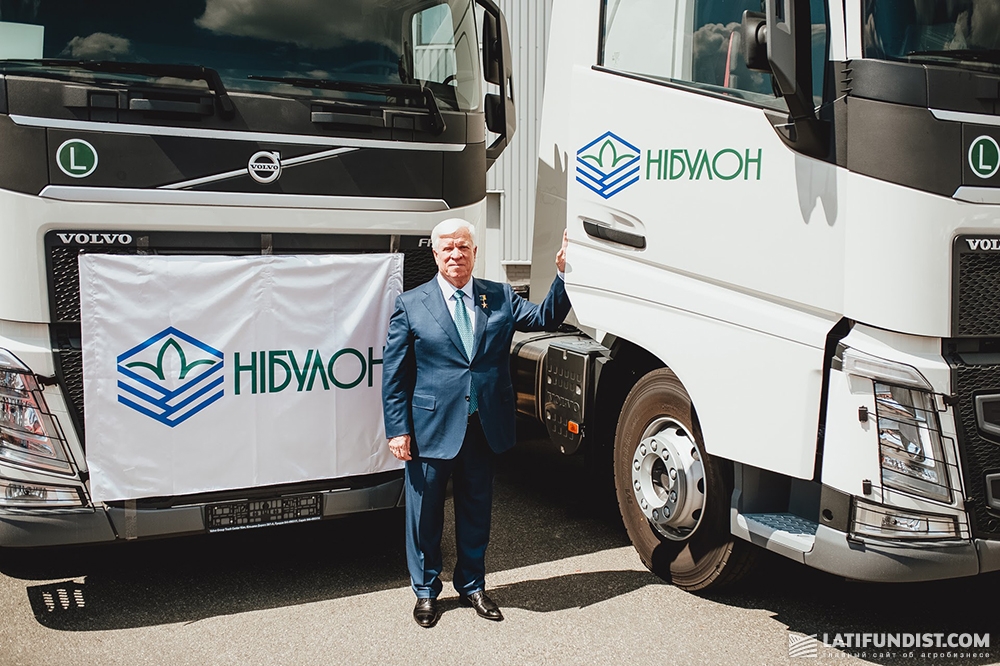 The new Volvo FH trucks were no exception. As Inna Smola explained, the vehicles were designed for the needs of the NIBULON Company taking into account the company logistics features and the country infrastructure.

"The transport was designed specifically for the needs of NIBULON. We studied the routes and operating conditions of the vehicles and offered the equipment fully adapted not just to Ukrainian roads, but specifically for transportations carried out by NIBULON — a short run from the fields around river terminals within 80-120 km area," noted Inna Smola. 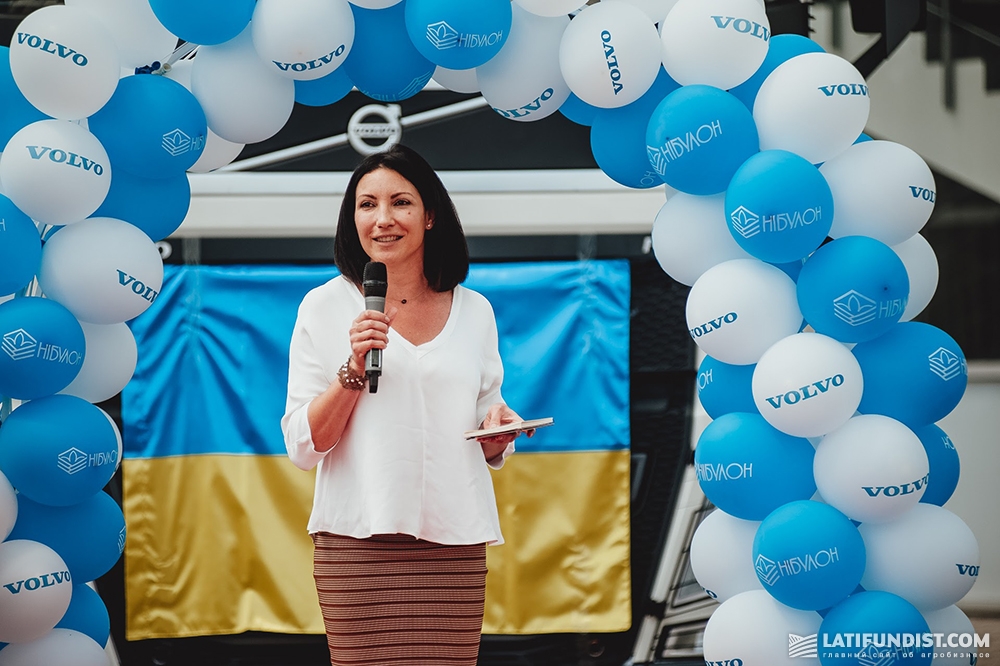 NIBULON takes care of the roads and finance

The vehicles will transport grain and oilseeds within the Nikolaev Region to the nearest river terminal, and then grain will be transported by water transport, significantly reducing the load on Ukrainian roads. It means that NIBULON Company will save up to 4 billion UAH of state money annually! Without any doubt this is a significant saving for Ukrainian budget. 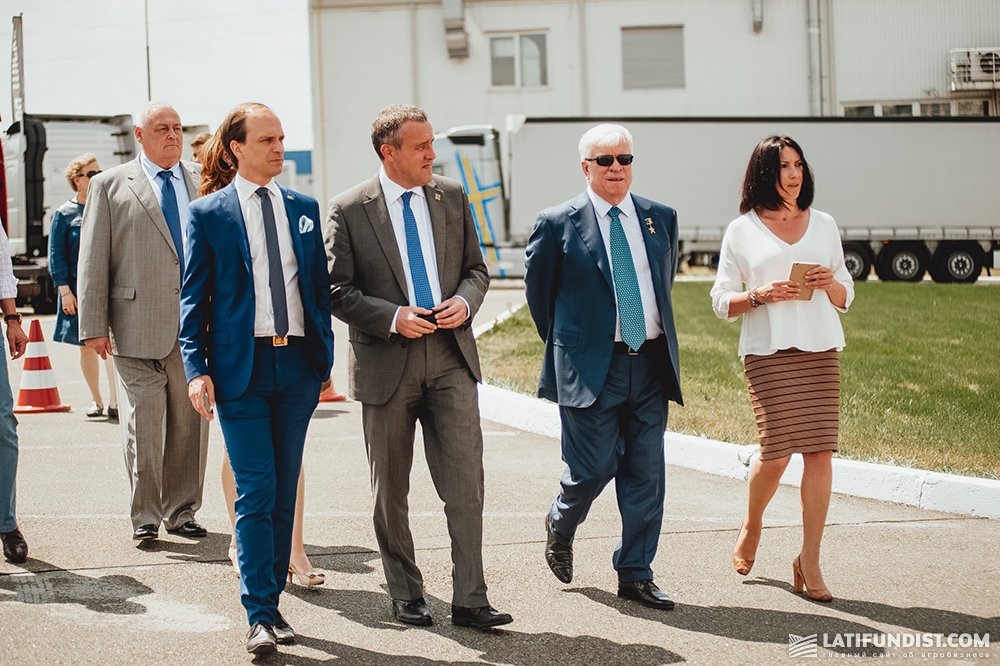 "We are creating an infrastructure which enables the delivery to be carried out within the region to the nearest river elevator, and then transportation is done by water. We have already removed from the roads about 2 million tons of grain a year, and every million tons is a saving about 800 million UAH for the road carpet repair. We plan to increase the volumes of river transportion to 60% in the system of our logistics and set the goal to remove as much as 4-5 million tons of grains from the roads. This will enable Ukraine to save up to UAH 4 billion on the communication routes repair annually," commented Alexei Vadatursky.

At the same time, this deal is important for Ukraine as well as for the entire European Union. According to the Ambassador of Belgium in Ukraine, Luke Jacobs, cooperation between Ukraine and the European countries will create conditions for trade development and improve the economy of our countries. 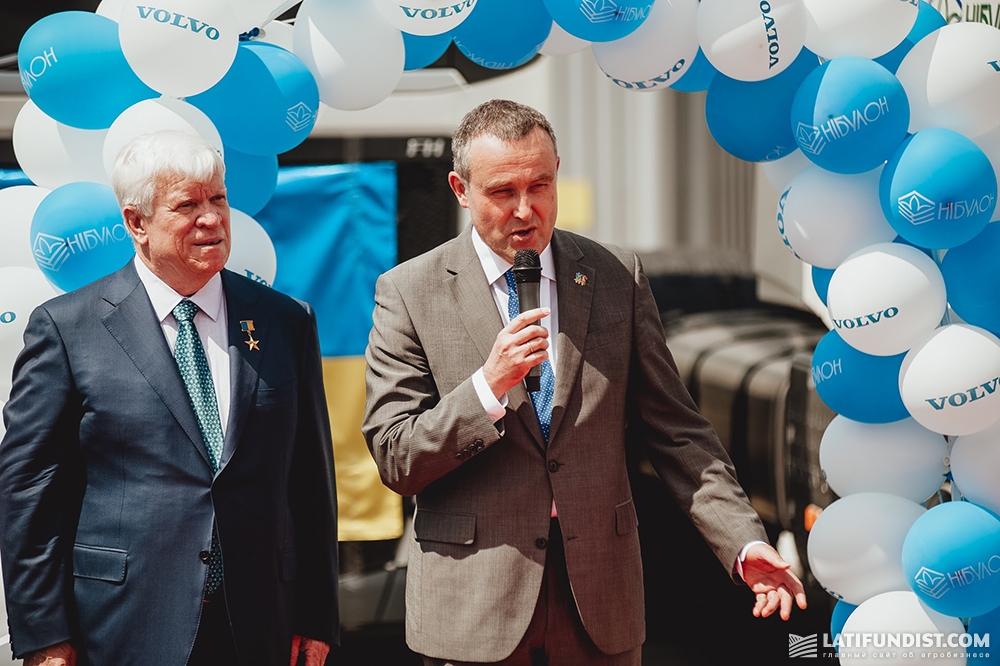 "This is a successful story not only for Ukraine, but for the whole Europe. The story demonstrates that there is an international cooperation of business of different European countries. And today's event shows that cooperation between Ukraine, Sweden and Belgium will contribute to the economic growth of these countries as well as to the development of trading. Therefore, I congratulate the companies NIBULON and Volvo Ukraine on the successful partnership," summed up Luke Jacobs.

He was supported by Mission Deputy Head, Adviser to the Swedish Embassy in Ukraine Henrik Norberg, noting that the history of NIBULON and Volvo Ukraine serves as an example of successful cooperation between Sweden and Ukraine. And there should be more of such examples for further economic growth of the countries. 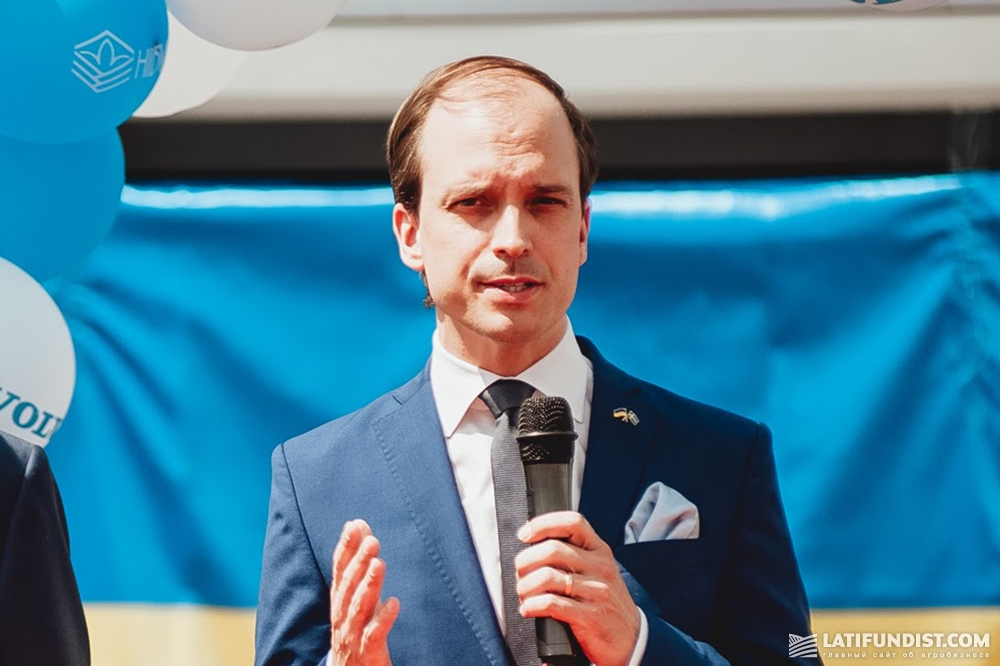 "For any embassy, ​​one of the main tasks is to increase the volume of bilateral trade. Swedish companies make decisions very carefully and do not take final steps until they are convinced of the creation of all conditions, necessary for work. And there are a lot of Swedish companies interested in the Ukrainian market who are just waiting to take this final step. Therefore, it is very important to share this success story as much as possible," Henrik Norberg commented.

Be the first, but not the only ones!

After the ceremony, Alexei Vadatursky together with Luke Jacobs and Henrik Norberg performed a test drive of the new Volvo FH trucks. They noted the convenience of the driver's workplace and the quality of vehicles. 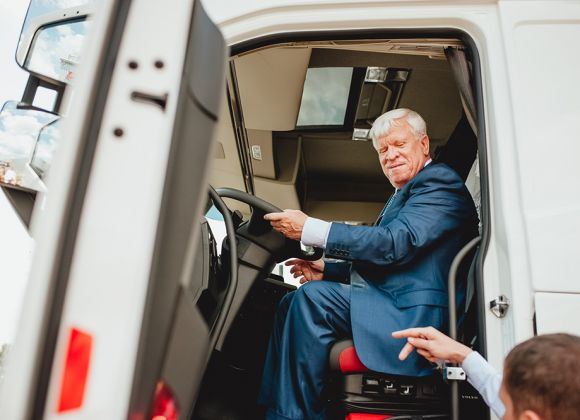 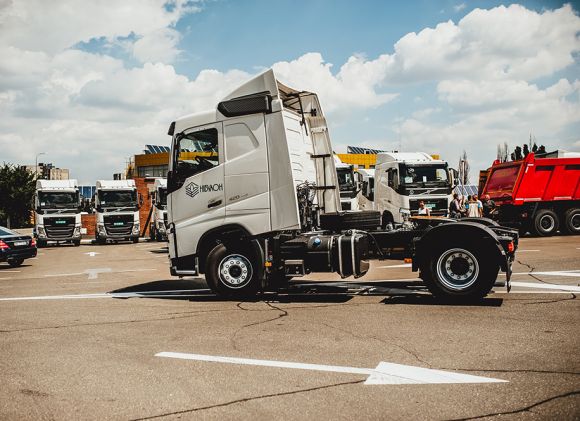 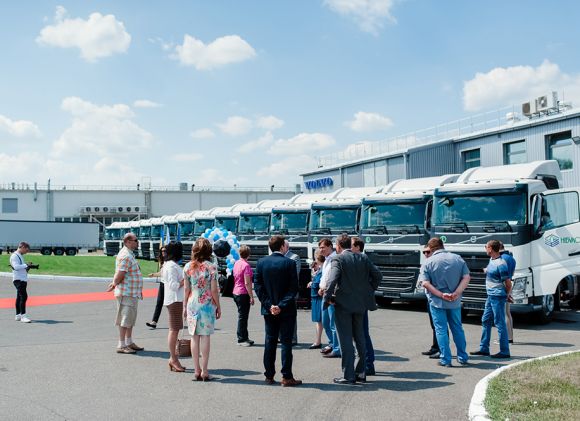 "I saw that my employees will work in good conditions, and this work will bring them pleasure! We set an example that Ukraine should be a European country in all respects: in terms of equipment, life, and workplaces quality," commented Alexei Vadatursky. 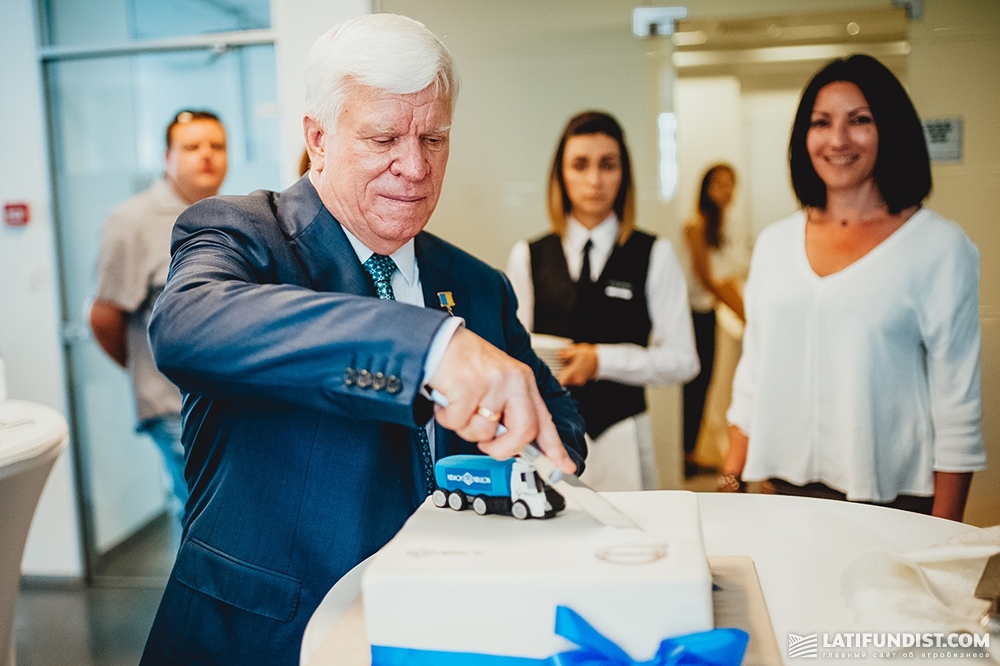 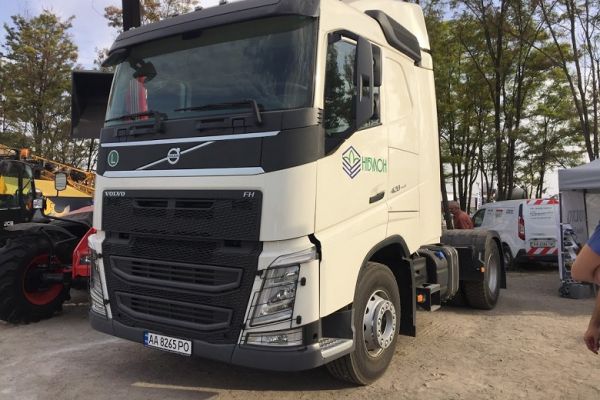 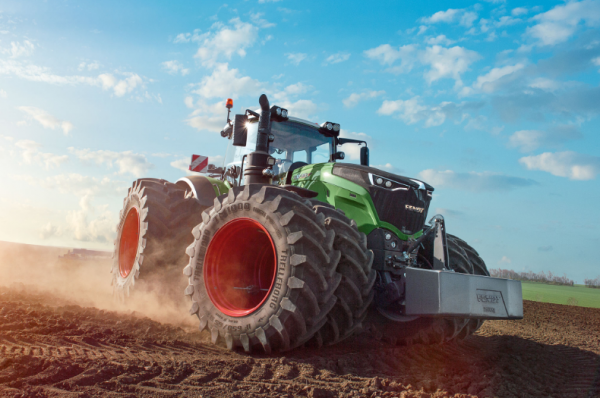 AGCO to acquire Precision Planting from the Climate Corporation
News
981 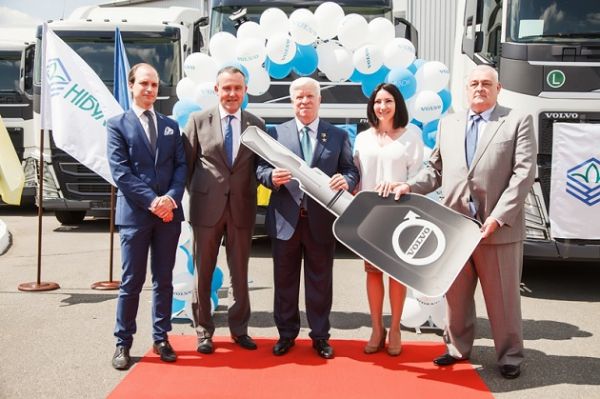