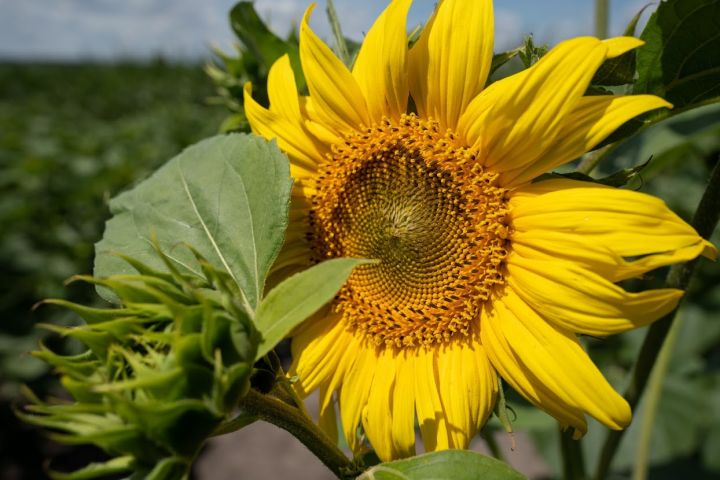 The impact of climate change has been apparent in Ukraine and globally over the past few seasons. We hear talks about underutilized oilseed crushing capacity, yet at the same time, companies report the construction of new plants. There is barely any cropland left to expand the area for oilseeds, especially sunflower. The increase in official statistics is only possible by de-shading the 'grey' production which indirectly, through oil balances, accounts for 10 to 30% of the market depending on the season and crop. Still, only a small proportion of rapeseed is processed, and in around 3-4 months it is 'gone'. Ukrainian rapeseed meal and oil do not reach the premium markets, and it is not economically viable to solve the GMO issue. Soybean has a similar perspective, although its percentage of domestic processing is markedly higher. A premium for meal and oil would mean additional capacity utilization.

The second, no less important matter, is everyone's favourite "green deal". A new word, so far incomprehensible and alien to the Ukrainian average, which already affects our market through the price, and over time, this growth will only intensify. The sword of Damocles hangs over the cost of energy, biofuel and reduction of hazardous emission. But back to the price of raw materials. Naturally, the tail can't wag the dog forever and the volume/speed of seed harvesting in Ukraine and Russia creates short-term fluctuations in the oil and meal market every year. Climate change over the last ten seasons has shifted seed production from the southeast to northwest Ukraine: 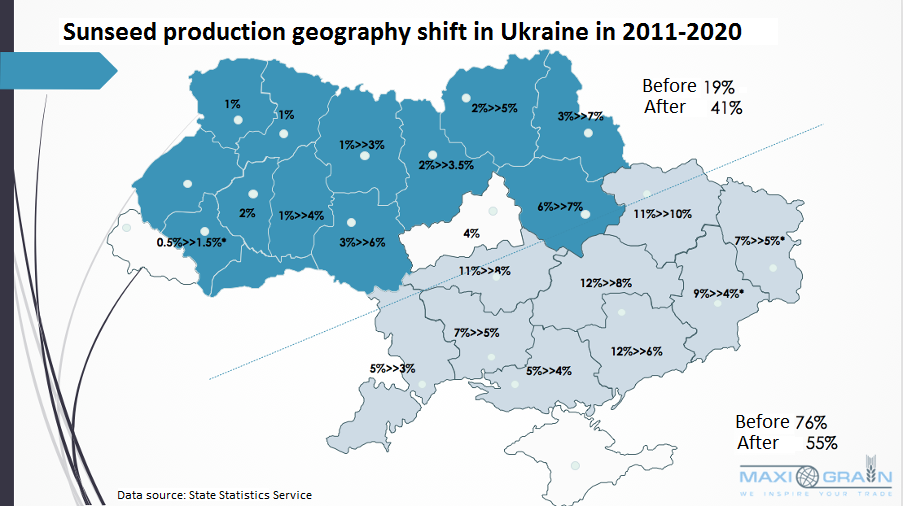 In the future, this trend will strengthen, along with the soil degradation, so it is logical to build new crushing plants where the raw materials are shifting to.

This trend has already been captured by multinationals around the world. For example, in North Dakota, USA, a world leader has built a soybean processing plant because it has begun to produce there in quantities no longer transportable to other US states. The underutilization of capacity is a result of a weaker raw material base in the "old" regions. The second factor is the still unbroken export trend of other oilseeds. Thus, for a cow to eat less and produce more milk, it needs to be fed less and milked more — we either need to expand the area or increase productivity. And that means, in a short period of time, reducing the margin. Otherwise, even though domestic consumption is insignificant, we will lose our role as a market maker. If farmers switched to non-GM, if only China paid a premium, then the plants could be loaded more. Otherwise, at the end of the season, especially a poor season like 20/21, raw materials are scarce and up to 50% of capacity is idle. 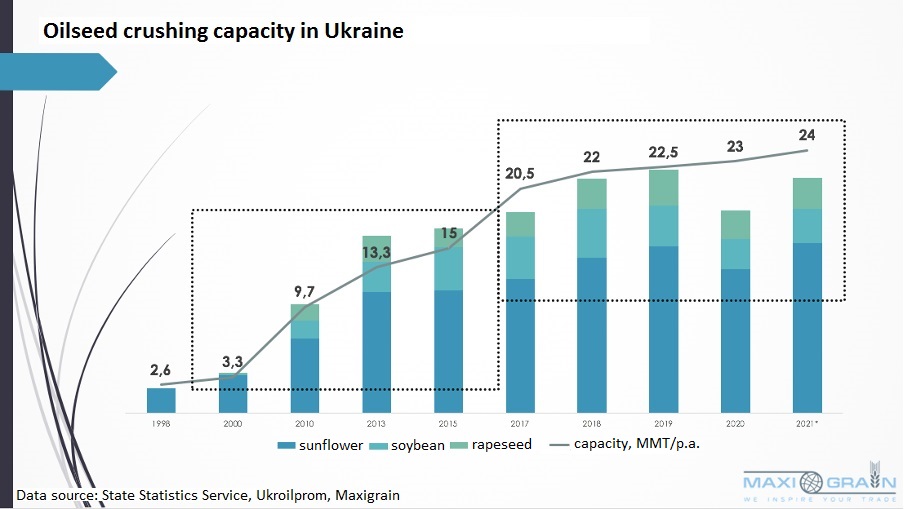 Climate change driving the migration of crushing facilities in Ukraine, and global price-fixing conspiracies suggest that there's more to the story. Sowing and harvesting periods in Ukraine have also begun to shift:

Running to and fro moisture, agriproducers are gradually adjusting the sowing periods and the peak is as far as in mid-May. The harvesting season, accordingly, has altered both in terms of start and peak loads — it is now October. This would have been fine, especially in the 21/22 season, if nothing else had to be harvested and transported at the same time in Ukraine. Along with a shift in harvesting, albeit an insignificant one, we can expect a shift in the shipment period, which may coincide with other crops. Early sowing does not mean timely harvesting, and the latter takes longer with each year. Soon December sunflower field photos will be trending. Thus, only the brave and the risky contract new crop oil in August, the same ones in September. A sharp rise in temperatures after heavy rainfall forecasted by the weather service will do good only to my tan. The question is whether there will be "enough quality oilseed at the right time in the right place". Judging by the trends of recent years, it is an unanswerable question. 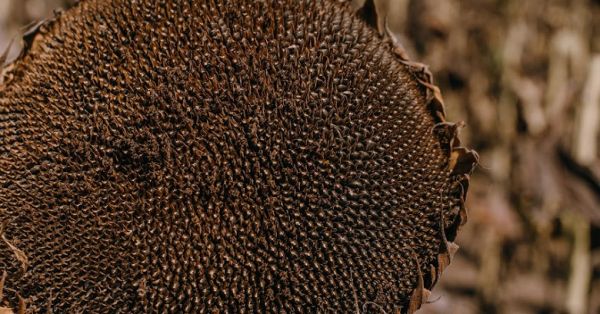 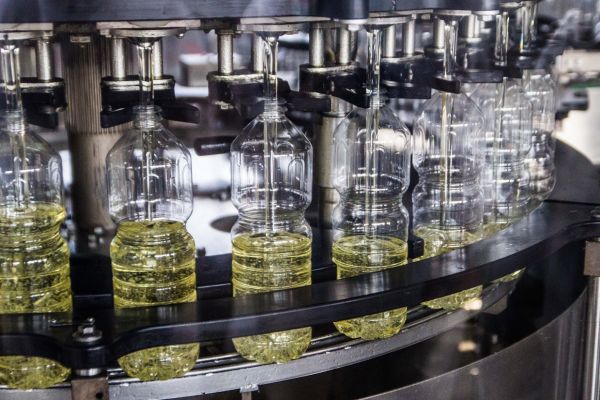 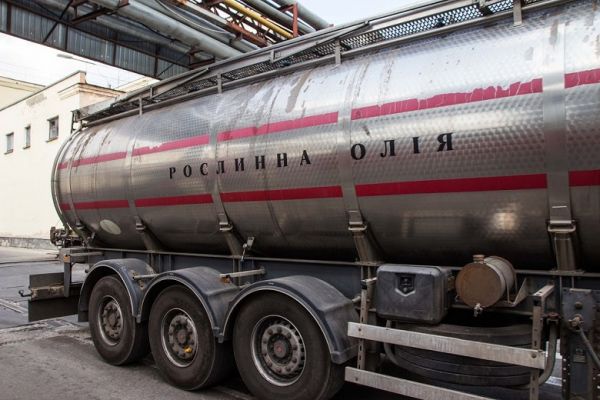