Svarog 2.0: Agroholding in a New Format 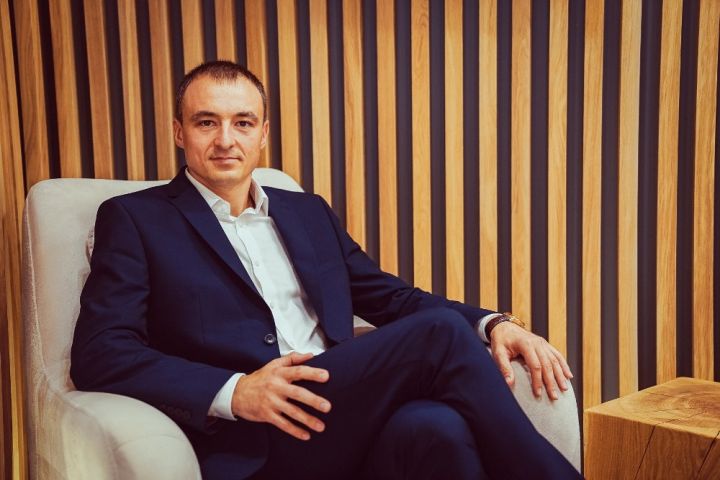 Aleksandr Vodzinskiy, Member of the Board of Directors, Director of Legal Affairs at Svarog West Group Corporation
Photo by: Latifundist.com

In March of this year, Svarog West Group Corporation has changed the form of its management. The board, previously headed by Andrei Gordiychuk, was transformed into a collegial management body — the Board of Directors of the corporation. Aleksandr Vodzinskiy, Member of the Board of Directors, Director of Legal Affairs at Svarog West Group Corporation, tells about the change in the company's management structure, business trends in Ukraine, the secrets of HR branding and personal experience in agribusiness.

Change in the management structure

Latifundist.com: You have become a member of the Board of Directors of the corporation, which has more than ten years of successful experience in the agribusiness. Please tell us how you came to this business.

Aleksandr Vodzinskiy: More than ten years ago, Svarog West Group Corporation started its operation on the basis of Shepetivka Sugar Refinery and soon after it grew into one of the largest agricultural holdings in Ukraine. In March 2007, I started my career at the sugar refinery as a legal adviser, head of the Legal Affairs Department and later — Head of the Board. When the decision to establish the Board of Directors was made and the management structure of the Corporation was changed, the shareholders appointed me as one of the seven members of the Board, the Director of Legal Affairs. Agribusiness is not new to me.

Latifundist.com: You have held the position of Director of Legal Affairs for more than 6 months. What are your first impressions so far?

Aleksandr Vodzinskiy: I wanted to work in the legal sphere, and I knew that I had enough experience. Of course, I did not expect so much workload due to the changes in the company. At first, there was a lot of organizational work, and it was intertwined with a daily routine that took a lot of time and energy. At the same time, the corporation continued to move forward, the sowing campaign was about to start. We had to think about strategic planning, and about large-scale prospects. But it happened in the period of adaptation, and today we are working in the usual rhythm.

Latifundist.com: Are there structural units that were useless and were liquidated and did not occur in the new company’s structure?

Aleksandr Vodzinskiy: Firstly, the changes in the company’s management structure depend on the needs of the market. Secondly, I can not say that there were unnecessary units. We optimized the structure itself and united similar departments. The personnel optimization did not affect the functionality of the corporation as a whole. Nevertheless, it helped transform the structure to increase efficiency, while maintaining the usual pace of work. 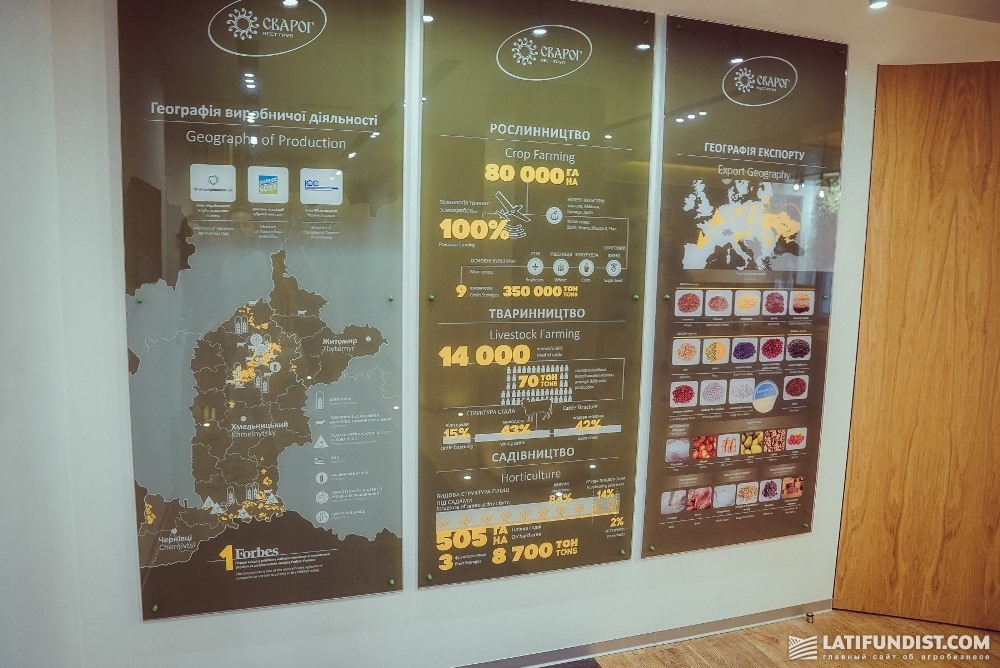 Latifundist.com: In Khmelnitsky and Zhytomyr regions, the issue of agrarian raiding is very acute. To what extent has this problem affected Svarog West Group? Were there attempts to take over the company’s assets by interested parties?

Aleksandr Vodzinskiy: Raiding is only a word, used to indicate many forms of capturing enterprises and their property. In recent times, there were no raid attacks. Any enterprise that is a part of Svarog West Group Corporation was a victim of taking over corporate rights or property.

By and large, this did not happen due to the company’s stability. It's no secret that external attacks are often associated with internal problems within companies. Control over internal processes is the most important defense mechanism from raiders.

Talking about Khmelnytsky region, I do not think that this situation is unique, this is the problem of the whole Ukraine. In our country, the legal regulations of the corporate governance and property rights are constantly being improved. Until recently, any registrar on the territory of Ukraine could make a record that your property is no longer yours, and only a court decision after long litigations could cancel this entry. Therefore, raiding is not a cause, but a consequence of systemic problems in legal regulation.

Latifundist.com: What protection is envisaged by the company to prevent or effectively counter the so-called "land hunters"?

Aleksandr Vodzinskiy: Legal mechanisms are nothing compared to social work. Systemically, you can lose land bank only if you systematically make mistakes in relations with landowners. The company pays attention to the timely calculation of rent, adequate response to changes in the situation, and the implementation of social projects.

The basis of our algorithm is people on whom we rely in our work. These are the company’s managers that I trust and the company does. Strong companies can not be the victims of raiding. All the same as with the countries: only weak ones have been attacked. If the company does not have internal problems, then raiding can not be committed, since the raider has no supporters. This will no longer be raiding, but the article of the Criminal Code — the company’s takeover or obstruction of activities. Therefore, I believe that personnel is the key.

Latifundist.com: In your opinion, how should raider issues in our country be solved?

Aleksandr Vodzinskiy: This issue requires careful regulation at the legislative level, in particular, we need to address issues such as the development of the institution of corporate governance and the regulation of the property rights relations. But in the last 2-3 years, there have been significant changes for the better. For example, one can check the open registers of property rights, legal entities, and individual entrepreneurs. The only register that has been closed so far is the land registry. Why so? Because certain parties benefit from it. 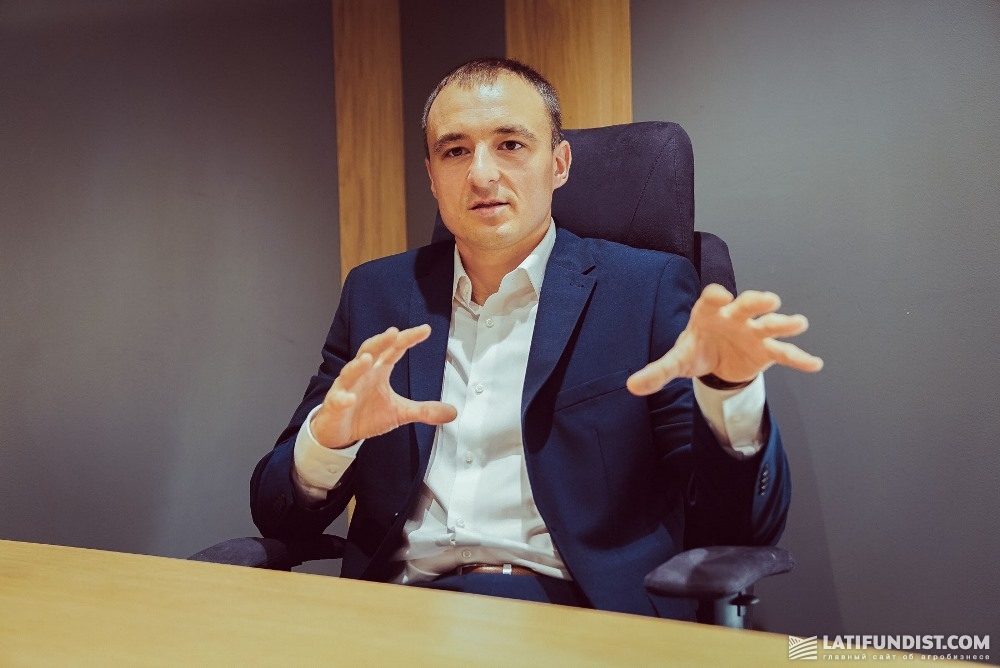 In the land relations, everything is done in a semi-manual mode and based on incomprehensible information from the State Land Cadastre offices. We dealt with the fact that it is possible to register a land plot even though the lease rights have already been registered. After that, we are compelled to apply to the Ministry of Justice of Ukraine with the appeal to cancel the illegal entry or appeal to the court if the Ministry of Justice does not help.

The problem is that the primary lease right can be registered even before the creation of the register. Therefore the verification of the possibility to register rights is carried out on the basis of a certificate, resulting in all the subjective factors.

But still, a lot of changes for the better have already happened. I think the vector is true, the ideas are correct, but the question remains — how and when everything will be realized.

Latifundist.com: For a long time the company’s land bank of 80 thousand hectares remains the same. Does the company plan to expand it in the near future?

Aleksandr Vodzinskiy: The main task of any living organism or species is to fill as much space as possible. The same with companies. Our main goal is to expand the land bank and increase capacity because it increases the income for shareholders. How this will happen is a matter of tactics and strategy.

Latifundist.com: The most heated issue on the agrarian agenda for the last 2-3 years is the land reform and the lifting of the moratorium on land purchase and sale. What do you think of this: should we lift the moratorium or not?

Aleksandr Vodzinskiy: Since 2005, I see anything except populism in this matter. The only thing that has been done is the opening of the land cadastre. That is all.

I think that it is necessary to open the market because this is the most important obstacle to business in attracting agrarian investments. In general, the propaganda of the ban on the land sale, for me personally, looks ridiculous. Imagine if you were forbidden to sell your old car that you do not need anymore, referring to your interest, and you would also agree that it can not be sold because someone will buy it.

Therefore, I support opening the land market, even with the participation of foreign capital. But it is necessary to finalize the mechanism of purchase and sale, and identify specific ways to implement the reform because there is a risk that poor people will not be able to sell their land at market price. 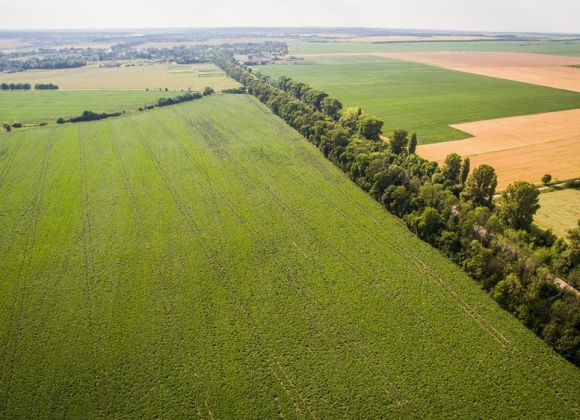 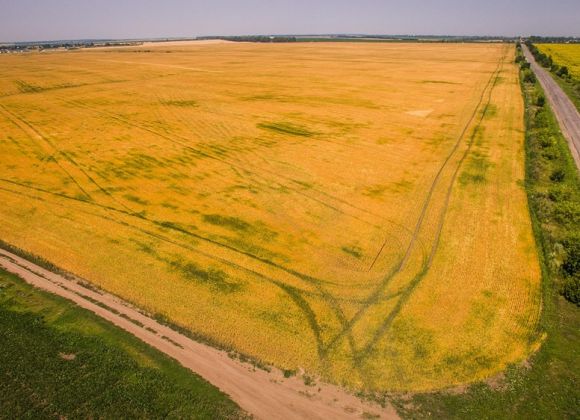 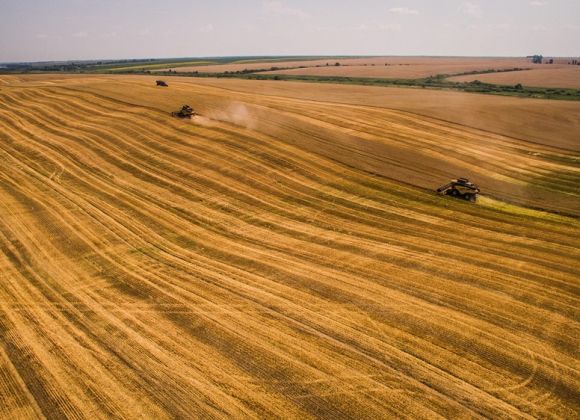 Personnel is the key

Latifundist.com: You have said that personnel is the key. What is the most important quality of a good employee?

Aleksandr Vodzinskiy: Personally, I distinguish one important quality which, unfortunately, is often not taken into account when hiring a new employee. It is the ability to learn. This parameter indicates the employee’s effectiveness in the rapidly changing scenery of the modern world. And then it does not matter how much you know and can, the main thing is how much you can learn and master in the process of work. Unfortunately, such a quality as learning is getting lost with age, which gives preferences to the younger generation. Nevertheless, everything is individual.

Latifundist.com: What are the main criteria for success of the agro-company?

Aleksandr Vodzinskiy: Now the topic of success for agro-companies is very popular, there are lots of ratings and long-lists. But I believe that the main criterion is the percentage of return on equity for a specific shareholder based on the company's performance. The larger is the dividend from the company, the more successful is the business.

Latifundist.com: After the change of the company’s management, the rumors appeared that Svarog is being prepared for sale. How valid are they?

Aleksandr Vodzinskiy: I will not confirm these rumors. Any business is sold. I can say that the establishment of the Board of Directors is not just a fad or a preparation for sale. This is a prerequisite for the business that wants to work with foreign capital. If the company does not meet the requirements for corporate governance, the level of confidence in it is almost zero. Sooner or later, we all will understand the fact that the Western model of corporate governance is the most effective one. 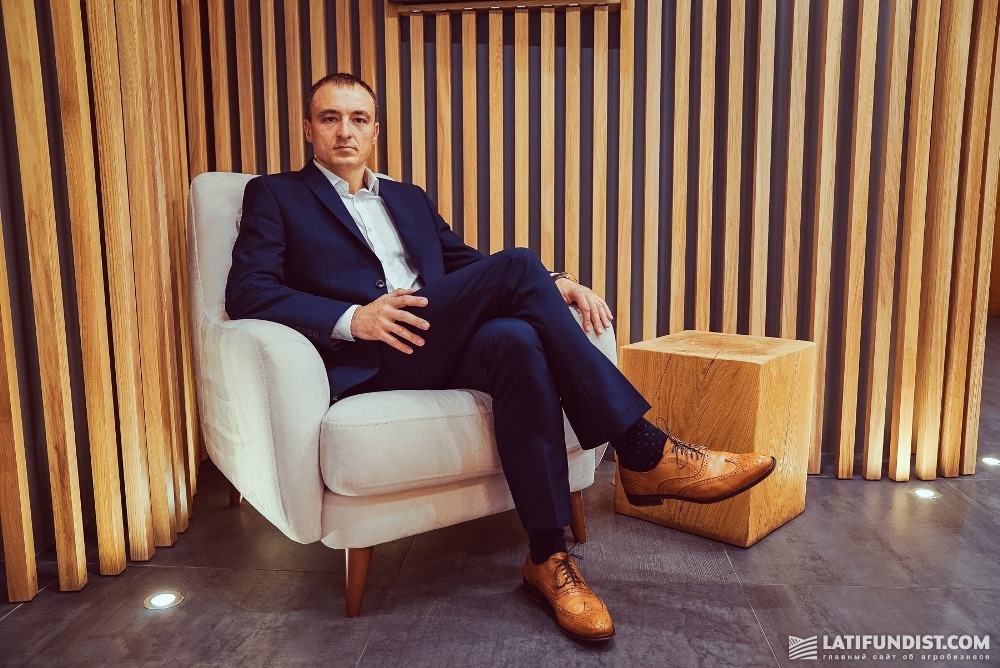 Latifundist.com: What is your golden rule of "managerial success"?

Aleksandr Vodzinskiy: My golden rule is to hold my finger on the pulse. You are a successful leader as long as you know what your employees are doing while you are ready to check the progress of your orders. After all, as soon as you take your finger off the pulse, you lose the right to call yourself a leader. 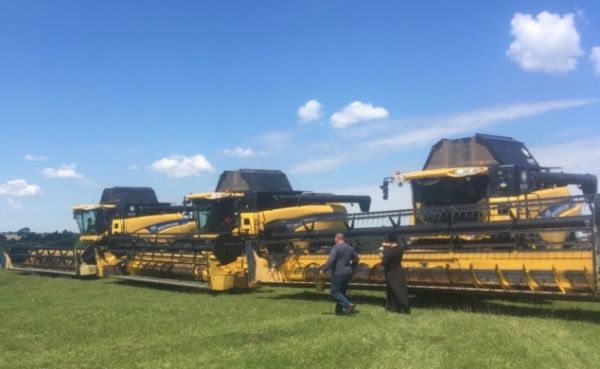 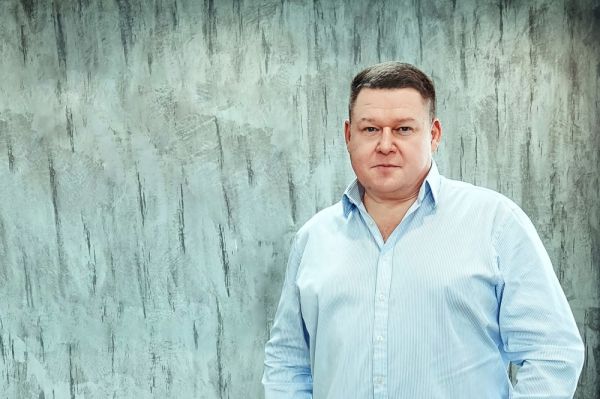 Mykola Agarkov: The Only Sphere Where Dictatorship Is Present in Svarog Is the Technological One
Special Projects
4048