Bill Gates to finance creation of a genetically perfect cow 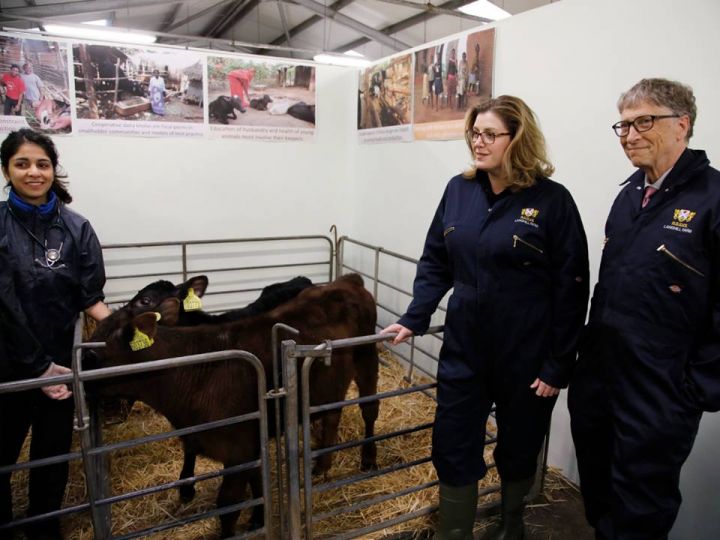 Bill Gates has funded genetic research into how to create the perfect cow — one that will produce more milk and be able to withstand temperatures beyond that of the average cow, writes Business Insider.

The Microsoft founder has invested $40 million (£28 million) in the Global Alliance for Livestock Veterinary Medicines, or GALVmed, a nonprofit organization based in Edinburgh, Scotland, that conducts research into livestock vaccinations and genetics, the BBC reported.

Gates wants to help create the perfect cow that will produce as much milk as a European cow but be able to withstand heat as well as an African cow.

He said: "The impact per dollar we spend is super-high in this area. You can have a cow that is four times as productive with the same survivability."

Though it's unclear how exactly such cows will be created, Gates has previously proposed creating cows via artificial insemination.

Though climate scientists have warned that cows and dairy products can lead to further environmental degradation, Gates says they can help mitigate global poverty and starvation.