“The project, which costs from USD 200 million to USD 800 million, is currently suspended, but we are actively looking for partners who will join us and provide funds. We hope that after the elections a window of opportunity will open, and we will take a step towards investors in Europe, Asia, America and the Middle East,” Oleg Bakhmatyuk, owner of Ukrlandfarming, commented.

According to him, after losing about 50 pct of production capacity in the Crimea and the Donbas, the agricultural holding managed to restore production and reduce dependence on the domestic market by increasing exports to 55 pct.

“Our strategy is to export 70 pct, and to trade the remaining 30 pct in domestic markets, thereby reducing our dependence on sovereign risk,” the company owner explained.

He noted that currently Ukrlandfarming exports to about 40 countries and is considering entering the markets of Singapore and Indonesia. Oleg Bakhmatyuk considers the European market as the most promising, however, it is rather difficult to enter as there is a multitude of the EU trade margin barriers.

"Within the next five to seven years, we hope that the EU market will open for us, and we are to be ready," Oleg Bakhmatyuk said.

As previously reported, in the previous years the company had lost farmland in the Crimea, in Donetsk and Lugansk regions. Currently, Ukrlandfarming manages more than 500 thou. hectares. 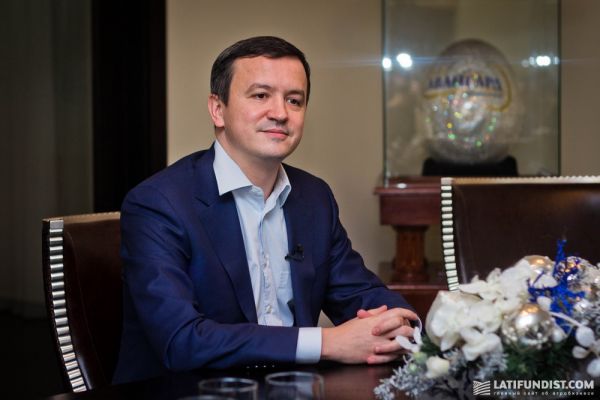