Sugar beet processing season in Ukraine is to start in the first decade of September. As a rule, the production season starts at the end of August. Only 32 plants will be launched this season, less from previous years. This is reported by Ruslana Yanenko (Butylo), the Deputy Chairman of the Board of the National Association of Sugar Producers of Ukraine (Ukrsugar).

The number of factories operating in the season was cut by overproduction and low sugar price observed recently.

"Considering the carry-overs and 1.1-1.2 million tons of the forecasted production volume, there will be enough sugar for domestic consumption which is estimated at 100 thousand tons per month. The export, if any, will be low," said Ruslana Yanenko. 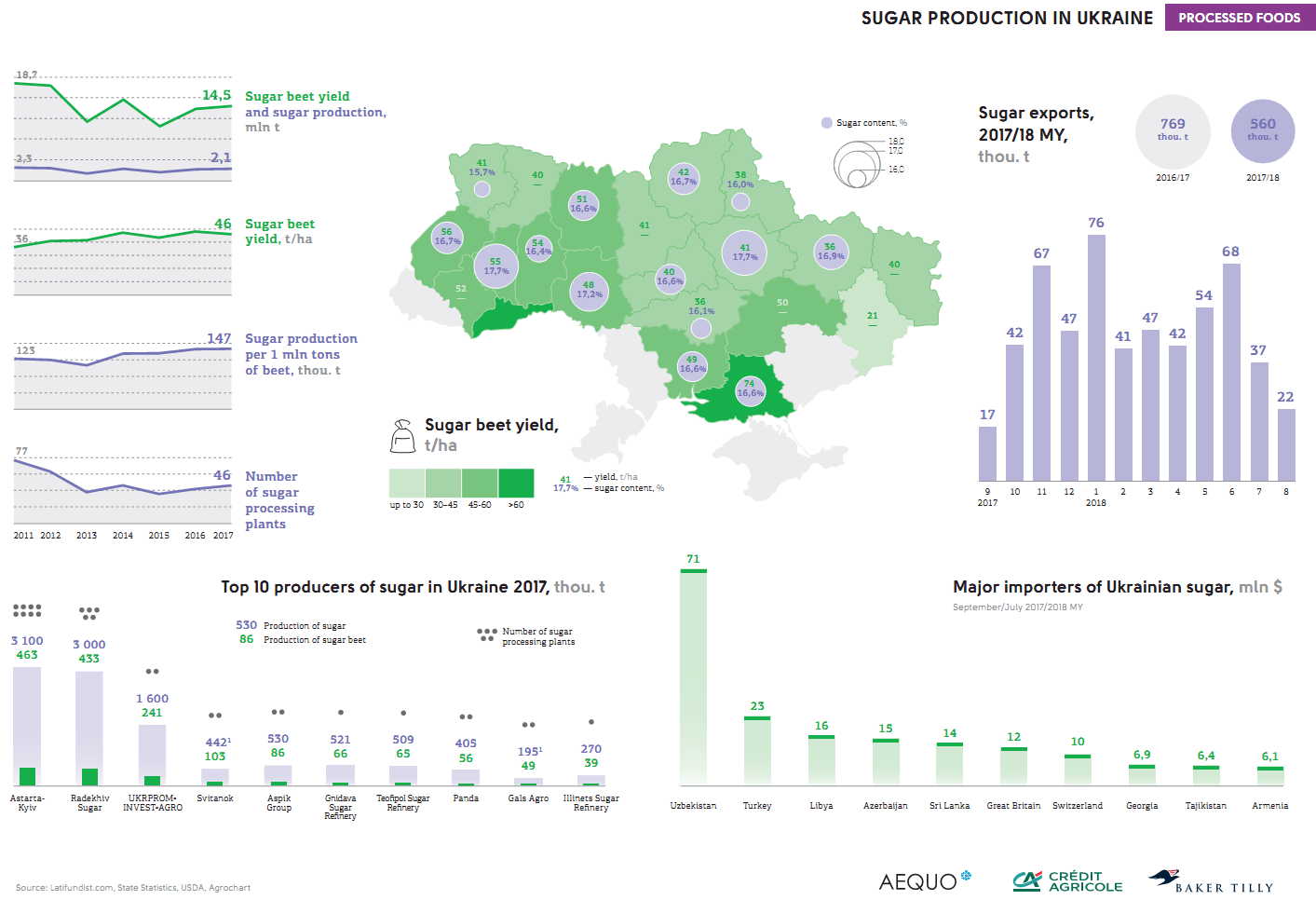 The weather conditions were not favourable enough for sugar beet planting. The fields were flooded first and then affected by heatwaves. The raw materials that will be processed, especially in the first few weeks of the season, will be of the rather poor quality. Consequently, the plant will bear higher production costs and will have a lower output.

As previously reported, beet sugar production in Ukraine in 2019/20 should reach 1.1-1.2 million tons, a third less than in the previous year.