International creditors to Bakhmatyuk initiate a meeting with the Government (UPDATED)

A group of international creditors to Ukrlandfarming and Avangardco agricultural holdings owned by Oleg Bakhmatyuk proposed to the Prime Minister of Ukraine Oleksiy Honcharuk, Ministers of Finance and Economy Oksana Markarova and Tymofiy Mylovanov to discuss the possibility of negative consequences occurrence for the aggregate debt requirements to agricultural holdings in connection with the new evolvement of the legal situation around Oleg Bakhmatyuk and Ukrlandfarming, Interfax-Ukraine reports.

"Considering the significant amount of such debt claims and the fact that the respective international creditors represent important foreign investors to Ukraine, we would much appreciate if we could get your assessment of the situation with the ULF Group in the near future," creditors say in a statement.

The document was sent on behalf of Gramercy Funds Management LLC, Export-Import Bank of the USA, Pala Assets Limited and Export Credit Agency of the Kingdom of Denmark EKF, and on behalf of the members of the Coordination Committee representing the interests of independent international lenders of ULF Group and Avangardco. The international group of creditors is represented by the company Rothschild & Co whose officials are ready to come to Kyiv to discuss this matter.

As it is specified in the letter, the total amount of Ukrlandfarming's debt obligations is about USD 1.65 bln and consists of about USD 1.25 bln of debt obligations to international creditors and about USD 400 mln — to Ukrainian banks, including state-owned Ukreximbank, Oschadbank. The debt to international creditors consists of about USD 775 mln in the form of Eurobonds and USD 475 mln in the form of credit debt to European and American banks, and their respective insurers of credit risk. According to the document, the aggregate main debt obligations of the ULF Group to the members of the Coordinating Committee are about USD 370 mln.

"As you probably know, a significant part of ULF Group's financial obligations have been in default since 2017. A solution to this situation has not yet been found, despite the repeated attempts to coordinate the restructuring with ULF Group and its ultimate beneficial owner, Oleg Bakhmatyuk," the creditors note.

Oleg Bakhmatyuk commented to Interfax-Ukraine on the letter of international creditors. In his opinion, representatives of all Ukrainian authorities ignore any of his proposals to find a compromise. He expects the situation to change after the creditors' letter to the Prime Minister with a proposal to discuss the possibility of negative consequences for the total debt obligations of agricultural holdings.

"None wants a dialogue with me: everybody imitates a struggle for the state's interests. Perhaps, the creditors will be heard if they don't hear me," said Oleg Bakhmatyuk.

In his opinion, such a letter means that application to international arbitration is not excluded, as investors understand that it will be difficult to achieve a constructive position without a shareholder and management.

"Recent publications in the press have not only alerted the creditors but also forced them to act, as an unconstructive approach will lead to the loss for all parties," said the businessman.

He stressed that in the current situation, he no longer had influence over the process which started moving towards unfavourable consequences.

"In recent years, I've been trying to keep a balance with the creditors. Now, this balance is attempted to be destroyed. Everything is being done so that we do not complete the sowing," said Oleg Bakhmatyuk.

He reminded that in December and January the Group's branches need to purchase seeds, fertilizers, fuel and lubricants, etc. for field works, and such a difficult situation has not happened before.

Commenting on the comparison of the situation around the ULF Group and Mriya Agroholding which came under the control of creditors in 2014 after the bankruptcy, the businessman said that the negative consequences might be much worse both for the economy and for the perception of Ukraine by investors, having an impact on agricultural holdings of different sizes.

In his opinion, a constructive position found with creditors and the Government will allow to save much more value of holdings, while an attempt to sell their assets in parts will, in fact, lead to their loss.

"Right before the launch of farmland market, the fall of such companies will have a critical weight for those who will enter the market," added the owner of the ULF Group, referring to the conclusion of 227 thou. land lease agreements and employment of 27 thou. people.

Oleg Bakhmatyuk will return to Ukraine provided that his rights as a human being and the owner are respected by the Ukrainian law enforcement system and the NABU in particular. 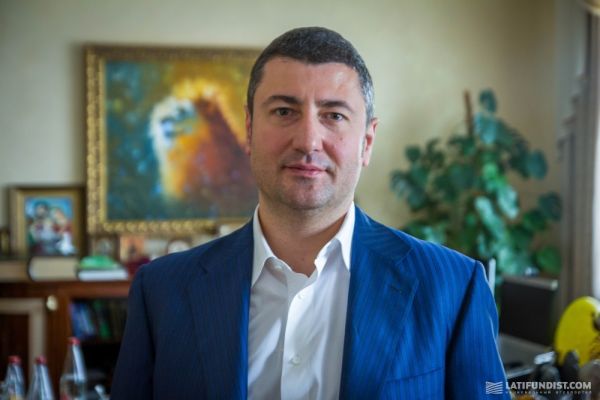