Ukrainian businessman Oleg Bakhmatyuk, the owner to Ukrlandfarming and Avangardco, has repeatedly informed about his readiness to find agreement in the question of compensations to the state, DS reports with reference to Concord Capital.

"Unlike the former owner of Finance and Credit Bank, oligarch Konstantin Zhevago, who never voiced his willingness to cover the government's expenses, Bakhmatyuk has repeatedly stated his intention to agree on compensation. His last statement about the readiness to return up to UAH 8.5 bln is more than the state will be able to get from Bakhmatyuk if his assets are arrested and sold," the message reads.

As reported, the NABU said it had been investigating a criminal case involving VAB Bank (which was controlled by Oleg Bakhmatyuk until December 2014) since October 2016. In February 2019, the Prosecutor General referred the investigation to the National Police. The latter closed the case in August of the current year, as stated in the message, having found no evidence of the crime.

"However, the Prosecutor General ordered the NABU to restart the investigation again in September. This led to an announcement of former officials of the NBU and VAB Bank as suspects in the November 11-13 conspiracy case, and Bakhmatyuk was put on the national wanted list on November 21," the publication says.

It is noted in the article that this sequence of events led to the conclusion there was an order from top officials to bring former owners of bankrupt banks to criminal responsibility.

"The IMF demands that the Ukrainian authorities do everything possible to recover the cost of refinancing bankrupt banks. Since the government cannot prosecute the "bigger collar", which is the former owner of PrivatBank (Igor Kolomoyskyy — ed.), it was decided to focus on minor ones," points out Concord Capital.

It is also specified that two bankrupt banks, VAB and Financial Initiative, were controlled by Oleg Bakhmatyuk. Therefore, according to the publication, it is not surprising that he is also on the list of candidates for prosecution. However, by bringing the bankrupt financial institutions to justice, the authorities will not necessarily return the money spent on refinancing these banks (as required by the IMF).

Previously reported that a group of international creditors to Ukrlandfarming and Avangardco proposed to the Prime Minister of Ukraine Oleksiy Honcharuk, Ministers of Finance and Economy Oksana Markarova and Tymofiy Mylovanov to discuss the possibility of negative consequences occurrence for the aggregate debt requirements to agricultural holdings in connection with the new evolvement of the legal situation around Oleg Bakhmatyuk and Ukrlandfarming 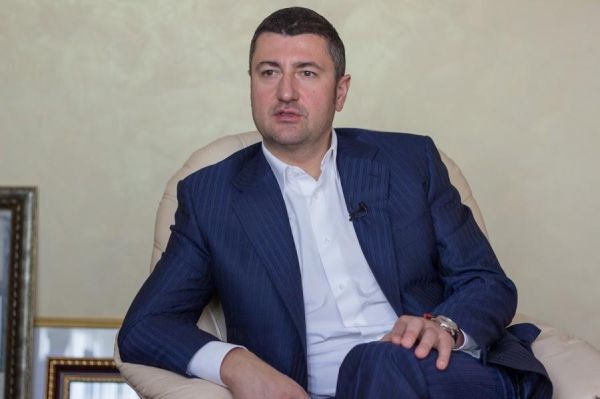