Elevator complexes of the agri-industrial holding Astarta-Kyiv have received 215 thou. t of new crop wheat and rapeseed since the start of the campaign.

The company reports that during the previous three marketing years, the company's facilities received a total of 2.6 mln t of commodities, including 1.6 mln t of corn, 642 thou. t of wheat, 177 thou. t of sunflower, 159 thou. t of soybean and other crops.

"Astarta's elevators receive 10 crops among which are cereals (wheat, maize, barley, rye, buckwheat, oats and sorghum), oilseeds (rapeseed, sunflower), and legumes (soybeans). We provide a full range of services for receiving and storing grain and conduct preliminary analyses to determine safety indicators and GE crops at our own certified laboratories," said Oleksiy Verovchuk, the head of the company's elevator business.

The company operates a modern fleet of 200 rail cars, manoeuvre locomotives at each grain elevator. This allows Astarta to avoid downtime and deliver loaded routes to departure stations on schedule. The holding's elevators load complete train-loads (48-54 rail cars) in 24-36 hours.

"We implemented a number of measures to accelerate the process of reception and shipment of grain as much as possible: we introduced electronic waybills, which simplified and accelerated the work of weighers; we optimized the route of vehicles on the territory of enterprises and, thus, increased the speed of receiving grain from 8-10 vehicles per hour to 12. Sampling, quality control and weighing processes take up to 10 minutes, and the process of unloading vehicles — 5-6 minutes," added Oleksiy Verovchuk.

Previously reported that Astarta harvests early grains on 53.7 thou. ha in the crop year 2021. 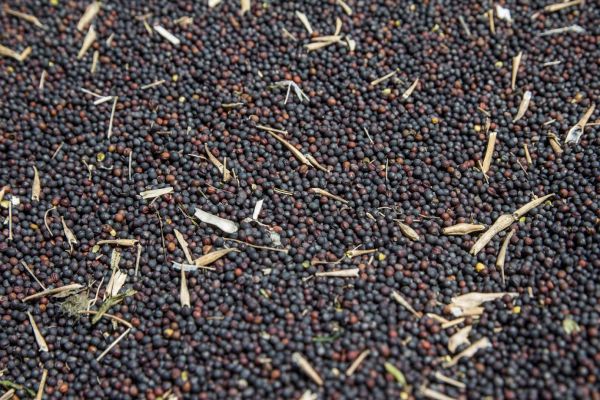