At the end of 2021, the dairy sector in Ukraine was dismayed by the announcement of a price reduction in the raw milk market, which was initiated by a group of operators, primarily from the Milk Alliance group, apparently supported by the Union of Dairy Enterprises of Ukraine, states Volodymyr Andriіets, an analyst at the Association of Milk Producers.

He marks that the arguments were mainly related to the high cost of energy tariffs and the consequent low or negative profitability of dairy products.

"Such intention on the eve of the holidays caught the milk producers off guard, as this complicated the situation even more and basically prevented constructive negotiations between the parties. Milk producers were confronted with an immediate 10% price cut," comments Volodymyr Andriіets.

This move by a group of plants triggered price reductions across all regions — a precedent other processors chose to join, albeit at a lower level of reduction. Nevertheless, there were plants which not support the reduction and, due to the public response to the situation, reserved the conditions for cooperation with their partners without any changes.

The most significant reductions were incurred by producers who supplied raw milk to Milk Alliance's plants — from 5 to 10%, depending on the region and local market conditions. The lack of diversified marketing of milk from farms had a particularly important role in this situation, which resulted in such producers receiving their minus 10%.

The officials of the Ministry of Agrarian Policy and Food of Ukraine had to step in, although the processors did not support their offers.

In just two weeks after the major price drop, some of the processing companies revised upward the offer for selected producers, especially for those who had suffered the most severe cuts. The prices for the highest and the first-grade milk slid the most. 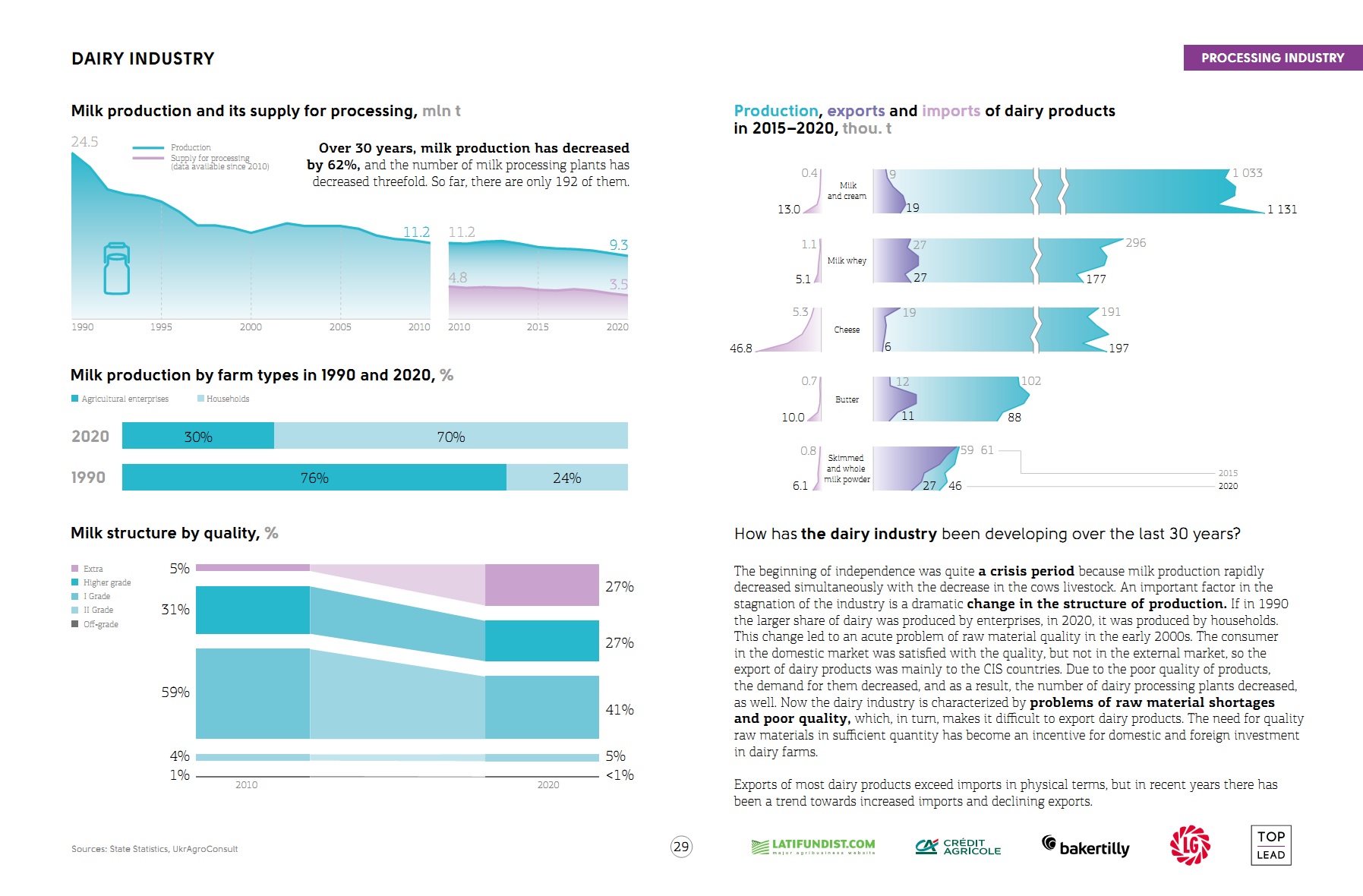