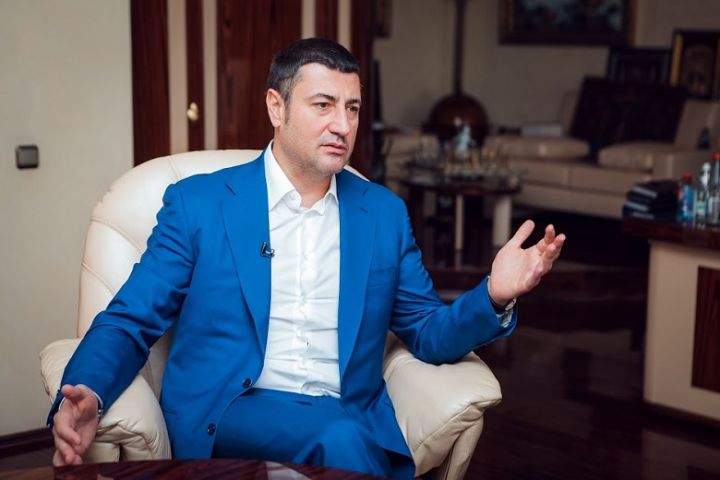 A number of branches of agricultural production in Ukraine are unprofitable social projects, and without state support, agribusiness will be forced to shut them down gradually. Such an opinion was expressed by Oleg Bakhmatyuk, the founder of Ukrlandfarming, during the presentation of the survey by the European Business Association "Happiness Barometer" within the framework of the event Labour Migration: a Challenge for Ukraine, the press service of the company informs.

"I agree with the minimal state interference, but not with irresponsibility. We need the state to develop a strategy and respond to basic things. We are ready to compete but only on equal terms. Give us credits for 30 years at 1%, give us those stimulating things that are available in Europe. We have raised the salary at Ukrlandfarming by 90% in 2 years. But we see that some industries will gradually close down, whether we want it or not. Firstly, we should not be deprived of opportunities, and secondly, we should protect our products. Ukrainian economic nationalism, protectionism is normal, it is the way it should be," explained Oleh Bakhmatyuk.

He believes that the state's refusal from economic protectionism weakens the position of Ukrainian producers in the world markets. The policy of healthy economic protectionism and lobbying for the interests of national agribusiness are carried out by the most economically developed countries in the world. Oleg Bakhmatyuk stresses that for Ukraine such a policy is essential for creating equal conditions in foreign markets with producers from other countries.

He also notes that if the state does not move to the policy of economic nationalism and protectionism, large businesses will be forced to leave the entire sectors of the economy, to close down businesses, as they will find themselves in unequal conditions in the foreign markets.

Oleg Bakhmatyuk also pointed that the EU agricultural sector is rather a social and economic project to keep the population in the territory of the Union, while the whole agricultural sectors in Ukraine may simply disappear without state support in the near future.

"We're talking about stimulating certain industry processes. And if the needed steps are not taken, then in 2-3 years the industry will simply disappear. That is, the timely response on the part of the state includes sectoral protectionism with opportunities for the development of the socio-economic environment. Construction of elevators and processing plants requires long, cheap funds. And the function of the state is to make preparatory mechanisms for this: regulatory, economic, and those in the banking sector. The second issue is the positioning in foreign markets. Currently, the country does not play a lobbyist role and neglects promotion of Ukrainian products in foreign markets," summed up Oleg Bakhmatyuk.

Earlier Ukrlandfarming owner stated that the Ukrainian government needed to implement the economic protectionism policy and develop the effective system of positioning domestic products abroad to stop the outflow of human resources.