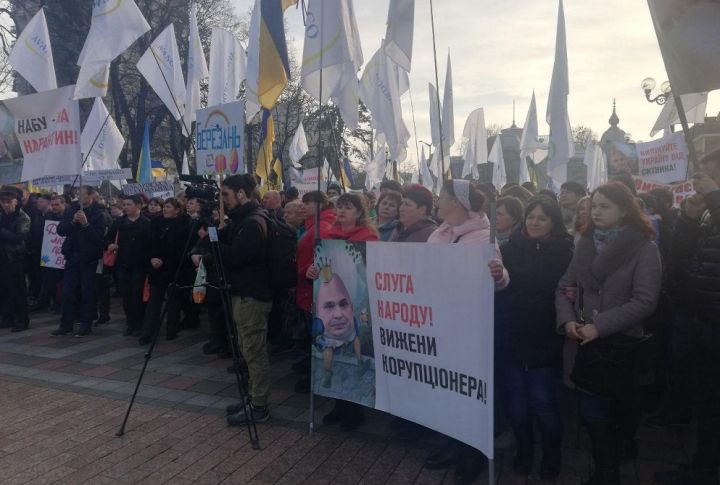 On Mar. 4, 2020, more than 1.5 thou. employees of Ukrlandfarming group of companies went to a protest to the Verkhovna Rada of Ukraine (Parliament) demanding to discharge Artem Sytnyk, Director of the National Anti-Corruption Bureau of Ukraine (NABU), accused of exerting pressure on the company and threatening to disrupt the sowing campaign, UNIAN reports.

Ukrlandfarming employees held a public rally under the slogan "Sytnyk is a virus destroying the country." They stressed that the NABU cannot be headed by a person officially registered among corrupt officials.

"Today we call on the President (President of Ukraine Volodymyr Zelenskiy – ed.) to finalize the initiative that the Verkhovna Rada has already started — the discharge of corrupt businessman Sytnyk. Hear us! The company, which over the past three years has paid UAH 8 bln of taxes to the budget, which employs 27 thou. people, should not be destroyed by the unhealthy ambitions of one person," said the operations director of the agricultural holding Galina Kovtok.

Agrarians hope that as MPs are considering the dismissal of a number of ministers and heads of law enforcement agencies, they will also make a decision regarding Artem Sytnyk, whose resignation has already been supported by 216 MPs.

"Sytnyk abuses his position, and because of his personal claims against the owner of Ukrlandfarming, he terrorizes employees, threatens them with dismissals, which is why they are protesting here. The NABU without procedural documents and violating the law conducts daily interrogations of Ukrlandfarming employees and tries to extract confidential information about a case these people are not involved in," said Vasyl Marchuk, Director of Avangard.

As one of the Ukrlandfarming employees noted, sowing campaign is soon to start, and now all the employees should be in the field, but they are protesting at the Parliament.

"All we want is no interference in our work. We work well here, and we do not want to emigrate to Poland because of the loss of jobs," said the agrarian.

This is the third public rally organized by the company. Earlier Ukrlandfarming employees handed over their demands with 30 thou. signatures to the President of Ukraine and members of the Cabinet of Ministers of Ukraine.

Previously reported that Ukrlandfarming and Avangardco owned by Oleg Bakhmatyuk paid UAH 7.722 bln of taxes to the budget of Ukraine in 2017-19. 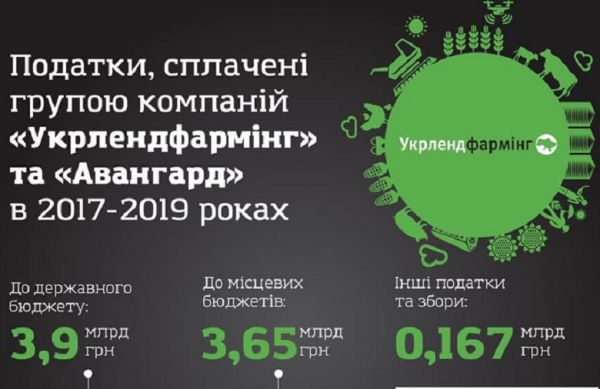