Over the year, there were no significant shifts in the ranking of companies operating grain elevator complexes in Ukraine. It is only the combined storage capacity of some of the top six companies that has changed. Nevertheless, large-scale elevator construction continued throughout 2021, Elevatorist.com research data reveals.

Kernel retains its position as owner of the largest number and highest capacity of privately-owned grain elevators. With the completed Transgrainterminal and Starokostiantyniv grain elevator, as well as the expansion of a number of existing grain complexes, Kernel's combined storage capacity climbed to 3.0 mln t.

Prometey Group and Epicentr Agro enhanced their capacities by acquiring warehouses from other companies (Prometey) and privatizing the state-owned grain processing plant (Epicentr). These and other agricultural companies keep boosting their storage capacities.

Continental Farmers Group (CFG) completes the 2021 ranking after purchasing another former Mriya Agroholding elevator in Ivano-Frankivsk region, having ousted Agroprosperis. In the course of warehouse asset optimization, Agroprosperis cut its storage capacity as it disposed of a grain elevator.

Previously reported that Epicentr K, a parent company of Epicentr Agro, will be provided with USD 120 mln by the EIB for expanding its agricultural infrastructure in Ukraine. 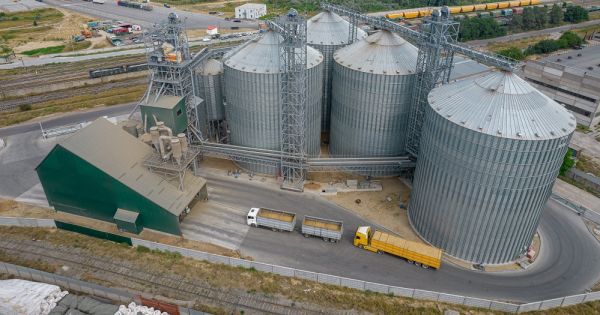