Unrest in Baghdad: Assassination of Soleimani Affects Commodity Markets. Oil Is Falling, Grain Is Standing By 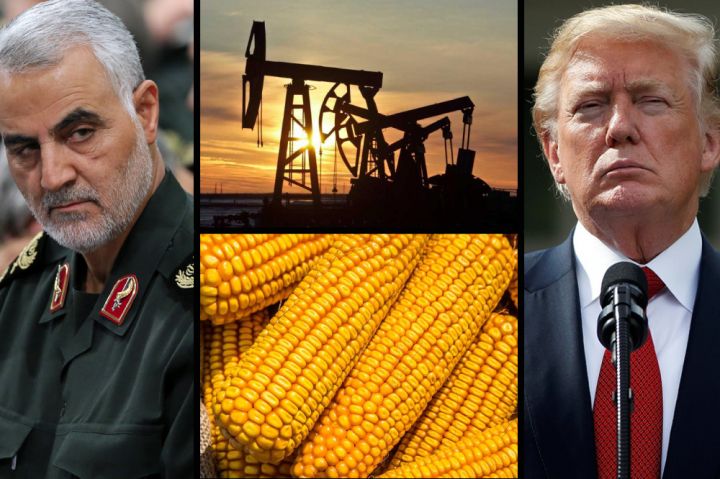 Last Friday the world was shaken by the news of the U.S. assassination of top Iranian general Qassem Soleimani. Iran promised a retaliation. By yesterday evening, the country had withdrawn from all its nuclear deal commitments and removed all restrictions on the exploitation of nuclear facilities. The world economy did not stay on the sidelines: oil prices instantly skyrocketed, a chain reaction in other commodity markets, primarily agricultural ones, is not far off.

On Jan. 3, General Qassem Soleimani, commander of the elite Quds Force special unit within the Islamic Revolutionary Guard Corps, was killed in an airstrike near Baghdad International Airport. In a statement, the United States said he had been killed by order of President Donald Trump.

This step was a way of responding to the attack on the American Embassy in Baghdad on Dec. 31, 2019. Thousands of protesters demanded the closure of the diplomatic mission in Iraq and the withdrawal of U.S. troops from the country. The most radical protesters set fire to the fence and entered the diplomatic premises. Trump accused Iran of organizing the attack. 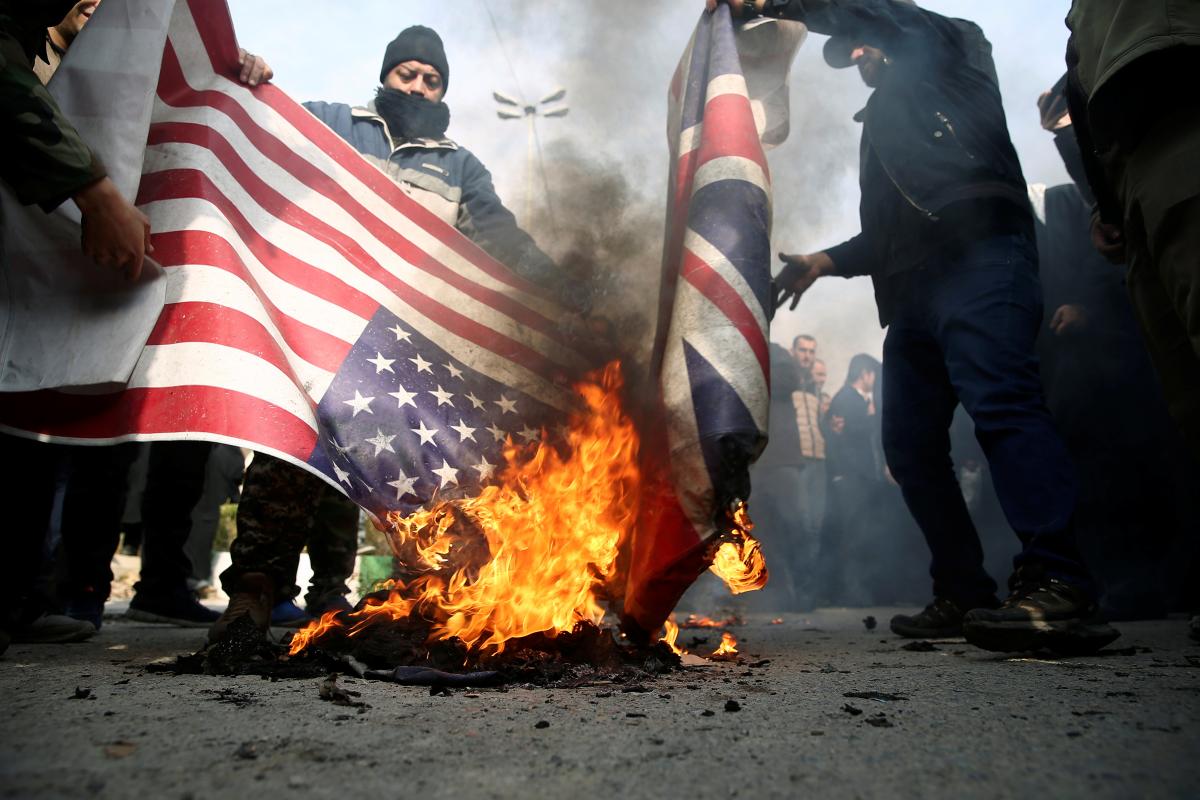 Right after the attack, Trump stated that Soleimani was "the number one terrorist." The al-Quds Special Unit, which Soleimani commanded, was conducting covert operations abroad. It supported Bashar al-Assad in the Syrian conflict, and in Iraq, it helped Shia militias fight the ISIL and suppress domestic protests. The general also provided military support to Hamas and Hezbollah groups in Palestine and Lebanon.

In the West, Qasem Soleimani is on the UN blacklist of 15 Iranian military and political figures suspected of involvement in the development of the Iranian nuclear and missile programs.

Respond of the United States, Iran, the world

The Pentagon said the strike was aimed at preventing further attacks by Iran. Later, Trump said that the U.S. might strike 52 Iranian targets if Tehran conducts attacks on the Americans or U.S. facilities.

Remarkably, not everybody in the U.S. took Trump's act unambiguously. In particular, the Democrats criticized him. Joe Biden, former vice president of the United States and participant in the upcoming presidential race, said that this could lead to an escalation of tensions in the Middle East: "This is a crisis of Donald Trump’s own making. He claimed pulling out of the Iran deal would deter Iranian aggression and result in a better deal. He has failed on both counts. He is the most erratic and incompetent commander in chief we’ve ever had." 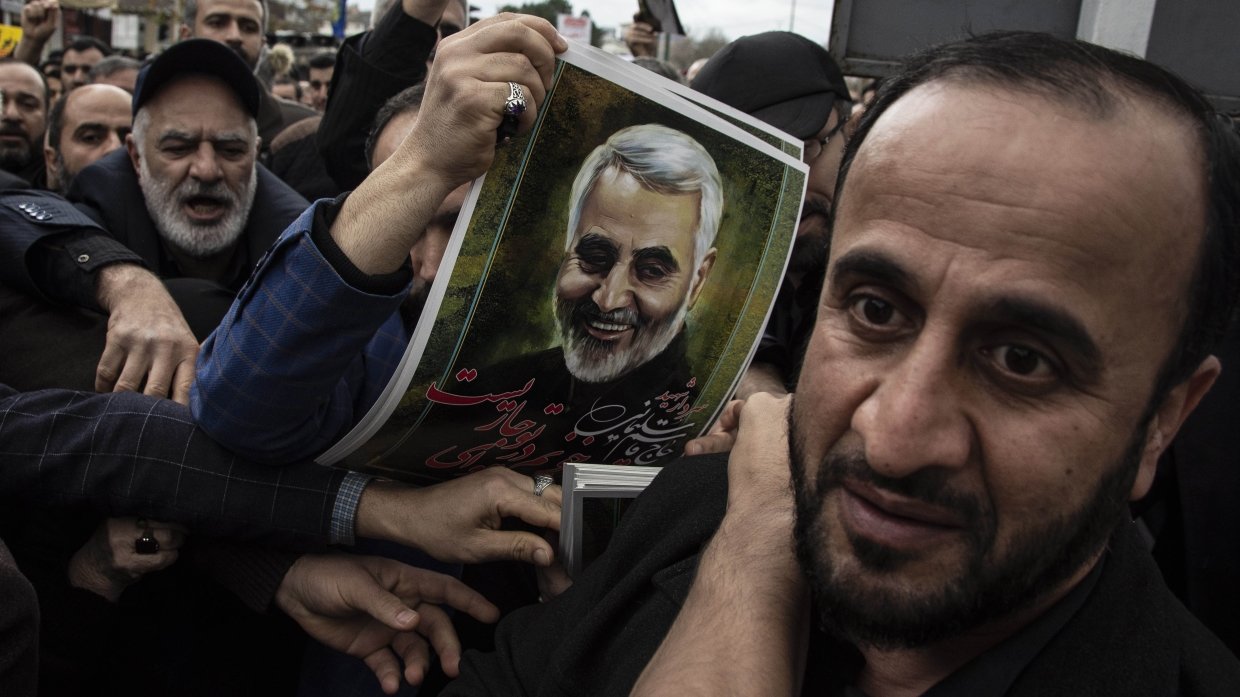 As for Iran, the spiritual leader of the Islamic Republic, Ayatollah Ali Khamenei, promised "fierce revenge" to those responsible for the murder, and also declared three days of mourning. In his turn, President Hassan Rouhani promised a more violent confrontation with the US.

Yesterday, Iran withdrew from all of its nuclear deal obligations, lifted all restrictions on the operation of nuclear facilities, including uranium enrichment capabilities and nuclear research and development.

Traditional allies of the U.S., such as France and Britain, although they declared Soleimani a terrorist, admitted that this could lead to an escalation in the region. Germany called on Iran not to take revenge for the killing of the general, receiving a protest from the Foreign Ministry of Iran for this reaction.

Significant players in the impending crisis, Russia and China, in recent years have actively supported Iran. They predictably condemned Trump's actions. Iliya Kusa, expert on international politics and the Middle East of the analytical center Ukrainian Institute of the Future, noted in a column on EPravda that the airstrike will strengthen the geopolitical opponents of the United States — the above mentioned Russia and China.

Besides, the expert noted one more factor of influence on the world and, in particular, on Ukraine: "Escalation of confrontation threatens a new flow of refugees from the Middle East and Africa to Europe. And this may further strengthen the far-right forces in countries not well disposed towards Ukraine." 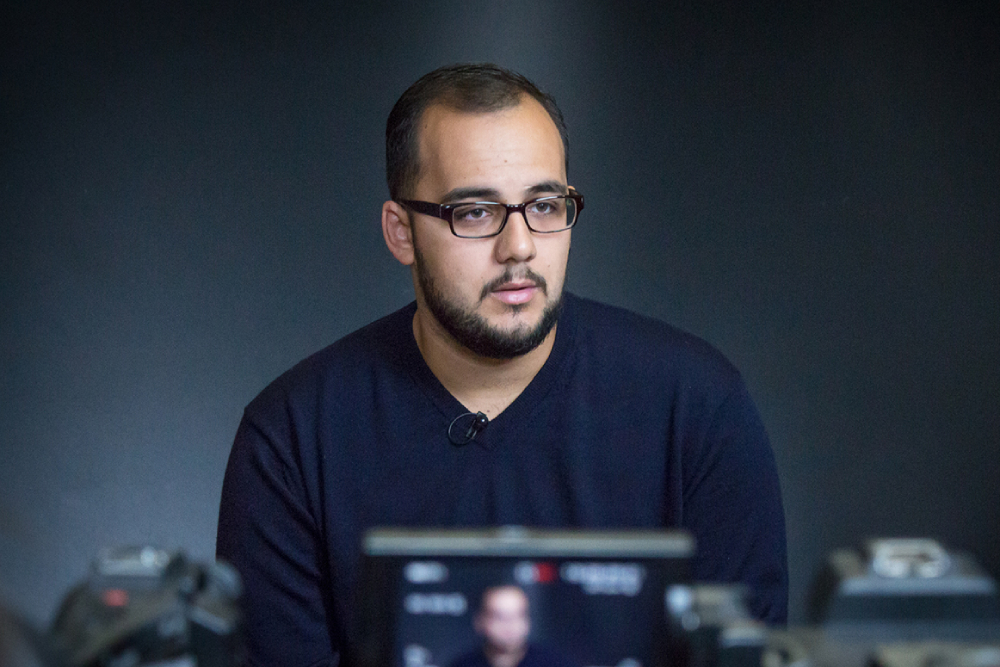 In social networks, under the influence of the Iranian crisis, Ukrainians are developing all sorts of versions, including conspiracy.

Commodities on the line

The most vivid reaction to such political outbursts can be traced on world exchanges. Against the background of the crisis, oil quotations are to be expected crawling up. Thus, on the same day in the course of trading, they rose to the September maximum.

On the London Stock Exchange, the ICE Brent Crude futures broke through USD 68.28 per barrel in March (USD 2 more than the day before). During trading on the New York Mercantile Exchange, West Texas Intermediate (WTI) crude for February rose by USD 1.77 to USD 62.95 per barrel. 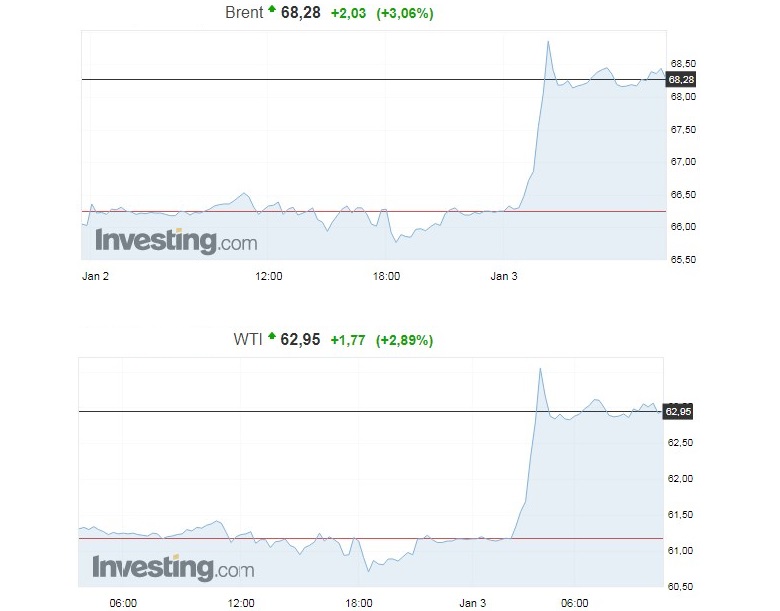 Analysts warn that any retaliatory strike by Iran could affect crude oil supplies through the Strait of Hormuz, which is the world's most heavily loaded passage for oil and natural gas tankers. The 39-kilometer strait between the Persian Gulf and the Gulf of Oman is the only route to the open ocean for more than one-sixth of the world's oil production and one-third of the world's liquefied natural gas.

Head of the A-95 Consulting Group Serhiy Kuyun said in his comment to Ukranews that the rise in world prices would affect Ukraine as well. "Retail prices are not threatened by anything yet, there is a margin of safety. Wholesale prices will be prone to growth," he said.

Minister for Development of Economy, Trade and Agriculture Tymofiy Mylovanov, traditionally not ignoring information causes, stated on his Facebook page that oil prices were rising. When asked in comments how it would affect Ukraine, he said: "In general, it is still unclear. The rise in oil prices will have a negative impact on the Ukrainian economy."

What of ag commodities?

With regard to agricultural commodities prices, most of the experts surveyed by Latifundist.com noted that it was too early to estimate as the volatility on the Chicago Stock Exchange on Friday was minimal and it was too early to connect it directly with a U.S. airstrike.

However, traders are getting ready for price adjustments.

"The world is already accustomed to Donald Trump's decisive and unpredictable style of government, but the assassination of Iran's highly respected General Soleimani is not just a way of power demonstration, but rather a way of public humiliation and expressing immense ambitions. But the U.S. President, before giving the order, this time faced a very difficult choice: to show "who's the boss" by burying any hopes of restoring the nuclear deal and peace in the Persian Gulf or to master his emotions and keep the oil price at a low level (which he really needs now). The first scenario was followed. As a result, oil price added 3.5% within one trading session on Jan. 3. Will it affect other commodities? Yes, but only if the conflict continues dynamically developing. Then we expect inflation to rise and economic growth to fall for the major world leaders — the USA and EU, the same is for net crude oil importers. And this combination of factors does not add enthusiasm to invest in commodity assets," commented Yuri Gavrilyuk, trader at Spike Trade, to Latifundist.com. 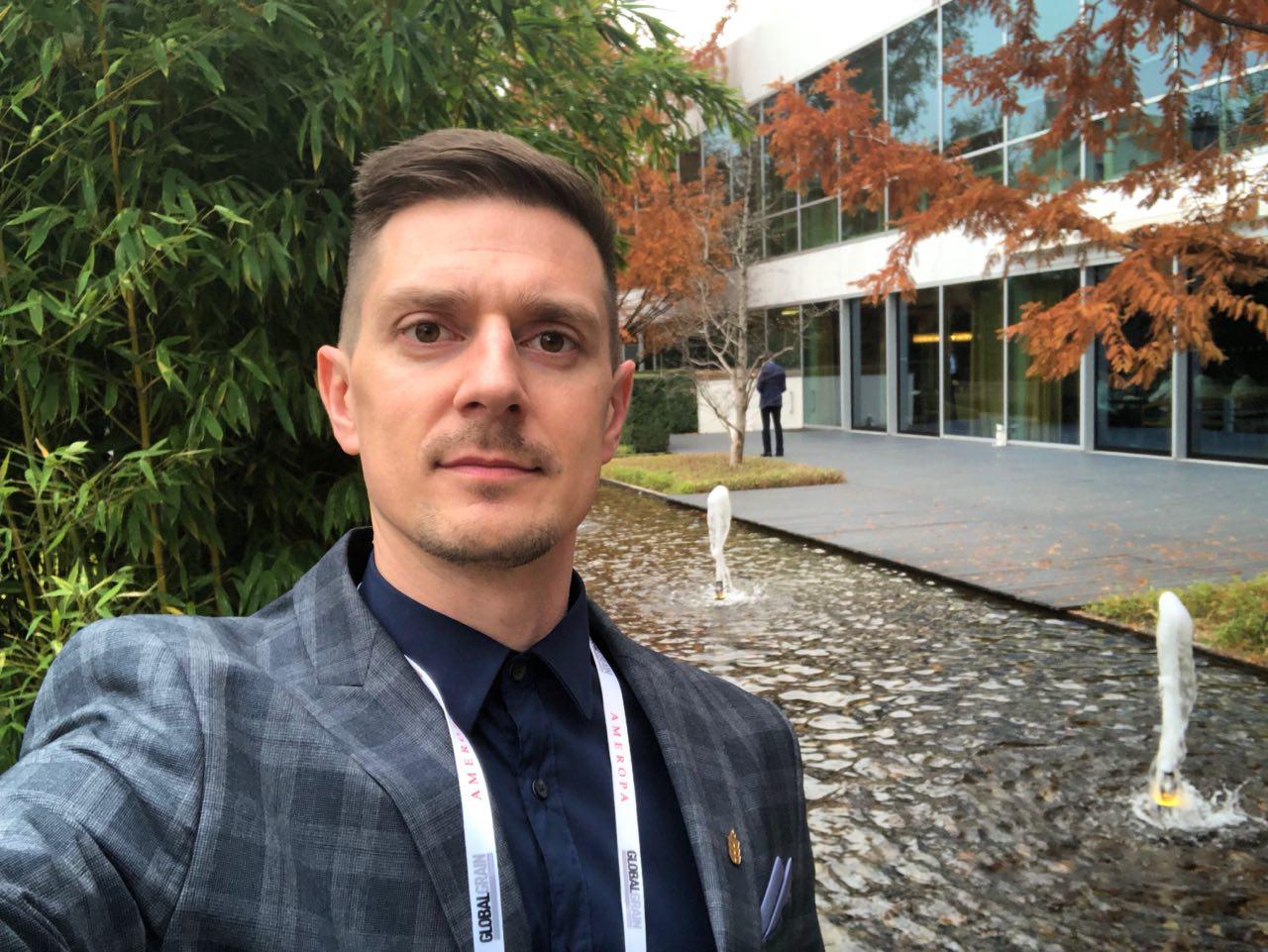 The rise in oil prices, provoked by the U.S. assassination of the top Iranian general Qassem Soleimani, will drive up the prices for ethanol, and later for corn and soybeans. This is stated by Elena Neroba, Business Development Manager at Maxigrain, on Facebook.

"The most effective way to give raise to oil prices is to assassinate one of the Middle East leaders. The U.S. has used it repeatedly, and it has always worked. The States need expensive oil to cover budget holes in the pre-election year and raise the morale of the electorate. On the night when the attack on Baghdad airport was reported, quotations rocketed by 4%. Traders took a wait-and-see position, but last week grain quotes went down due to political risks. By and large, the expensive oil should increase the interest to ethanol, and as a result — to corn and soybean. But the latter is potentially overproduced (Brazil is expecting a record harvest — according to various estimates from 123 to 128 MMT), and China has not yet resumed pork production. However, world production of ethanol is growing, so corn has a fundamentally good outlook so far. Ukraine's exports are going at a record pace, and today they have reached 12 MMT," said Elena Neroba.

She also mentioned that due to weather factors, there was additional demand for corn from India and Zimbabwe. Wheat preserves its growth prospects but the markets are not yet out of "New Year's hibernation." In addition, a Phase 1 trade deal between the USA and China is expected to be signed on Jan. 15. However, there is concern that America may "be offended" at China if it takes part in joint naval exercise with Russia and Iran. It is crucial for Trump now to decide whether he will stake on patriotism or the appetite of the electorate.

It is known that one of the terms of the trade agreement between China and the U.S. is the increase in purchases of American agricultural products.

It is not excluded that this procedure may be complicated in view of the disagreement on the "Iranian question." The French agency AFP quotes Bill Nelson, Chief economist with Doane Advisory Services, as saying that "some are concerned about a chain reaction that could jeopardize the trade agreement that will soon be signed by the United States and China."

No matter how the events in the Middle East unfold, they will not bypass Ukraine. And here we need to come to terms with our raw materials source status for now. "We simply need to remember that any destabilization in the Middle East is not beneficial for our country as we depend on world prices for any raw materials," reminds Iliya Kusa. 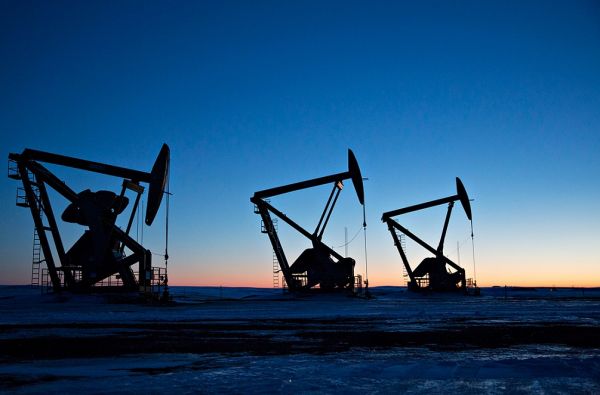 Oil prices took down after a sharp rise
News
2111 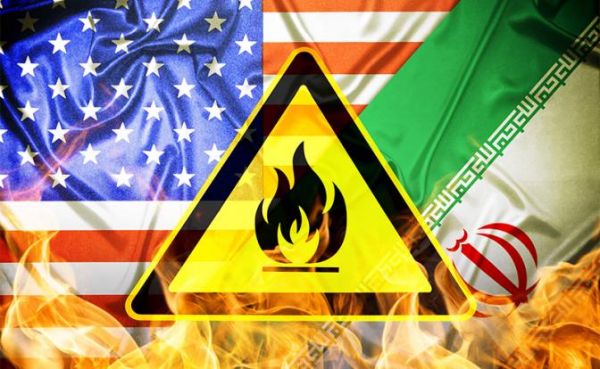 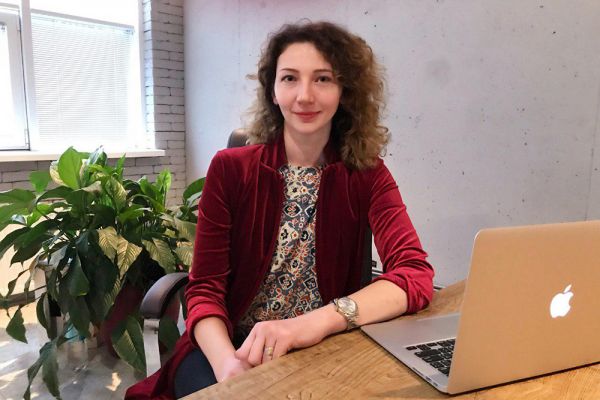