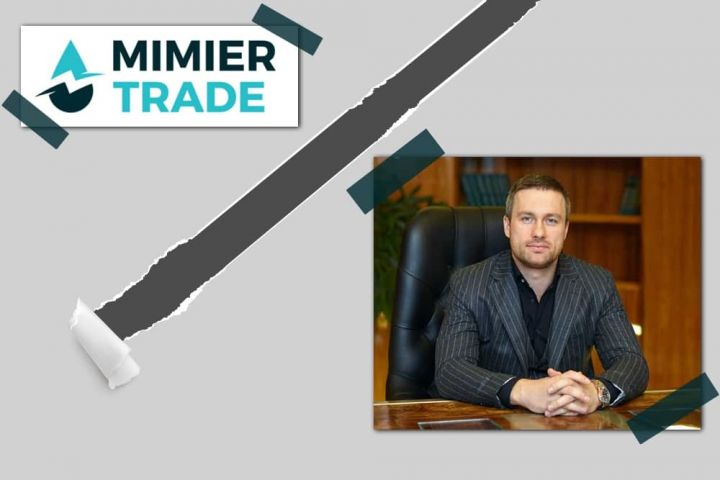 Rarely is the grain market calm. Last week, not only wheat was the newsmaker, but also the much-debated discharge of MIMIER TRADE CEO Yaroslav Gordienko. Suspicions of fraud and "trading against the interests of the shareholder" made grounds for his resignation. In simplest terms, the company shareholders believe that the top manager encircled MIMIER with affiliated companies and traded in commodities off the books.

Latifundist.com undertakes its own investigation of this case. It appears to be close to a detective story.

MIMIER TRADE has never been one of the biggest market players. Nevertheless, the company is recognizable among grain traders. The company's average annual traded volume did not exceed half a million tons. This included grain and processed products. The company was also engaged in trade in petroleum products. Products were purchased from both farmers and local traders. The company worked with Agroprosperis, OLAM, Soufflet Agro Ukraine, RISOIL and others. MIMIER TRADE transshipped about 30-40% of its trade volumes through Mykolaiv Integrated Plant of Bread Products owned by the South Korean company POSCO International.

The ultimate beneficiary owner of Mimier Trade Ukraine is Artur Granz. He is also the beneficiary of the company Uyavy! (Ukr. Уяви!) which owns the magazine Focus and publishes Forbes Ukraine.

"Mimier has always been considerably visible, even though they had more of a local character. Lately, it has been trying to build up volumes. They started to engage in position trading, not just back to back. But I don't think they did it on their own," says the head of a Ukrainian trading company.

Spike Brokers, a company already known to the market, assisted MIMIER TRADE in this endeavor. In fact, it was Yaroslav Gordienko who brought it in. Alexander Solovey, the co-founder and CEO of Spike Brokers, chose not to comment on the specifics of cooperation with the company.

Yaroslav Gordienko was the permanent head of the company and stood at its origins. Even the company name MIMIER TRADE was his suggestion. In an interview with Landlord in early 2020, he shares ambitious plans for the company's development.

"What we do is not trading in pure form. We position the company as a service provider, we deliver goods from the producer to the end consumer. Our Swiss company started renting an office in Geneva in November this year. It is planned to be operational from March 2020, as our head office. We buy goods in the CIS countries, the Black Sea region and the European Union. Thus, we registered tax numbers in two European countries so that we can trade there and refund VAT. We want to focus on the activities of the Geneva office to comply with all the standards of an international trader. We also plan to open an office in Minsk in 2020."

As regards the team, the company employed up to 15 people in all three areas (grain, processed products, and petrochemicals). The personnel was bolstered in 2021. Before that, the same people were often involved in trading, executive management, and even logistics.

Over the last three weeks, the company did not publish prices on its Telegram channel. Besides, according to market sources, MIMIER TRADE outsourced some of its deals to multinational companies, while keeping a modest commission for itself. This was a wake-up call that all was not well with the company.

MIMIER TRADE's troubles occurred in spring when it started delaying payments for a long time. Although the company had had this problem before, it evolved into an ongoing problem.

In December 2020, the company G.R. Agro reported on the delayed payment for deliveries of corn by MIMIER TRADE. Back then, it was settled. "The company even paid us penalties," says G.R. Agro director Artem Rempen.

The employees we talked to complained that they were not given any clear explanations inside the company as to what the spring delays were related to and how they were to be explained to the counterparties. The latter shared with Latifundist that Mimier's regular excuse was that "payment is delayed by the bank." Several traders note that the reason why they should not work with the company was that it provided "fake swifts", SWIFT payment confirmation codes from the bank.

In May, messages popped up in the Black list Telegram channel that the company was withdrawing from its commitments. In particular, representatives of KADORR Agro Group spotted this. MIMIER TRADE employees responded in a chat:

Good day, Aleksandr.
All is well with Mimier.
The Group is in the process of acquiring a big asset which will soon be made public.

Grain traders countered that the purchase of an asset does not relieve the company from its obligations. Aleksandr Alekhin, the COO of KADORR Agro Group, shed some light on the MIMIER TRADE case:

"There was a delay in payment. Mimier provided invalid information about the status of the payment and offered risky mechanisms for the transfer of rights to the commodities. Then they went silent. Thanks to our control of the right to dispose of the goods at all stages, we eventually received the payment. A tripartite agreement was reached in which we and the end buyer took a single coordinated position, developing a mechanism that allowed us to receive the funds and the buyer acquired the right of ownership of a consignment of wheat."

Back to the aforementioned asset, most likely it is Oriana plant in Kalush town in Ivano-Frankivsk region which as supposed by market sources is being purchased by MIMIER TRADE owner Artur Granz. Some Latifundist sources mention that Yaroslav Gordienko explained delays in payment by the fact that money was taken out of the trade to buy the asset. Few of the company's counterparties we asked believed this version. The plant was not bought with the last bit of their money, they argued.

Latifundist asked Artem Kovbel, Senior Partner at Vigilant, whether the money from the trade was used to buy the asset. Artur Granz hired him to conduct an internal investigation into the situation with suspected fraud.

"From what we learned, the money was not meant to buy any assets. It was used to pay off MIMIER's liabilities."

As soon as in July, as we found out, half of the company's employees were asked to resign. Basically, a single employee was left in each line of business.

Recently, MIMIER TRADE has sent out a letter to counterparties announcing that Yaroslav Gordienko is dismissed from his position and is suspected of fraud.

Where does the essence of the claims against the top manager lie? As we learned, the shareholders suspect that Yaroslav had surrounded the company with a number of affiliated entities which he promoted using the name MIMIER TRADE. Specifically, it was the trading company MMT Commodities founded by Yaroslav Gordienko. In many deals, it appeared in the list following MIMIER TRADE.

"We assumed it was Mimier. Another name arose no suspicion since many large traders do have subsidiaries. Moreover, they were authorized by POSCO," confirms a director of a contracting company.

Inside MIMIER TRADE, too, the staff had no idea whether MMT Commodities was part of the group or it was exclusively Yaroslav's business.

"The thing is that MMT is Yaroslav Gordienko's company and has never been part of MIMIER Group. The owner of MIMIER knew nothing about MMT. Let's assume that the fraud, among other things, was based on positioning MMT as one with MIMIER, when it was not. That is, a clone of Mimier was created and used to manipulate trading."

Some of our sources claim that Yaroslav Gordienko was open about his plans to buy out the company from Artur Granz.

"Perhaps there was such an appeal. But it cannot be taken seriously, because it is about the fraud on the part of the management against the company. How can you take an offer to buy something from you for the money stolen from you?"

Both the employees and participants of the grain market observe that Yaroslav Gordienko enjoyed the utmost confidence from the shareholders. The trade lived its own life and no one had much control over this direction on the owners' part.

"The shareholder, indeed, was not involved in operational management, which I believe is quite normal. And the reasons for corporate fraud are always the same: owner's unconscionable trust and management's desire to become rich at the owner's expense"

At the same time, some of the traders we polled are skeptical about the version of fraud. They say it could be "grandstanding and getting rid of an undesirable person."

"Yaroslav gave the impression of a trustworthy partner, he was always in touch. My opinion is that the shareholder did not have a full understanding of what was going on in the company, the trading operations, all the nuances, especially in the light of defaults. Therefore, there could be suspicion that the losses were caused by some sort of scheme. But this is the essence of trading: today you are on top, tomorrow you lose. All in all, I think that the shareholder and Yaroslav simply failed to settle something," says a top manager of one of MIMIER's partner companies.

Latifundist reached Yaroslav Gordienko. He promised to provide comments but postponed the conversation several times. Nevertheless, we are stand ready to give him the opportunity to express his position.

What is happening to the company now? Artem Kovbel confirms that there have been resignations. He says, however, that "it was rather the dismissal of employees who were suspected of being dishonest."

In its letter to the counterparties mentioned above, MIMIER TRADE put the contacts of the new managers — Oleg Shurin and Nikolai Yurchak. The latter had previously worked in Astarta's commercial department. At the moment they are negotiating with the company's contractors, revising transactions and trying to reconsider the terms in some cases. Although the partners counter that the contracts had been concluded when Yaroslav was the CEO.

From what we know, MIMIER still has uncovered obligations to a number of companies. Artem Kovbel says that now an audit is underway and the amounts of accounts payable/receivable are being rechecked. He hopes the whole picture will be clear in a couple of weeks.

We are done concluding such articles with high-minded reflections about yet another warning for the market. All the more, not everything is clear in this story, particularly for Gordienko's silence. One thing we be sure of—such incidents add little to nothing to the trust between grain traders. 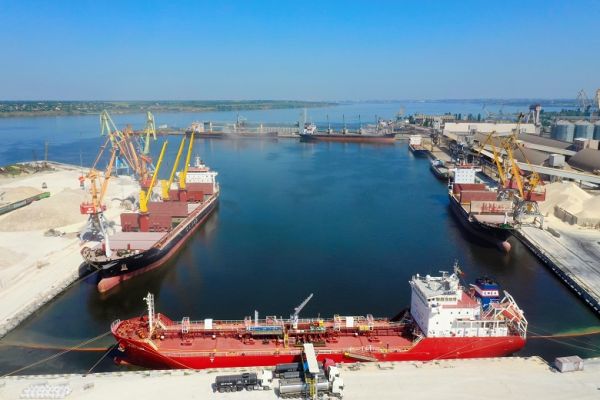 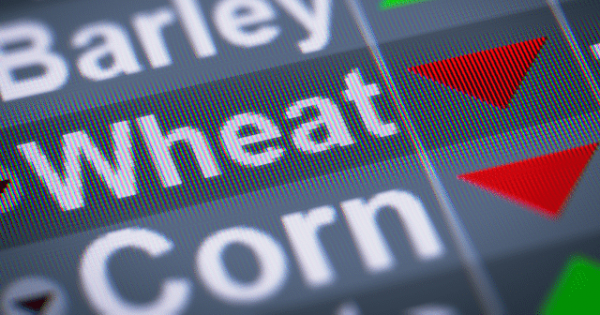 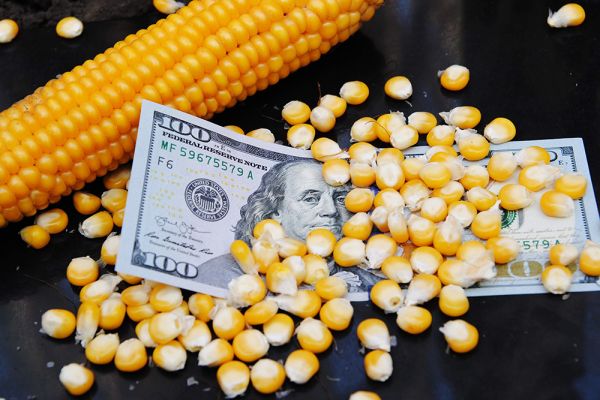