Ukraine imported 4.7 thou. t of fresh, chilled and frozen pork in November. Pig meat supply to the country was 23% or 1.4 thou. t less from a month earlier, the Pig Breeders Association (PBA) informs with reference to the State Statistics data.

The import activity was weakened by both price dynamics in the domestic pork market and a relative slowdown in the EU markets. Experts admit that the price minimum of the second half of 2021 which occurred in the midst of the fall was associated with the seasonal decline in prices in the livestock market. Although, in the second half of the month, the quotations began recovering, however, they did not fully win back the positions lost in January. Also, the average price of the fall, according to the experts, was 6.7% lower on the January level.

"Pork prices in the EU countries have varied little since late October in response to the imbalanced market situation, and the change in the average monthly figure has been below 2%. The imbalance in price dynamics also reduced the economic profitability of pork imports from abroad," the association analysts comment.

Despite the decrease in imports at the end of autumn, the volume of external supplies of pork is significantly higher than those that were recorded before August of this year. 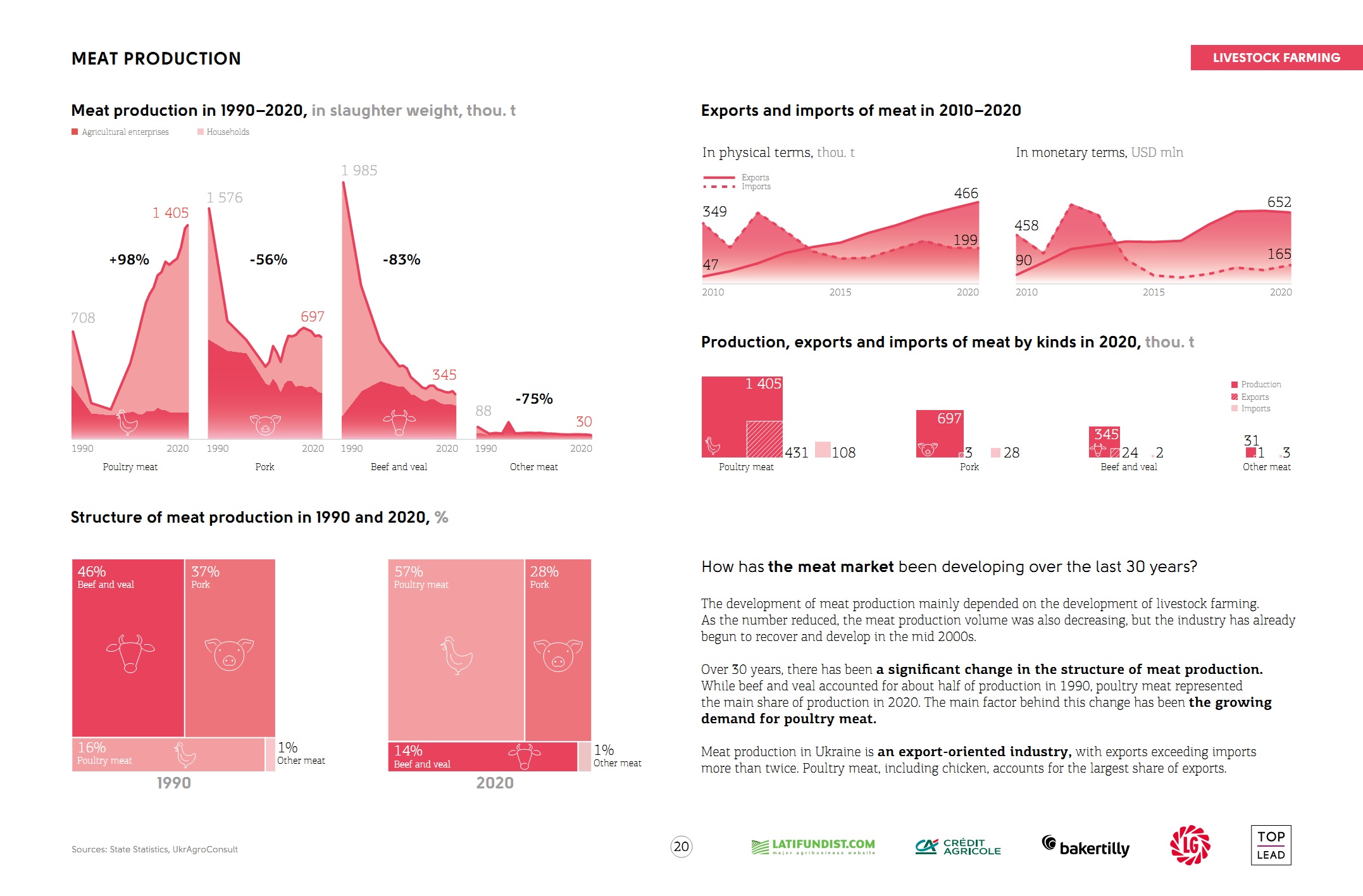 "The volume of pork imports for the period from July to November is close to 24,000 t, which exceeds the annual volume of pork imports in 2019. On the other hand, the readiness of the domestic market to consume higher volumes of both domestic and imported pork suggests that there are significant reserves to increase capacity under favourable conditions," the report reads.

Previously the association reported that the current year's economic conditions for livestock breeders are unsupportive for Ukrainian producers.