In Europe, the egg scandal does not abate, but it is gaining momentum. Products contaminated with fipronil are withdrawn from the sale, and there are already reports that Poland is interested in increasing the export of Ukrainian eggs. Latifundist.com decided to explore the situation in the domestic market and learn important details of the industrial production of eggs. We speak here about export, pricing, sales channels and much more.

Today in Ukraine, the production of eggs has enough opportunities to fully meet the demands of the domestic market. At the same time, changes in the market are closely related and deeply dependent on the export supplies of key players. Thus, an increase in production by 1.6% (according to State Statistics Service), recorded this year, does not mean the real increase in the number of eggs for the consumer market. 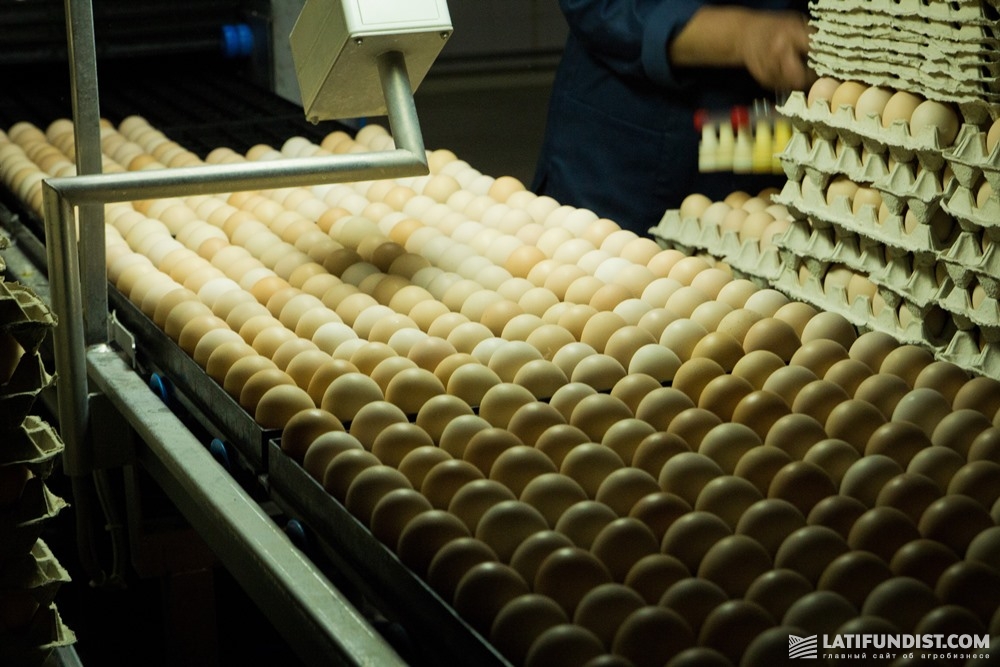 The difficult economic situation in the country led to a decrease in the purchasing ability of the population and a reduction in the egg consumption. This, in turn, affects the production volumes of Ukrainian poultry producers. The further growth of production indicators, first of all, will be stimulated by renewed demand for Ukrainian eggs and egg products in foreign markets.

There are two factors that affect the production volumes in the domestic market. First of all, the development of sales markets by increasing the supplies and opening of new directions, for example, by obtaining certificates in compliance with the EU quality requirements. Let us remind that in mid-September, Ovostar Union (Yasensvit) received a certificate to supply shell eggs to the EU countries. In early October, the first deliveries of products to Poland and other countries were made within the non-tariff quota.

Secondly, it is the production of egg products, which is an effective way to reduce the surplus of eggs in the market and to regulate prices. As a result, the export rate has exceeded the production rates, since producers receive a better margin from the export of eggs.

How much is a dozen?

Talking about the pricing over the last few months, a significant price growth was observed in August, when the cost of eggs increased by more than 50% from 14 UAH to 20 UAH per dozen in a month. In autumn, the growth rate fell, but prices continued to rise. In late October, the average price of a dozen eggs is almost twice as high as at the end of July — 13.9 UAH and 23 UAH, respectively. But these are the usual seasonal indicators, which are observed from year to year. According to Sergei Karpenko, CEO of the Association of Poultry Breeders of Ukraine, the price for eggs will continue to grow until March 2018.

"It is necessary to take into account the seasonal factor — the fall in prices in spring and their growth in autumn. Also, the price dynamicsis influenced by the poultry diseases (number of dead birds, poultry slaughter, ban on the sale of eggs from several regions, etc.). In the end, the final price is influenced by the policy of the largest producers: price increases due to the expected changes in the market, competitiveness, rising prices before the holidays, etc.," said Aleksandr Sokolov, CEO of Pro-Consulting. 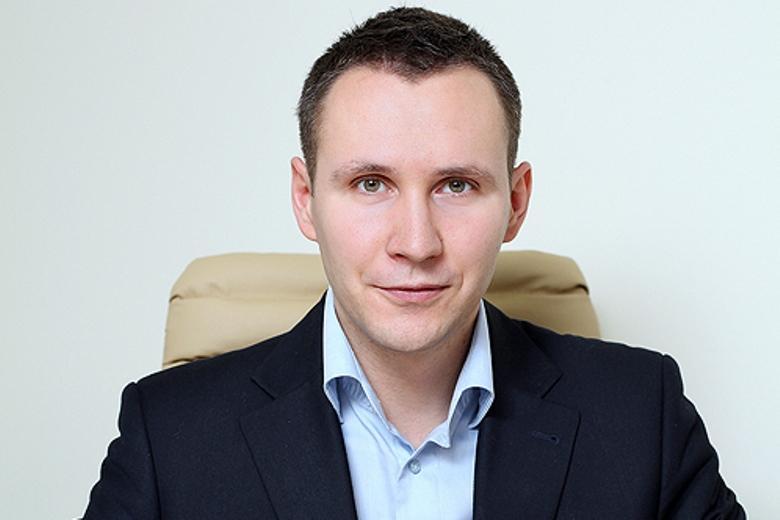 The egg price creates demand. The pricing depends on many factors. Firstly, the cost of production which includes feed, veterinary drugs, employee salaries and poultry farm expenses. The second significant factor is the supply in the market: the number of eggs received in the households, the industrial poultry stock, and the share of exported eggs.

Ukraine has significantly increased the export of eggs, and this can lead to price growth in the domestic market. After all, the demand inside the country always exists, and with the rapidly growing export volumes, prices react correspondently. 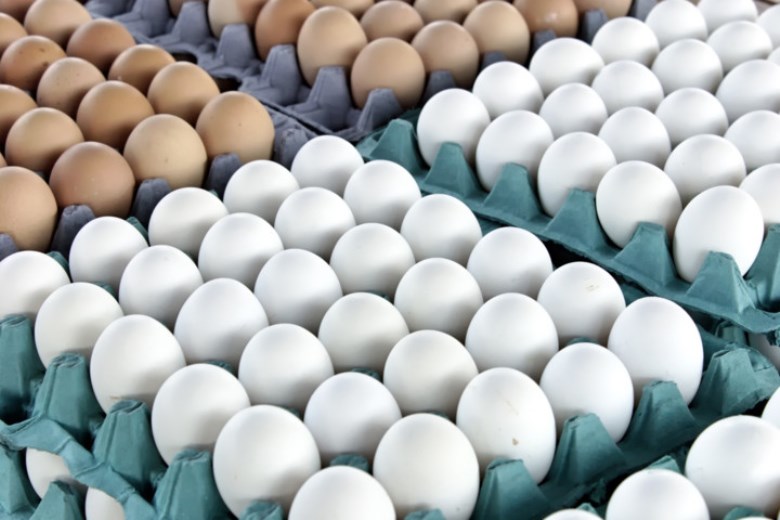 The largest egg producers are also the largest exporters. Therefore, export supplies can have a significant impact on the prices in Ukraine. For example, in spring this year, the maximum decline in prices over the past 5 years was recorded. It happened due to the export ban on eggs and egg products of Ukrainian origin because of avian influenza and salmonella. In May, the price fell even to 6-6.6 UAH for a dozen.

The seasonal supply and the constant demand are also important. But the price cannot remain unchanged, and it directly depends on the average annual price. For example, starting from May, the price may drop to 30% of the production cost, and the enterprise will operate at a loss, and in autumn, on the contrary, the price is higher. After all, in the cold season, egg production declines, the cost price grows up because of the expenses for facilities heating and feed. An important factor here is the policy of retail chains. The egg market is constantly balancing between the supply and demand that form the price.

Where do we export? 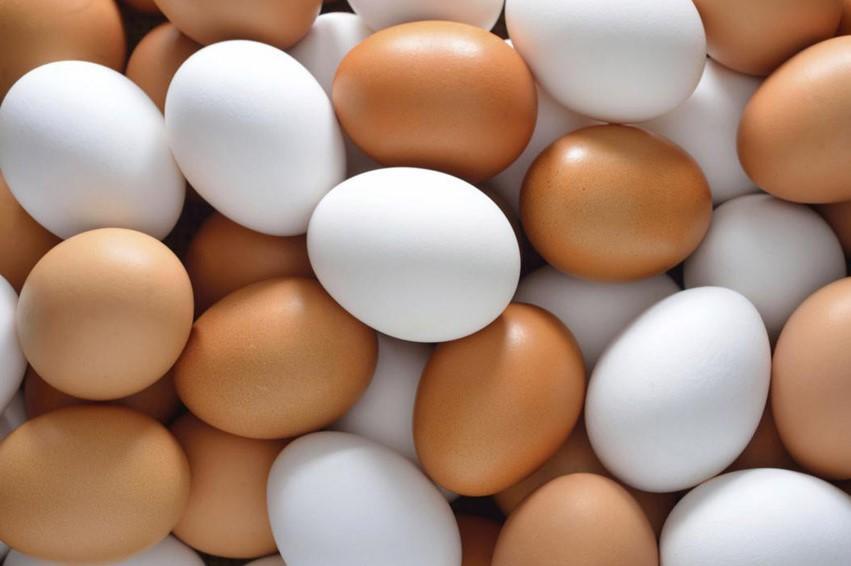 Since export constitutes approximately 40% of the total production, we will pay a special attention to the issue. Compared with 2016, egg export increased by 36-37%.

According to Oleg Katerynych, the director of the State Experimental Poultry Station, the structure of exports in 2017 changed. The share of the European and African countries has grown, but such changes are the result of the decrease in export of Ukrainian eggs to Asian countries. The main partner countries reduced the purchase of shell eggs: Iraq — by 61.8% (or USD 24 million) and the United Arab Emirates — by 15.4% (or USD 3.6 million). In turn, Denmark, the main consumer of Ukrainian eggs without a shell, reduced purchases by 34.9% (or USD 8.4 million). The share of African countries grew due to the increase in supplies to Liberia by USD$ 1.4 million, to Tunisia — by USD 1.1 million, and to Egypt — by USD 0.6 million.

"In 2017, the main export destinations for Ovostar Union were the Middle East and Africa — the UAE, Qatar, Saudi Arabia, Oman, Bahrain, Liberia, Libya, and Sierra Leone. Recently, our company has received permission to export chicken eggs class A (edible eggs) to the EU countries. In October, production deliveries to the Baltic States began. Due to the deficit of chicken eggs in some European countries, we plan to increase exports to Europe," said Alla Goloborodko, brand manager of Ovostar Union.

The popularity of organic products is growing by leaps and bounds. Production of organic eggs can soon become a trend in the poultry industry. At the moment, there are three certified organic egg producers in Ukraine: Eggs from Yablonskaya, Leleka-92 and Agro Radekhiv. The organic production process should be as natural as possible, and without the use of chemical preparations.

"Europeans are very attentive to their health, so the consumption of fresh and natural products is one of the most important aspects of their nutrition. Therefore, this direction has prospects for development and sufficient demand from foreign countries," said Oleg Katerinich, CEO of the State Experimental Poultry Station.

Unlike meat, vegetables and grains, in the production of which chemicals and pesticides can be used, organic eggs differ from ordinary eggs on other criteria. The quality of eggs does not depend on their color or the color of the shell. First of all, the eggs should be fresh and poultry should be kept and fed properly.

The situation in the market could be called stable, unless the increasing demand from EU countries. Time will show, how much chicken eggs will cost in Ukraine given the export increases. In the meantime, Ukrainian producers completely satisfy the needs of the domestic market. 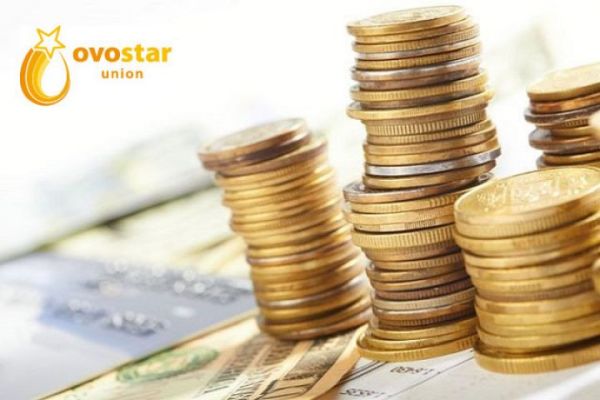 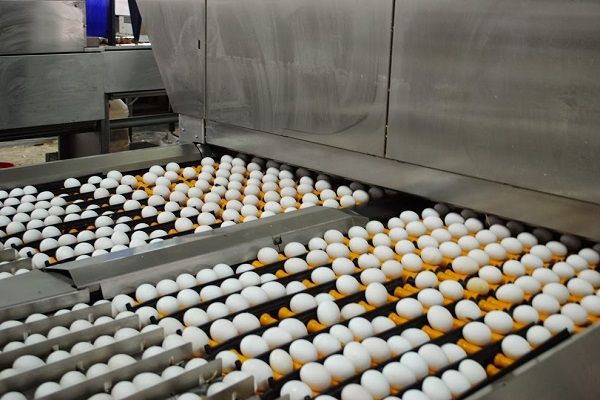