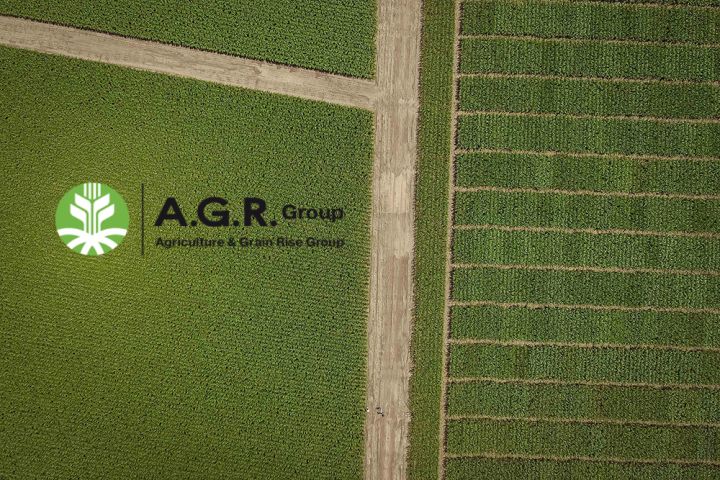 Farmland in Ukraine
Photo by: Latifundist.com

An evening in July. We make our way to the village of Tarasivka of Boryspil district, where the company Mega Management Project of A.G.R. Group is located. Latifundist.com team was invited for a tour by Davit Avagyan, the head of Brovary cluster, where in addition to Mega Management Project three other enterprises are based: Kolos 200, Traidagropostach-200 and Agro-Demetra. 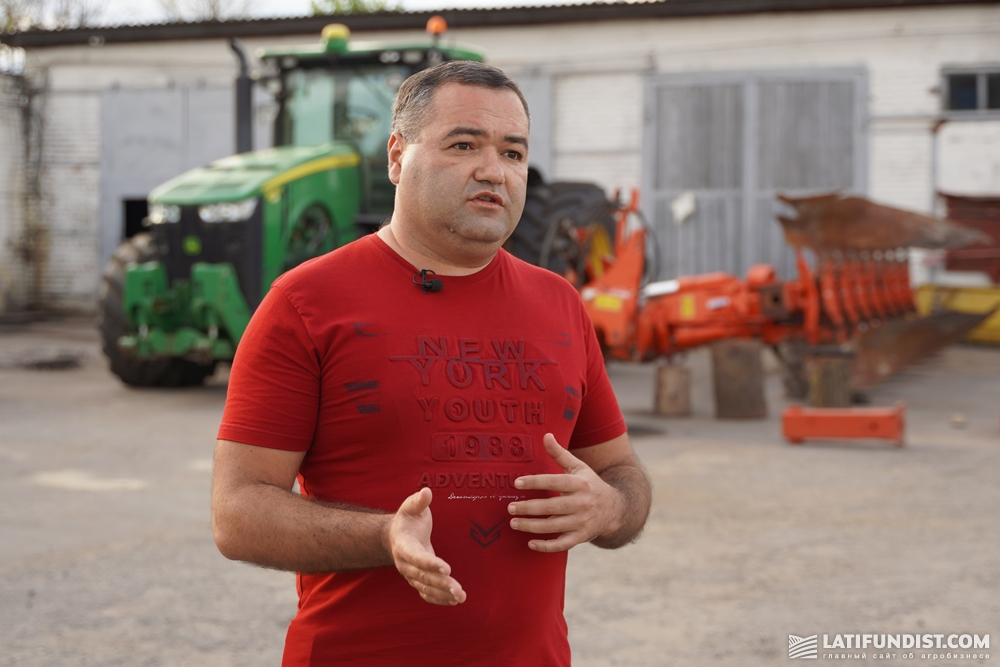 At the time of the visit, preventive treatment of corn borer and cotton budworm was conducted. Since such operations can be carried out when the temperature drops below +25 °C, we were expected in the evening. Our tour included not only the field visit, but also the unique grain drying complex, the renewed machinery fleet, and we were told how the new nutrition system improved the productivity of workers. But, one thing at a time.

Production and administrative premises of Mega Management Project are located on the territory of 2,5 ha. Before the company started its operation in 2013, there were only a few buildings inherited from the former collective farm (kolkhoz). In just a few years, a modern administrative building, a laboratory, where the new harvest is tested for quality and quantity indicators, metal warehouses (including a 20 thou. t grain storage), hangars for machinery and equipment and the pride of the enterprise — a grain drying complex with a solid fuel boiler house.

The complex is used for drying the company's corn harvest. It is equipped with Bonfanti dryer with a 400 tons per day capacity, 7 thou. t grain bin and a boiler room running on pellets. During the tour around the company's territory, Davit Avagyan told about the principle of the heat-generating plant's operation. According to him, the pellet bin is designed for 12 tons. The pellets are fed there in big-bags, after which they are shredded and sent to the furnace. There, the air is heated up to 1200 °C, after which it undergoes several stages and enters the drying process at 200 °C. The corn is fed into the dryer via a special conveyor. 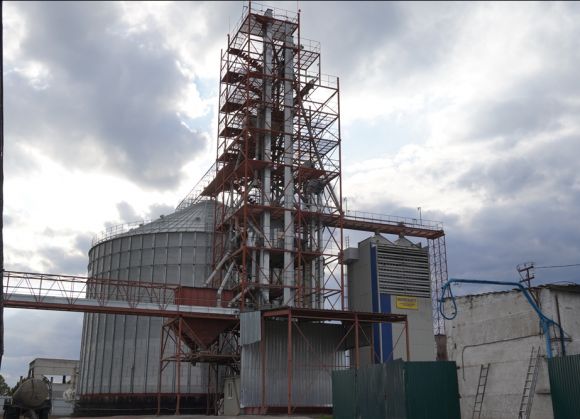 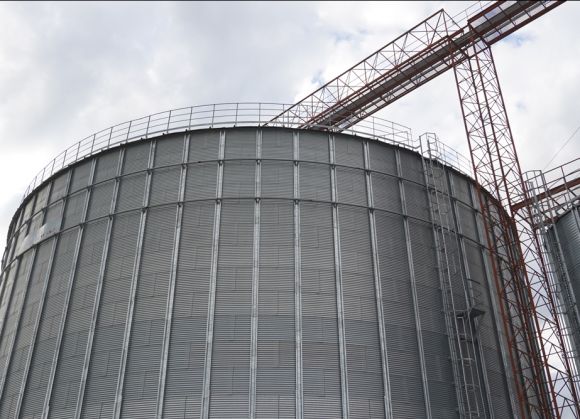 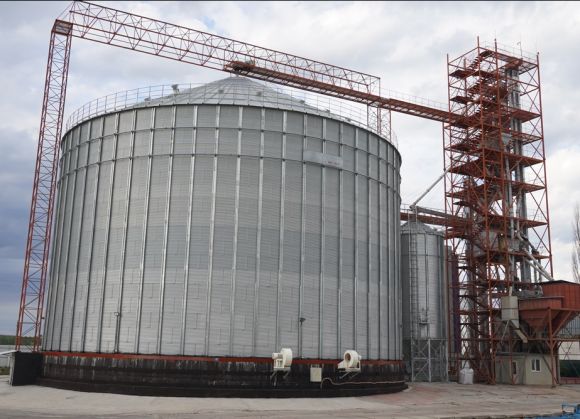 The enterprise does not produce pellets but buys them at tenders. As noted by the head of the Brovary cluster, the rejection of the use of natural gas led to significant savings in capital costs during the construction of the complex and the current costs of energy resources. The equipment meets all requirements, including environmental ones. There have never been any complaints about dust from the grain dryer from local residents, although there are private houses nearby.

The drying complex was undergoing repairs at that time. In autumn, when the active harvest campaign starts, it will be put back into operation.

"It has a staff of four people: two heat generator operators and two dryer operators. The whole process is fully automated. In other words, the workers only watch the sensors' indicators," said Davit Avagyan. 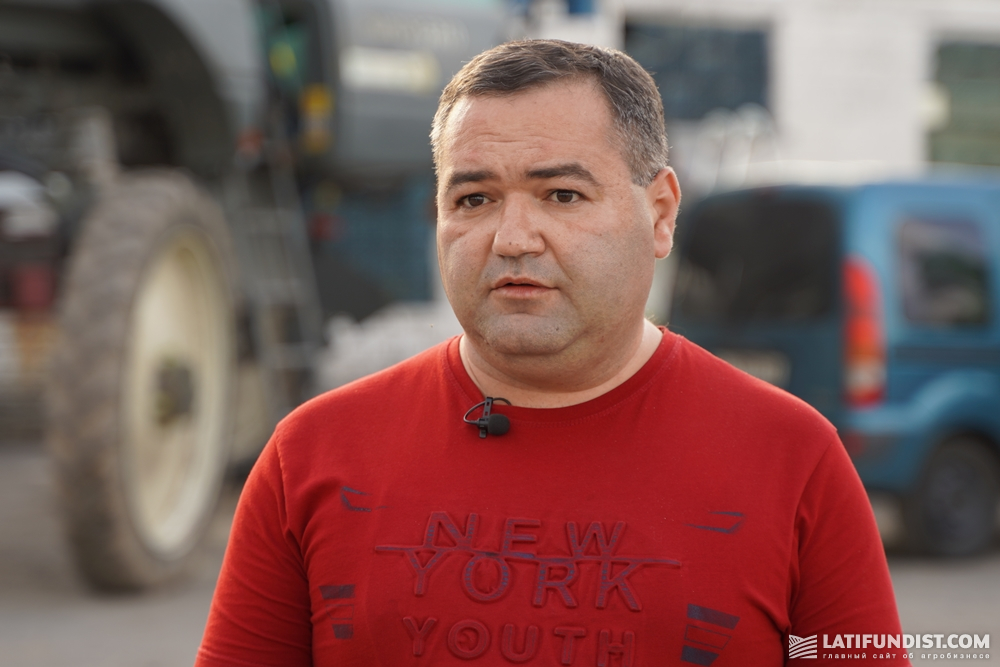 A.G.R. Group management is of the opinion that the repair of old machinery costs the company as much as buying new. That is why the fleet is updated regularly.

"This year two Case IH True-Tandem disk harrows were purchased for the Brovary cluster. The purchase of four CASE IH Ecolo-Tiger disk rippers is also planned. Last year, three KINZE 16-row planters were purchased. The machinery is used practically in all clusters of the holding. Their advantage is that they are suitable for two different crops," says Davit Avagyan.

We approach the hangar, where two new John Deere tractors are housed. Davit Avagyan says that two more such tractors will be bought soon. The choice was made on this model because of its functionality. The tractors were actively used during the spring fieldwork, and now they are being prepared for the harvesting campaign. 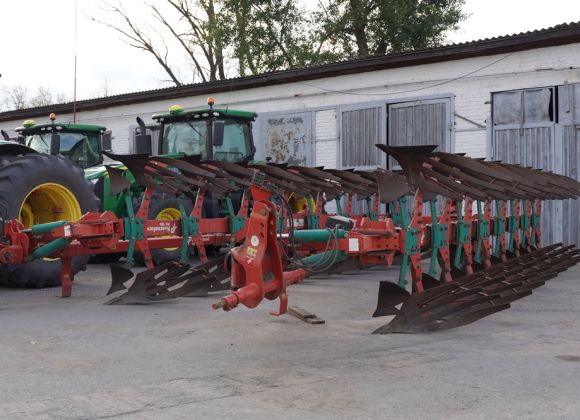 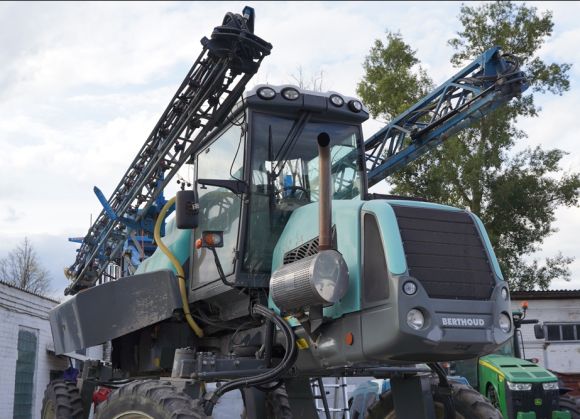 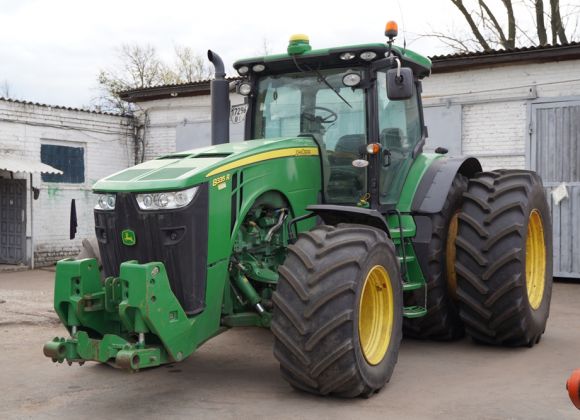 Mega Management Project avoids the use of hired machinery and covers its needs with its own fleet. As Davit Avagyan mentioned, they already have two John Deere tractors and two True-Tandem disk harrows ready for the harvesting campaign. The company operates its own licensed filling station.

"There exists a big problem with fuel storage in the agricultural sector, so the availability of such a station brings its advantages. First of all, we can control fuel consumption through the control system. That's why we don't have cases of diesel theft. Secondly, the fuel is of high quality, the barrels are licensed," the head of Brovary cluster noted.

Nutrition for the staff members

Mega Management Project is a kind of pioneer: first, they gave up gas and constructed a grain dryer running on alternative fuel. And about two years ago, as an experiment, they were among the first in the agricultural holding to start providing the workers in the field with ready meals in retort pouches.

"Since the start of the enterprise operation, machine operators, agronomists and labourers are provided with meals in the fields. The food was cooked here and then it was brought to the field. It was an uneasy task: the fields are scattered, and it takes up to three hours for the vehicle to get from one field to another, which is 50 km away. As a result, the food got cold, the workers had their lunch much later, which affected the efficiency of their work. We reported the problem to the management. And two years ago a rational decision was made: food sets were substituted by retort pouches supplied by Pyryatynsky Delicates under the brand name SmaCom," told us the head of the Brovary cluster.

According to him, the agronomic service submits a list of workers in advance. Based on these data and the duration of field works, a person is given either breakfast with lunch or a daily retort pouch in the morning. Food is quickly heated with a flameless heater. All the products supplied to the company were developed in partnership with scientists from the O.M. Marzieiev Institute for Public Health (IPH) of National Academy of Medical Sciences of Ukraine. 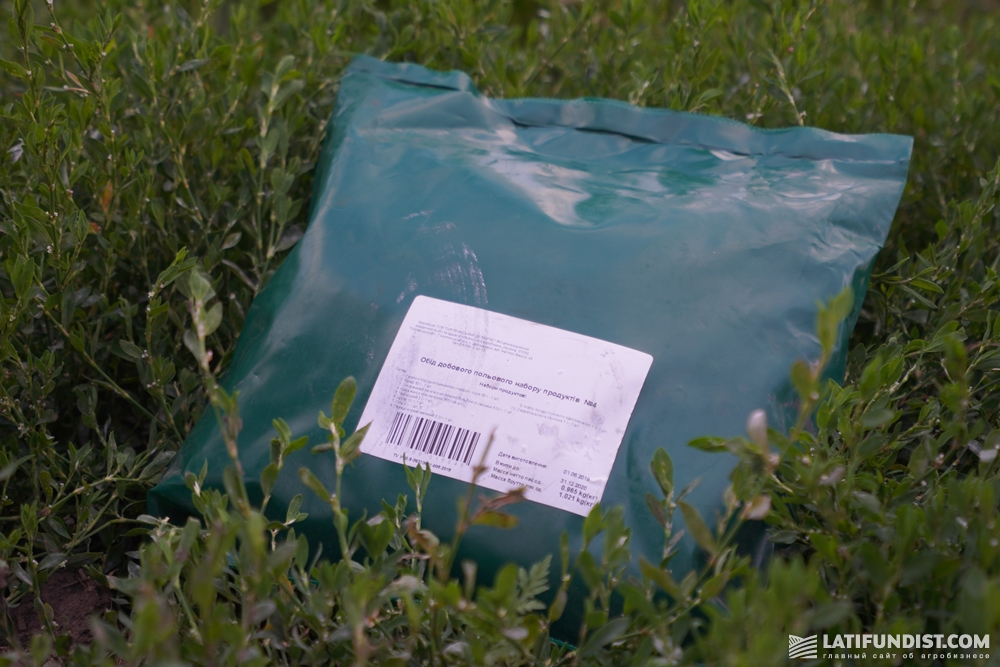 Switching to this food supply mode has had an impact on quality and productivity. As estimated by the company's management, productivity has increased by 25%.

"If you expect a person to work well, first you have to feed him well. Thanks to the new system of nutrition, our workers now do not wait for the delivery of food, but, depending on the specifics of the digestive system, eat at a convenient time. They are now more focused on fulfilling their functional tasks," Davit Avagyan explains.

He also added that today other agricultural holdings are switching to retort pouches having considered significant savings in logistics, canteen maintenance and grocery procurement. We asked the quality of food in the food packages. Davit Avagyan assured us that it is tasty and balanced.

"There are various kinds of porridge, meat products, borshch, soups, tea and bread. Food is delivered in vacuum bags, which is very convenient when it is a 40 °C heat outside — you do not have to worry about employees' health, the food will not spoil," he says.

During spring fieldwork and sowing campaign, 20-30 people are served with retort pouches in the Brovary cluster. In summer, when labour intensity is lower, only 10-12 people are served, in autumn 60 and more. Application for Pyryatynsky Delicates is formed in advance, thus the products are received just in time. And what do workers think about such food? We went to the field for feedback. 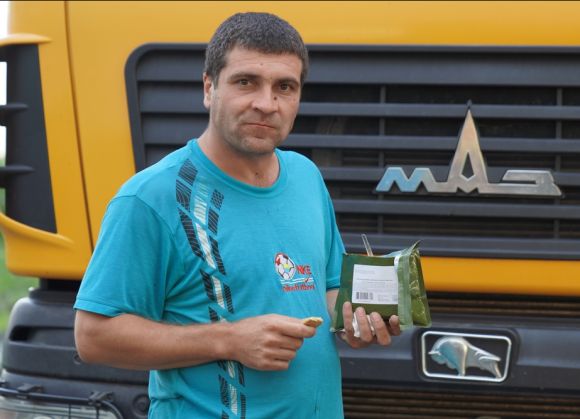 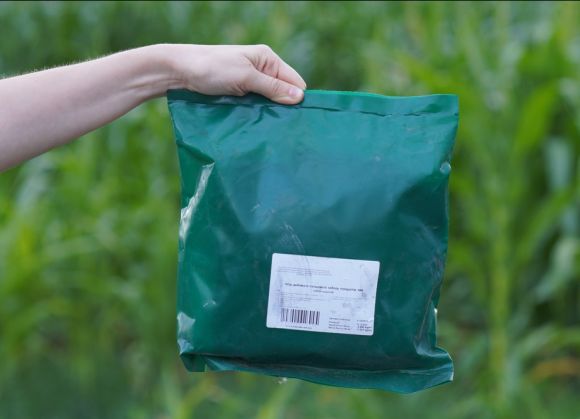 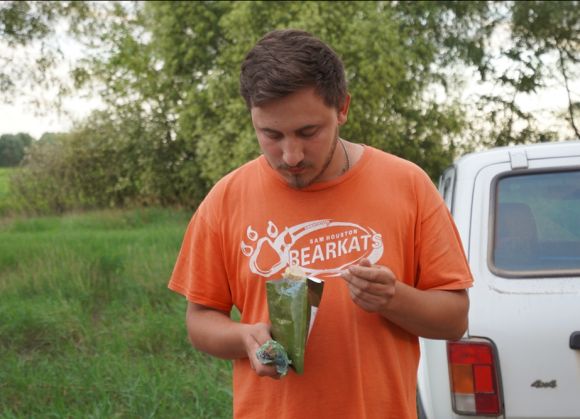 While we were heading to the place, the sky was clearing. We were in the field at sunset. The workers had dinner: roast, stew with vegetables, cookies and tea were on the menu. It is handy for them to eat at any time convenient, the food is tasty and very satisfying.

Our questions to Davit Avagyan about the company's corn and soybean production was preceded by Berthoud sprayer approaching us. The farm has several units of such machinery. They were bought three years ago, so there are plans to replace them with new ones soon. Sprayers are equipped with precise drive systems controlling the machinery's movement right between rows without damaging the crops. Correction signals are also installed on John Deere tractors. According to Davit Avagyan, the agricultural holding has long been using precision farming systems, which allow for more efficient cultivation of fields and fertilization without harming the environment. 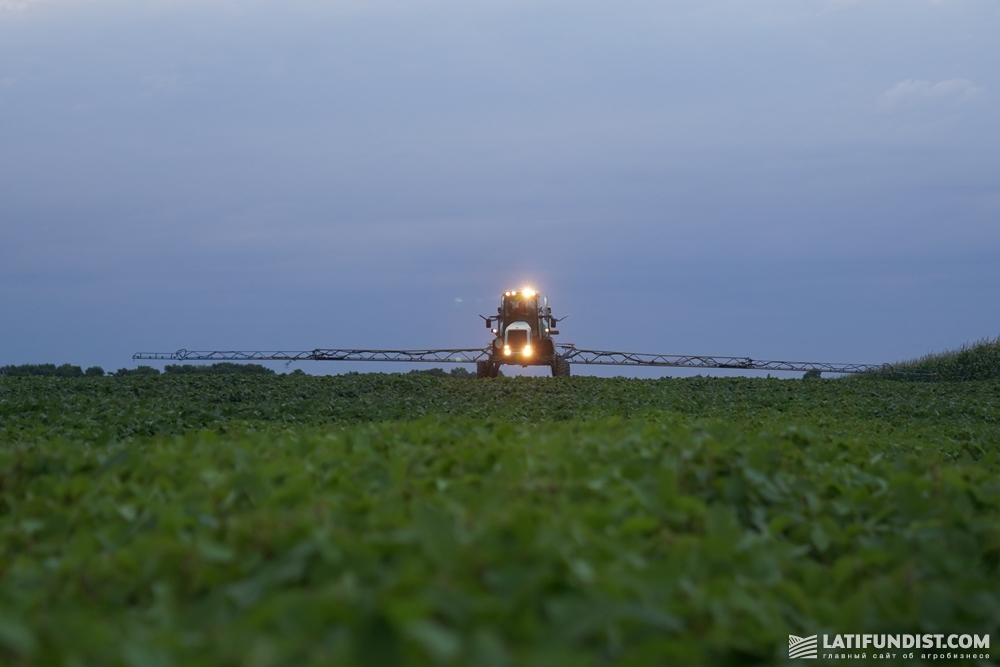 The Brovary cluster focuses on the production of two crops: corn on an area of 3.716 ha and soybean on 1600 ha. When we arrived, the planned treatment of corn borer and cotton budworm on the area of 40.5 ha was conducted. One spraying operation covers an area of 16 ha. A day earlier, fungicide and insecticide treatment on soybean was conducted. 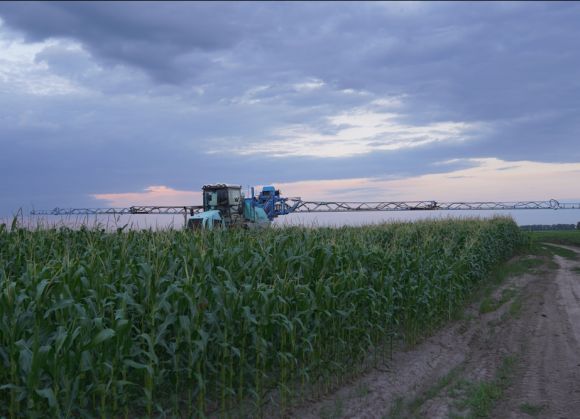 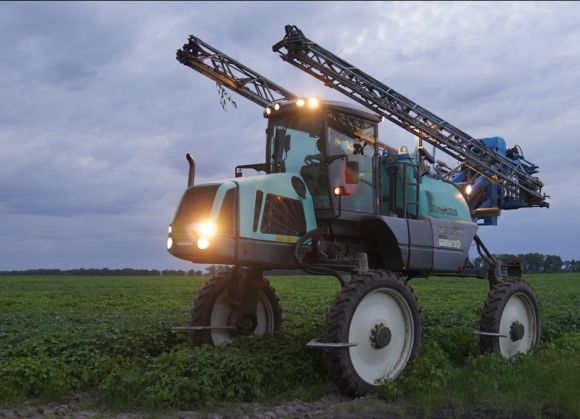 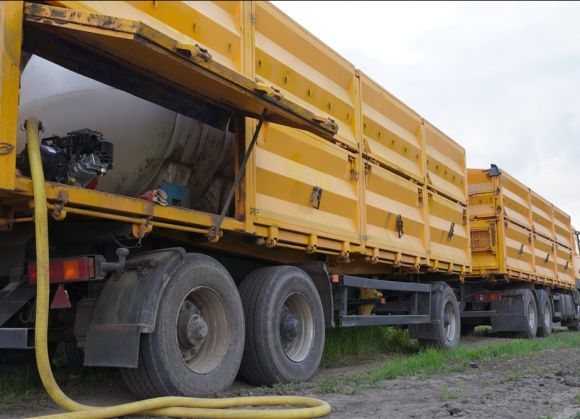 "We apply Coragen and Karatel Plus insecticides. We inform the local communities in advance that we will conduct treatment in the fields. Although these products are safe for bees. Each machine operator has the relevant technical chart for the required crop protection products. We deliver the ready-to-use substance to the field with MAZ Kolos trucks. The whole process is controlled by the chief agronomist. Once the fields are treated, the agro-control checks so that there are no missed spots. This is our last treatment on corn," Davit Avagyan says.

He also added that the farm adheres to two-field crop production: two years of soybeans and two years of corn. In response to the observation that in Ukraine there is a tendency to reduce soybean areas, Davit Avagyan said that he planned no reduction, but rather an increase of sown areas under this oilseed crop next season. 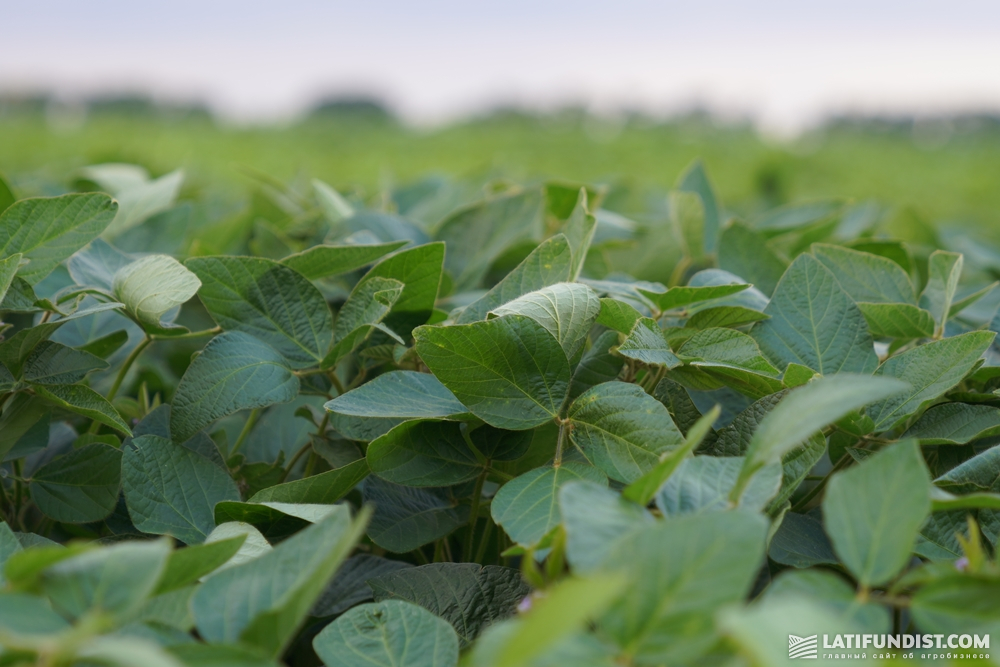 "We use the ATK technology in soybean cultivation. The company provides both seed and the appropriate protection system and technology. For soybean to yield, it requires agronomic control. Seeding and all the necessary treatments should be done in due time. If something goes wrong, one may blame low prices, poor profitability or low-quality sowing material. In the meantime, the field is completely weeded. What harvest can there be then?" Davit Avagyan sums up.

It was interesting to know that in A.G.R. Group each cluster manager understands agronomic processes and spends most of his time in the field. Three cluster managers were trained at the National University of Life and Environmental Sciences of Ukraine (NUBiP) and received diplomas of agronomists. Davit Avagyan was also among them. He is convinced that the success of the cluster is based primarily on teamwork.

"An agronomist and agronomic service are held responsible for the quality of work. But there is no strict division of labour. We help one another because we are a team," Davit Avagyan stresses. 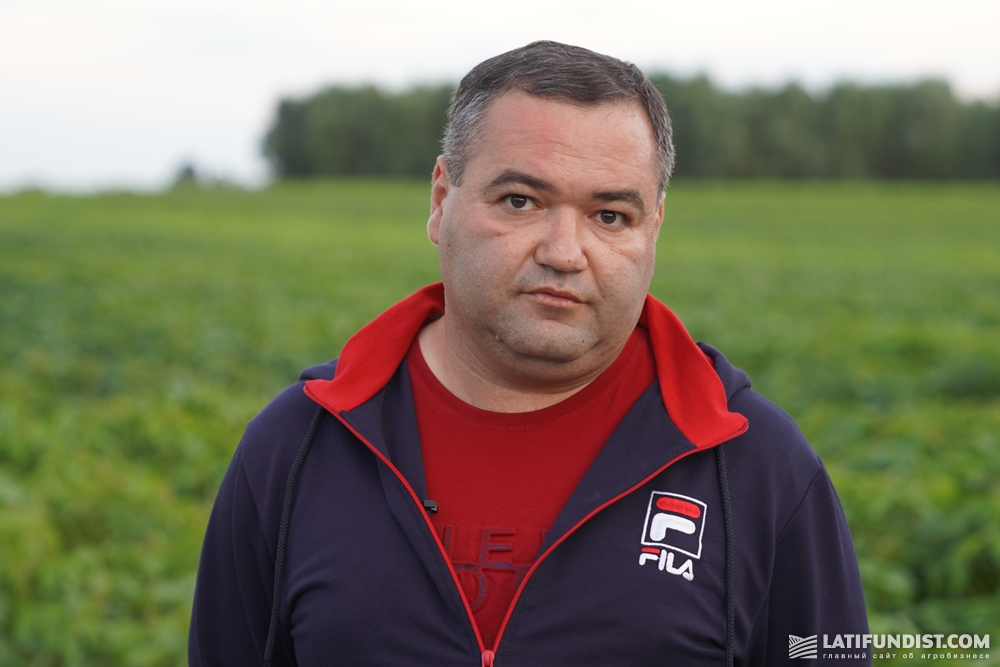 We were so involved in conversations that we did not even notice how it started getting dark. The fieldwork is in a full swing, and we are going home. 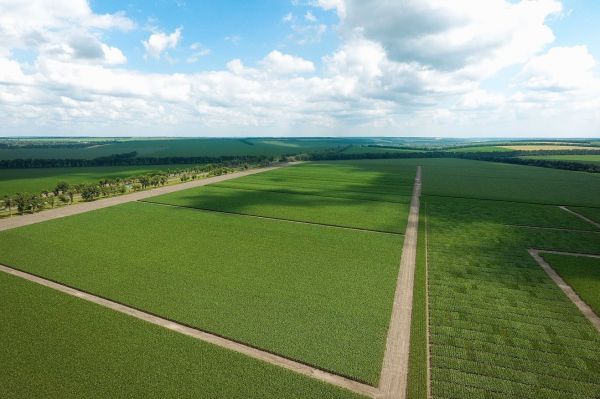 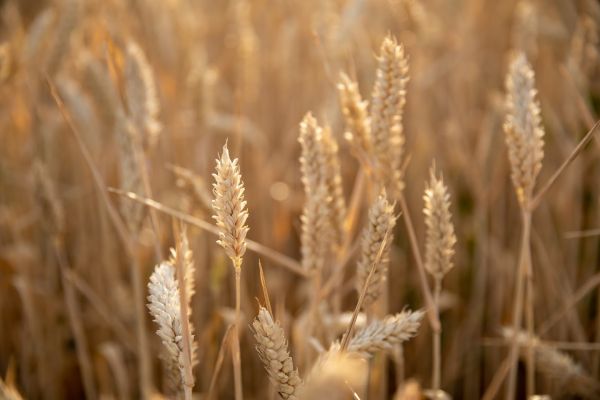 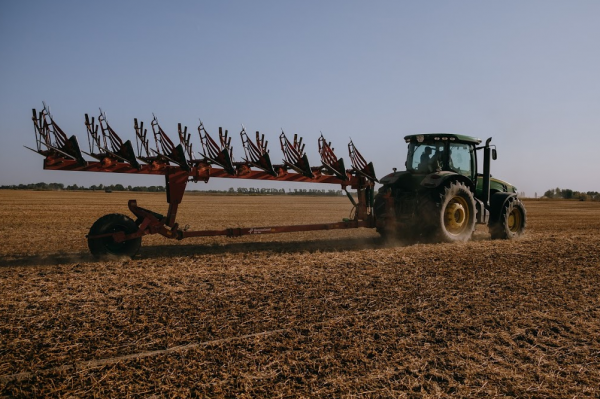