Ukrainian barley exports of 2016/2017 amounted to around 5.63 million tons. According to the customs statistics of the State Fiscal Service of Ukraine, more than 4.85 million tons of the crop worth 710.6 million USD were exported over that calendar year.

At the same time, market analysts are already adjusting their forecasts of possible volumes of barley exports following the current marketing season. In this regard, at the international Middle East Grain Congress 2018, Country Business Manager at Al Ghurair Resources Ukraine Oleg Levchenko stated that barley export could increase from the expected 4.2 million tons to 4.5 million tons.

He explained the figures by the forecasts of increasing barley production (up to 8.7 million tons) in Ukraine in the 2018/19 MY. To remind the reader, Ukrainian agrarians have sowed 825.5 thousand hectares of winter barley for the harvest of 2018. The volume of the crop is also expected to increase by almost 1.6 million hectares with spring barley.

Although the current marketing season is still in full swing, we have the results of the past one summed up. Based on the data provided by the home seaport agents, Latifundist.com ranked the largest barley exporters of 2016/2017.

At the end of the 2016/17 MY, the company NIBULON traditionally became one of the largest agroexporters in Ukraine. Last season the agro-holding exported 4.65 million tons of grain despite the increased competition between the local traders in the domestic market.

In the previous marketing season, the company was engaged not only in strengthening its positions in the already developed markets (Middle East, North Africa, the European Union), but also in opening up new markets in Southeast Asia and Africa.

In the 2016/2017 MY, the company reported enhanced export rates which were facilitated by the introduction of a new open tender system in Saudi Arabia. NIBULON participated in tenders for barley exports to the country and boosted its grain exports to fulfill the tender obligations.

According to the analytical system YouControl, Louis Dreyfus Company Ukraine exported more than 6.5 billion UAH of agricultural products in 2017.

Most of the subsidiary exports included wheat and corn. At the same time, barley accounted for 15-20% of the export volume. Compared with the results of 2016, the sales returns for barley export grew from more than 250 million UAH to more than 1 million UAH.

Louis Dreyfus opened a subsidiary in Kyiv in 1995. Today it is one of the largest exporters of grains and oilseeds as well as sunflower oil. The company’s performance remained unchallenged despite 9 top managers’ resignations in offices around the world. Louis Dreyfus was also the first agro exporter to use the blockchain technology for signing an international contract.

The company Granum Invest, which launched its operations in 2012, is one of the biggest exporters of grains to China.

Although Granum Invest positions itself as an active Ukrainian company, constantly developing and occupying leading positions in the agribusiness of Ukraine, the founder of the grain trader is a Cyprus firm Alambineto Holdings Limited, and the beneficiary is a Cypriot Maria Mita.

Interestingly, according to YouControl, Granum Invest had a second founder — a Cyprus offshore company Frankiro Holdings Limited — until September 2016. It is worth pointing out that the latter is associated with the Ukrainian businessman Sergei Taruta, who is the creator and informal leader of the political party Osnova.

Granum Invest is known to export grain and oilseeds to the countries of the Middle East, East Asia, North America and the European Union.

The Ukrainian subsidiary of Archer Daniels Midland Company (ADM) exports grain, meal, flour and sunflower. Besides, the company owns an Illichevsk oilseed processing plant in the city of Chernomorsk, Odessa region with the capacity of 200,000 tons per year. The company is also successfully engaged in processing oilseeds on give-and-take terms and owns 6 linear elevators as well as one marine and one river elevator.

During 2017, ADM Trading Ukraine was a monthly figure in the TOP-10 largest recipients of VAT refunds. In addition, it entered the top one hundred list of the largest Ukrainian companies, taking the 61st position.

According to the analytical system YouControl, the export revenue of the company in 2017 amounted to more than 20 billion UAH. The share of feed barley in the total export volume of ADM Trading Ukraine accounts for 5 to 10%. As of February 23, 2018, the grain price is 4450 UAH/t.

According to the analytical system YouControl, the export revenue of State Food and Grain Corporation of Ukraine (SFGCU) amounted to more than 9 billion UAH in 2017. The share of barley in the total volume of the exports of the corporation was over 10%.

The last marketing season was also successful for SFGCU in terms of exporting flour milling products to foreign markets. In 2016/17, the corporation exported 78.9 thousand tons of flour and bran, which is 46% more than the export volumes of the product in the previous season. By the way, the volume of the finished goods production also increased by 3% to 160 thousand tons.

According to the press service of SFGCU, the corporation continues its active support of Ukrainian agricultural producers by implementing forward programs. Within the framework of the forward program in 2016/17, SFGCU advanced agrarians more than 220 million UAH. During the spring forward, which started on February 12, the corporation plans to increase the loans by almost 1.5 billion UAH.

Earlier in January, the Cabinet of Ministers of Ukraine agreed on the appointment of Iryna Marchenko as CEO of SFGCU.

Glencore is one of the largest agroexporters in Ukraine. Until July 2017, the company was also engaged in agricultural production. However, with the permission of the Antimonopoly Committee of Ukraine, more than 74.7% of the share in the authorized capital of 10 Ukrainian agribusinesses owned by Glencore International AG was acquired by Renvior Trading Limited (Cyprus) and Epicentre K. Accordingly, some market experts believe the share could have become part of Agroholding 2012 owned by Halyna and Oleksandr Hereha.

According to the analytical system YouControl, Glencore Agriculture Ukraine exported more than 8.5 billion UAH of agricultural products in 2017. The share of barley in the export volume exceeded 10%.

From season to season, Kernel traditionally maintains its leadership in Ukrainian grain exports with a share of about 9%. The company exports up to 80% of agricultural products to the countries of the Middle East, North Africa and the EU, and about 20% — to the south of Africa and to East Asia. The company’s logistics relies on its own network of elevators and two deepwater port terminals on the Black Sea coast.

According to the analytical system YouControl, the company Kernel Trade exported more than 42.5 billion UAH of agro products in 2017. The share of barley in the total export volume of the company was about 3%.

According to the latest data on the Top 100 Latifundists of Ukraine, Kernel became the leader of the rating by the volume of the land bank.

The international company Bunge is an active participant in Ukrainian grain exports through its subsidiary Suntrade. According to the analytical system YouControl, the export revenue of the company in 2017 was estimated at more than 17 billion UAH with the share of barley accounting for less than 3% of export earnings.

Last year, the parent company Bunge tripled the net profit from trading operations in the grain sector to 116 million USD compared to that indicator of 2016.

At the end of the year, the company Bunge Ukraine, which owns the above-mentioned firm Suntrade, figured in a tax evasion scandal. At the same time, Suntrade was ranked in the TOP 20 largest taxpayers in the agro-industrial complex of Ukraine.

Engelhart Commodities Trading Partners (formerly BTG Pactual Commodities) began operating in Ukraine in 2014. It is represented in almost all major international shopping centers of the world.

In the past two marketing seasons, Engelhart CTP (Ukraine) was constantly on the list of the twenty largest Ukrainian exporters of agricultural products. Besides, it is a registered exporter of grain and soybean to China.

According to the analytical system YouControl, the income of the company from Ukrainian exports amounted to more than 2 billion UAH. In particular, barley sales account for about 20% of export earnings of Engelhart CTP (Ukraine).

The company Black Sea Commodities Ltd was founded in 2015. Its official legal address is listed in the United Arab Emirates. In the market of trading services, the company positions itself as an international agricultural trader specializing in the supply of grain and grain processing byproducts. In particular, the company acts as a supplier of wheat, barley, peas, corn, lignin, flour and bran.

According to Latifundist.com, Black Sea Commodities Ltd regularly trades with Vtormeteksport. For several years, Vtormeteksport has been listed in the ratings of the largest grain exporters. In 2017, it exported more than 250 million UAH of barley, which was shipped to counterparties from the UAE, as stated by YouControl. 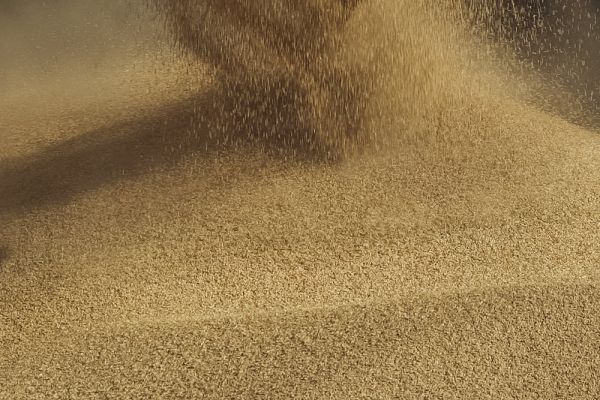 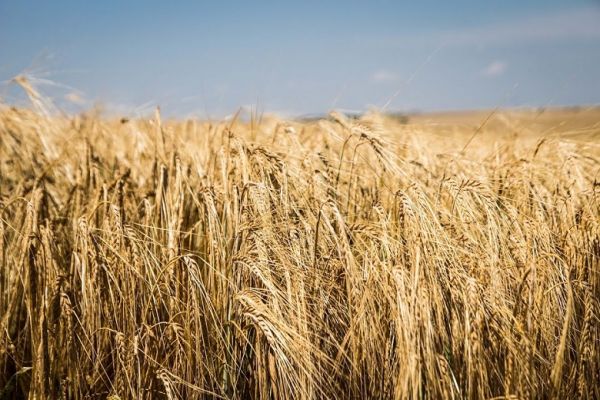 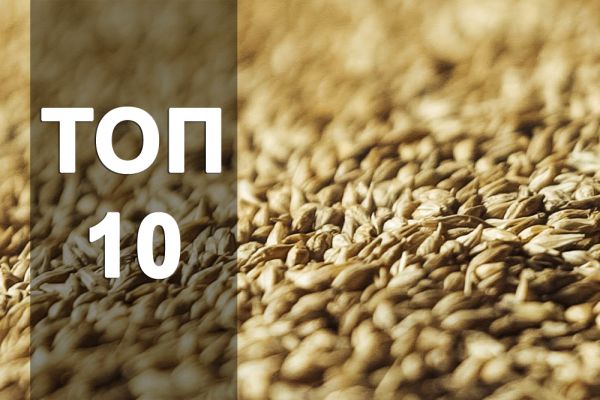