Dairy Cattle Breeding in A.G.R. Group: Are Prospects Worth the Risks? 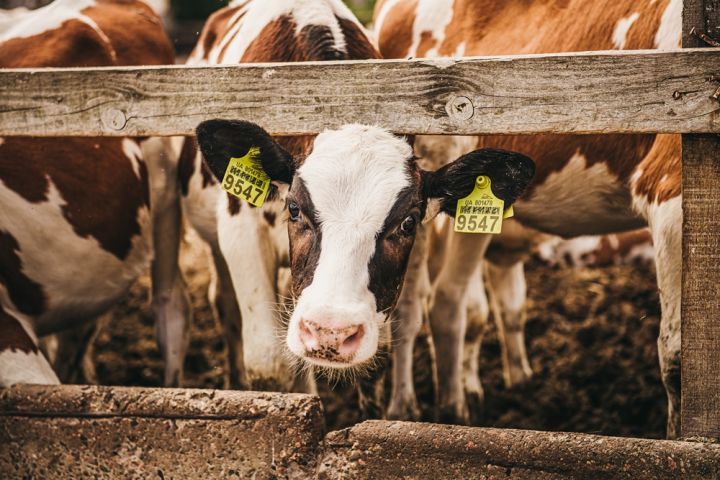 The dairy cattle breeding business direction was established in A.G.R. Group back in 2016. Then the company bought three farms in Lokhvytsia district in Poltava region: in Lokhvytsia, Kharkivtsi and Vovkivske villages. The investment is quite risky, given the common situation on the dairy cattle breeding market, but at the same time, it is also promising. On the one hand, market participants are reducing the number of livestock on the unprofitability of such activities. On the other hand, milk as a raw material is deficient, and this creates opportunities for those willing to work in this market. Can these opportunities outweigh the risks? In search of an answer, we visited the farm of A.G.R. Group in Lokhvytsia. 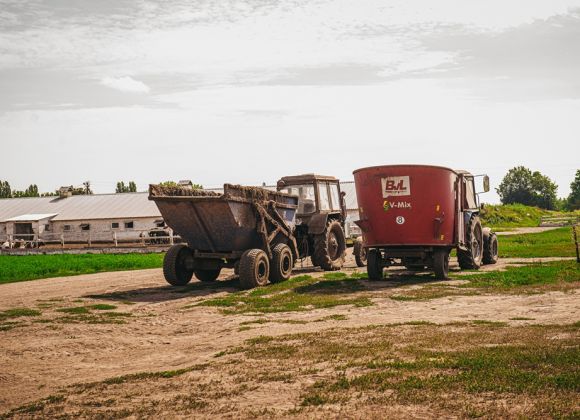 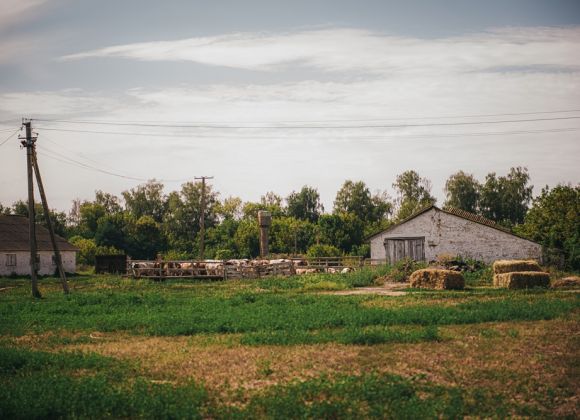 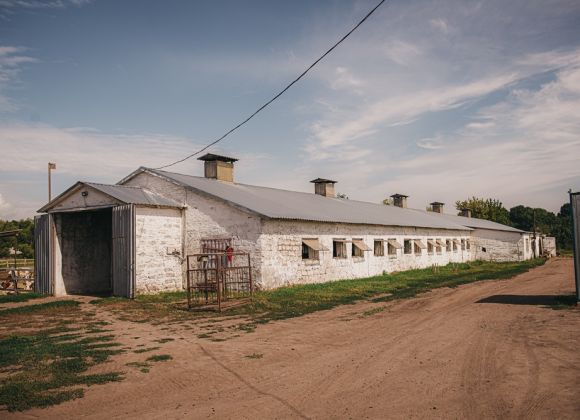 The company started its cattle breeding with three farms housing a total of 526 cows and about 700 heifers and bulls of different ages – the farms were actually bought with these animals already in. Today the number of cows and young stock is almost equal: in 3 years, the number of cows was increased by 140 head, and the number of young stock remained approximately the same. This was done purposefully to achieve the profitability indicators.

"Today, the 50/50 balance of cows and young stock fully justifies itself, because this way it is possible to produce a cost-effective amount of milk for sale and to meet the economic needs, and our own young stock fully covers the need for the replacement of the stock," Head of the Department of Livestock Development at A.G.R. Group Volodymyr Zolotar says.

Poltava is a favourable region for livestock breeding,

Taking into account that feeds account for up to 60% of the production cost of a kilogram of milk, this is a tremendous advantage. According to Volodymyr Zolotar, it became the basis for the profitability of A.G.R. Group's farms. He added that today all animals here are fed exclusively with the feed of their own production, only sunflower cake and additives necessary for proper metabolism are purchased, including salt, soda and chalk. 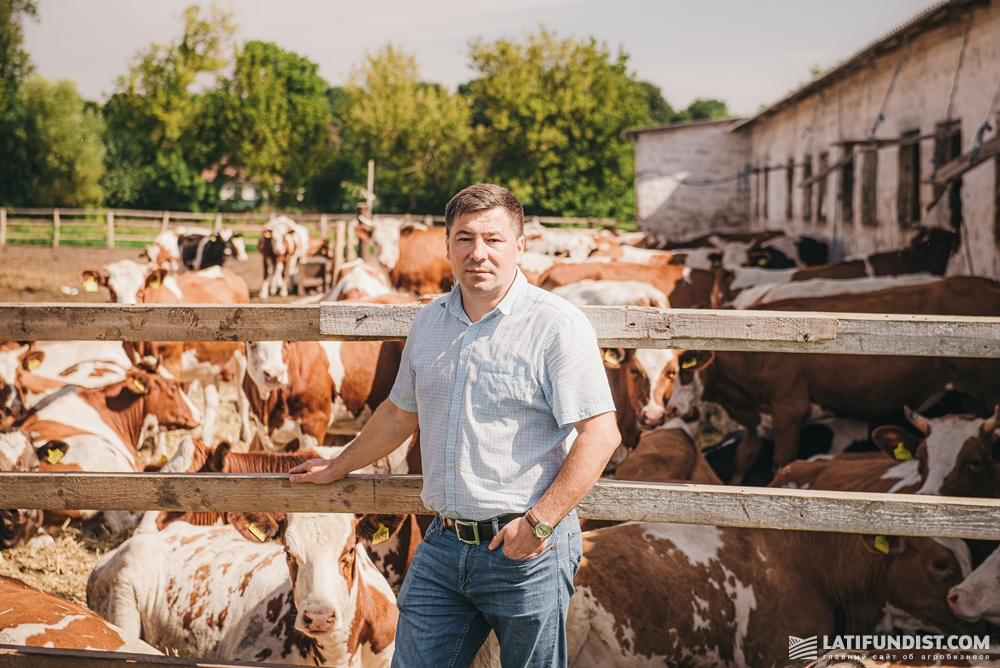 The feed mill is operating separately: it produces feed for all the three farms and it is delivered 100% ready to each. Now the feed is prepared according to 5 recipes for different age groups to ensure the required productivity and to satisfy the animals' needs for nutrients at all stages. The recipes are based on sunflower and soybean cake, wheat and corn grains, salt, soda, chalk. Each farm has new feed mixers, in which roughage is mixed with concentrated feed. Then they are fed to the animals. 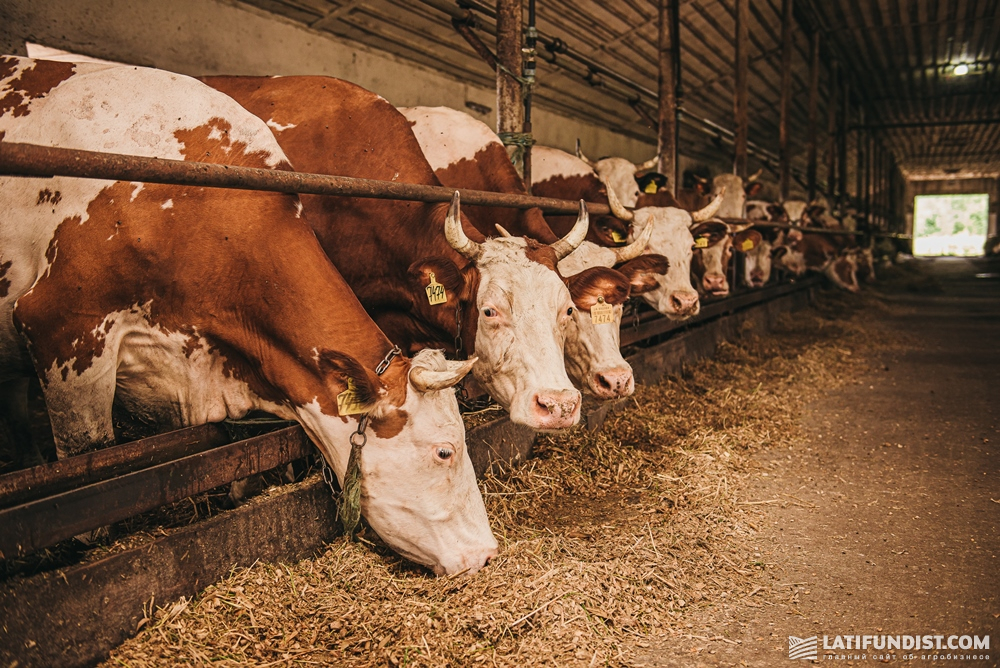 "At this stage, we do not introduce any vitamins, mineral additives, protective components, yeast, etc. into the feed. For now, it is profitable for us this way. Perhaps, from next year on we will introduce additives in one of the farms. We consider this possibility only because we already have generations of young stock produced from quality semen. These heifers should increase their productivity every year. Our task is to support this process. Actually, for a 15% increase in productivity at least two generations should be passed: a cow must be fertilized with quality semen first, and then the second generation as well. It is the third generation that will demonstrate a noticeable increase in productivity. This process takes time. It would be much faster to improve genetics by buying a new herd, but this requires a huge investment, which pays off within a decade. We have chosen the way yielding no quick results but with stable profitability and gradual improvement," Volodymyr Zolotar comments.

After the purchase of cattle farms, A.G.R. Group invested the bulk of funds in repairs and modernization. Besides, three years ago there was a fire at the farm in Lokhvytsia and two facilities had to be completely renovated. In fact, only the walls remained, everything else was completely removed and rebuilt in a new way, with new materials. For example, now the ceilings are high enough, before they were low and the animals lacked ventilation. In all 9 animal houses at three farms, lighting was redesigned, the water supply was upgraded and feeding system was rebuilt. 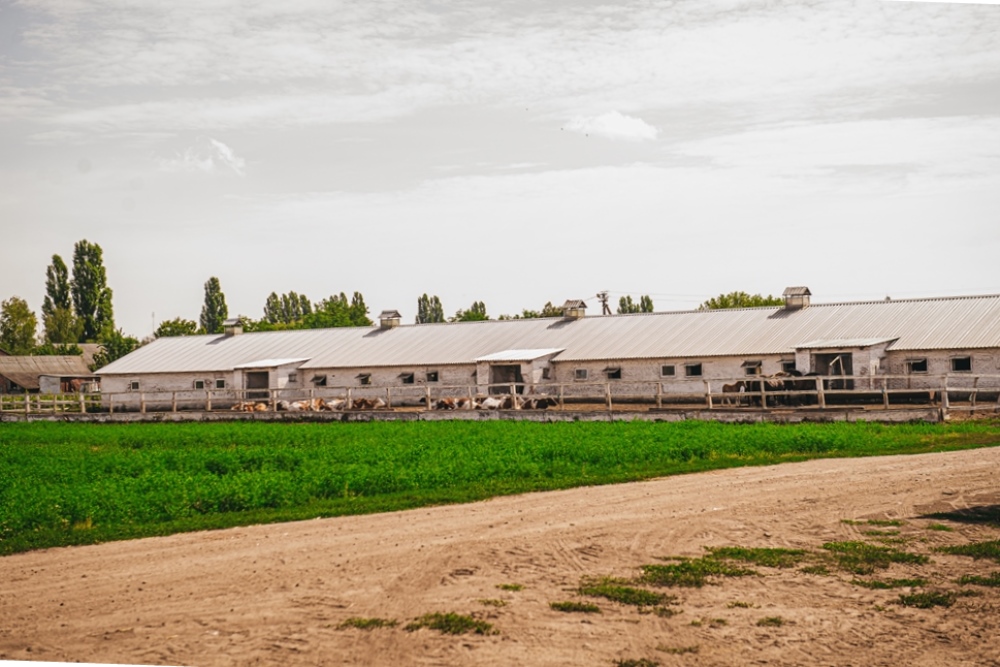 "We do not use incandescent lamps any more. They often burned out as a result of voltage variations, and light is important for cows. Animals sleep when it is dark. And the right lighting helps cows stay awake and consume more food. Now, even in the afternoon, we turn on the light in the hallway. Water supply is a big problem in most of all old farms, for some reason they did not pay attention to it before. As a rule, animals drink a lot and intensively in hot weather, but without a pressure station, it is impossible to supply enough water. We have equipped the station, which regulates water pressure, and now we have permanent access to it," Volodymyr Zolotar speaks about the work done.

The company also invested in the modernization of the milking system. In particular, the shift was made from single-stroke pulsation to milking with a two-stroke pulsator. Also, 2 new milk pipelines were installed: one for 200 cows, another for 100 cows. There is no milking parlour at the Lokhvytsia farm yet, but we were told that the milking parlour is used at the Vovkivske farm and it proved to be efficient: if operating a dairy pipeline with the capacity of up to 50 cows requires one operator, then one person in the milking parlour can manage 100 cows. 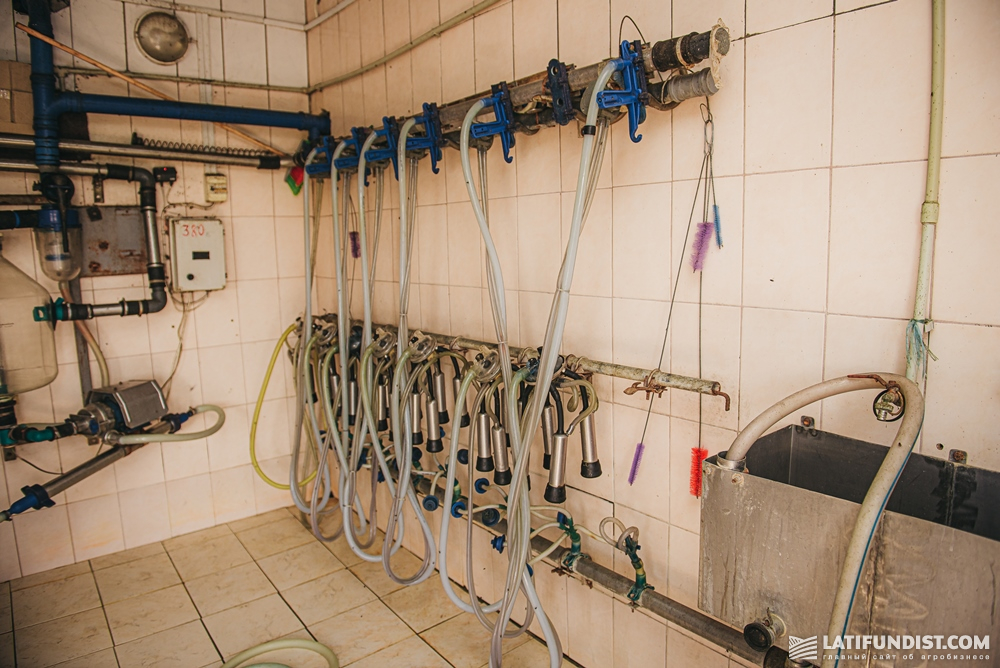 There is no heating at the cattle house but we did see the wood on the farm, it is used for heating water to clean the cows before milking. The milk pipes are also washed with hot water.

The milking process is standard: after washing, the cows' teats are treated with hydrogen peroxide, examined for mastitis and then the machine is attached. After milking, the teats are treated with iodoglycerin. On all farms once a month, a control milking is performed, the results of which are then reflected in a spreadsheet. The physiological condition of the animals is analyzed according to it, and as needed, the housing conditions, ration, etc. are reviewed. 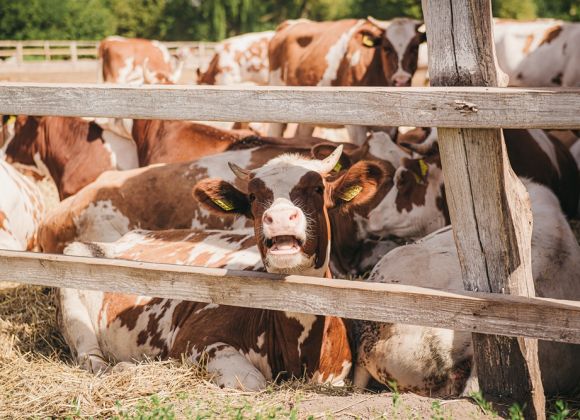 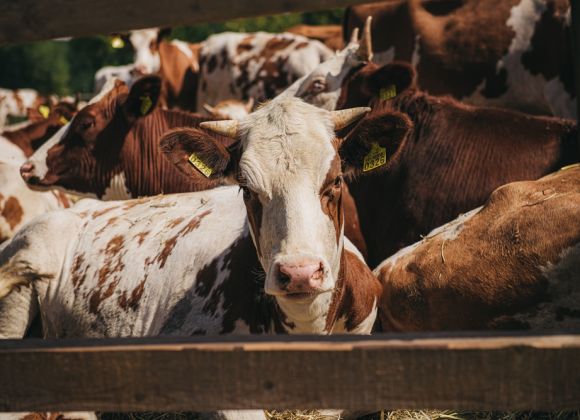 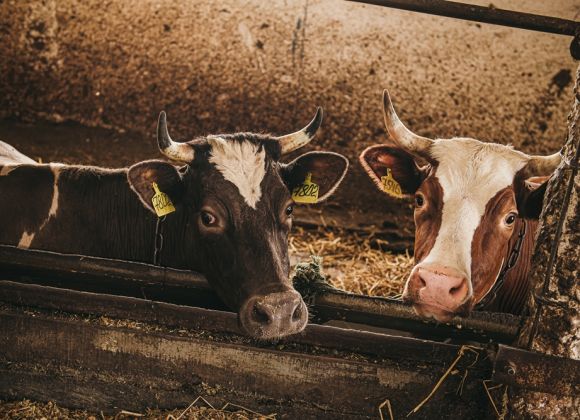 Total milk yield at three farms today is about 12 t of milk per day – this is twice as much as in 2016. At that, the milk yield per cow has increased insignificantly. On average this indicator was and still is about 20 liters per day, and 26 liters at the Lokhvytsia farm specifically. More milk is produced by increasing the number of cows by 140 head. It was the very balance realigning of the dairy herd and the number of young cows that gave such a result.

"The basis of dairy cattle breeding as a business is not the amount of milk produced, but the profitability that this milk provides. It is possible to milk much from one cow every day, but it is not profitable because of the high cost of feed. Today we work with stable profitability. The cost of a kilogram of milk is about UAH 4.5-5, and we supply to milk processing plants at UAH 10.4 on average," Volodymyr Zolotar comments. 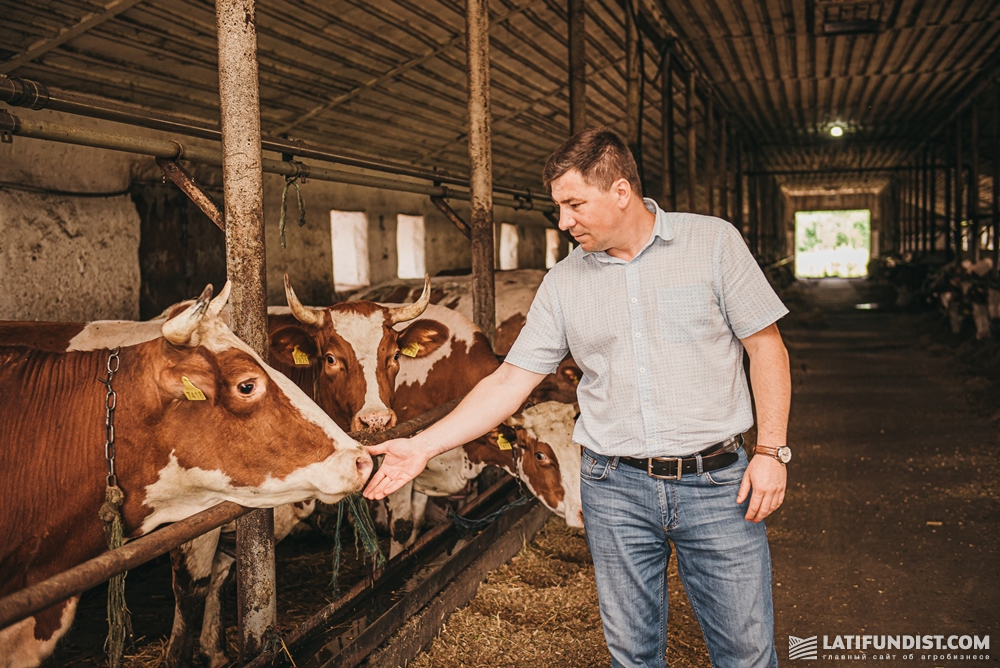 He also explained that just over 2% of milk is used for farm needs, and the rest is sold to the dairy plant. Now the dairy farms of A.G.R. Group partner with one dairy plant, although the best format is to cooperate with two to be in a more advantageous position. Until recently, there was one more contractor, but the cooperation was terminated for bad faith of the former partner.

At the Lokhvytsia farm, as well as at the other two, before the milk consignment is formed, it is tested for basic parameters, along with antibiotic testing. By the way, no bulls are kept here, only heifers. The company says that it is economically unprofitable for dairy farms, so newborn calves are sold to the local population.

There is no calving facility at the farm. Animals calve in a group, and the calf is near the group for 7-10 days on average after birth. Then, if it drinks well and feels good, it is passed on to a breeder who takes care of calves until the age of 2 months. 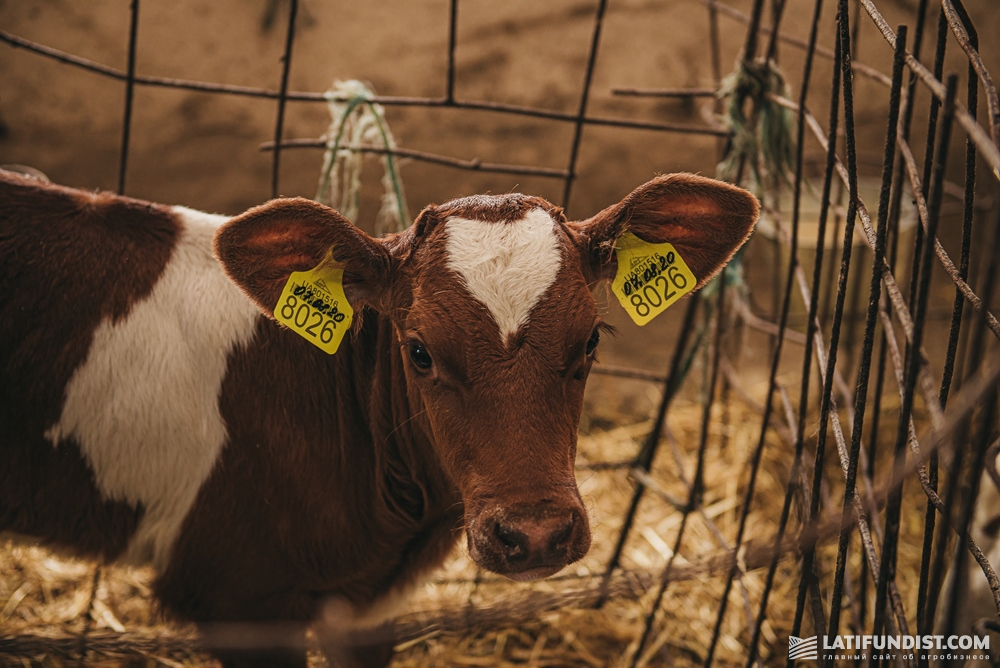 People at the farm play a very important role. Personnel are given serious attention from the very beginning. Volodymyr Zolotar noted that it became possible to set up an efficient production process and start working profitably after a responsible and motivated team was formed.

"It is difficult to replace any person who is now working in the cattle breeding industry. Just hire a person for a simple job, such as a forager who collects the leftovers of feed. Yet the milking machine operator must understand the specifics and be able to work with the equipment, as well as a mechanic, tractor driver and other specialists. We carefully approach the personnel issue, train our staff and value everyone, as it is not easy to replace somebody," Volodymyr Zolotar stresses. 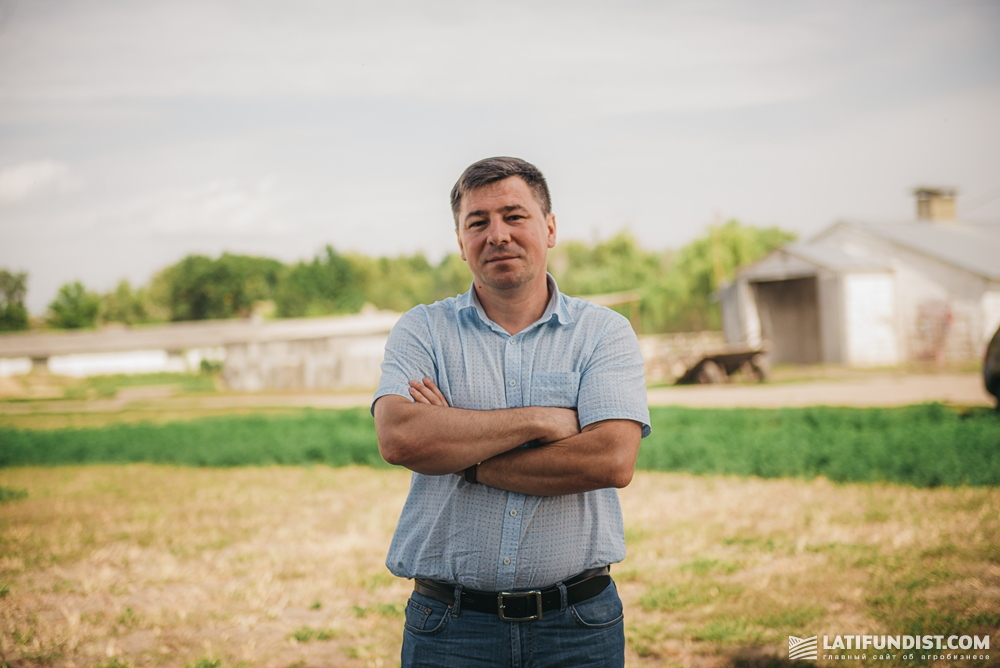 These days, as a response to the coronavirus Covid-19 spread in Ukraine, all farmworkers are provided with protective masks and antiseptics, although the employees have no close contact with each other. As before, they are brought to work and back home. The staff is all local, all live within 15 km from the farm. Although in the nearest future the modernization and computerization of the farms for more efficient production are planned, the personnel issue is addressed here equally with these processes.

The key line of our conversation during the visit was a rational approach, deliberation, responsibility, strategic thinking and
balance in economic activity.

Volodymyr Zolotar is convinced that dairy farming can be a profitable business in Ukraine if one does not pursue the instant result but objectively evaluates his own capabilities, calculates profitability and maintains a balance between technical capacity and human potential. Perhaps this is what can produce a result that outweighs the risks associated with dairy farming under current conditions. 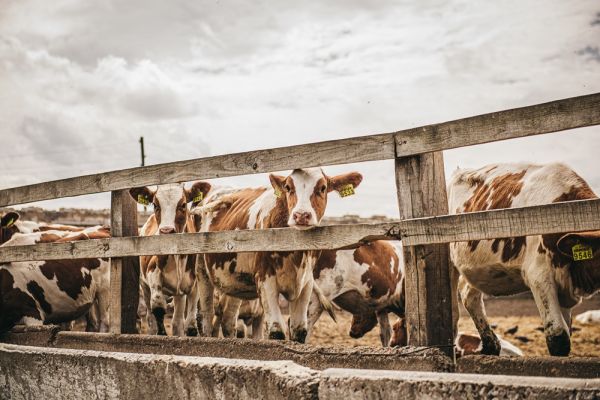 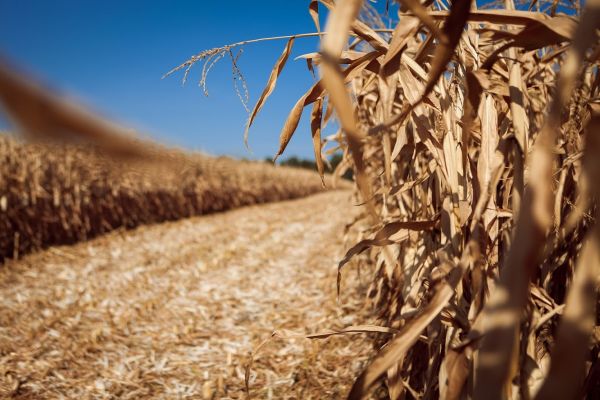 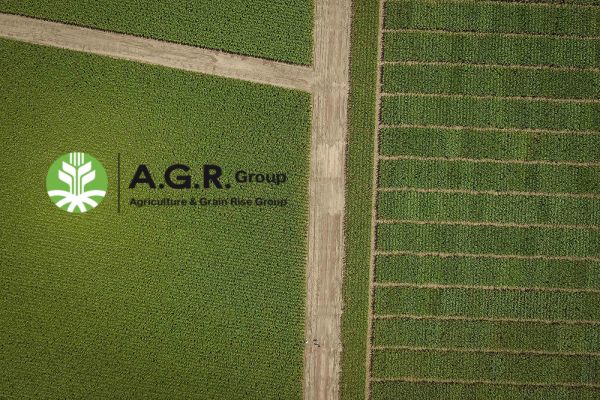